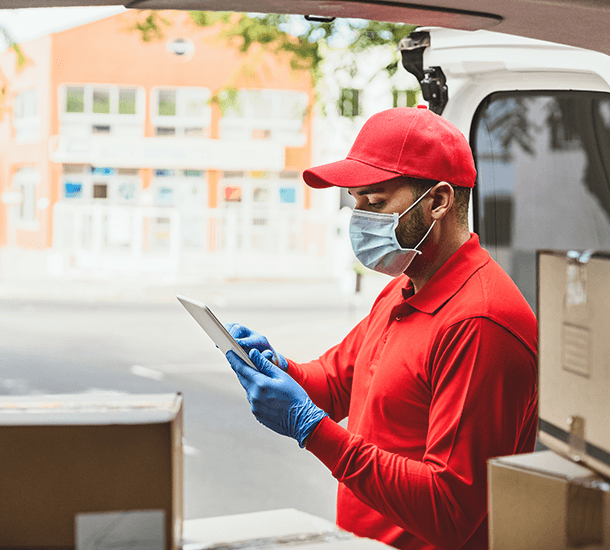 In the United States, while we have not seen the predicted 4th wave in March, what we have seen is a flattening of what had been a steep decline in the number of cases. For the past two weeks, the United States case rate has held at about 17 cases per 100,000 per day, right in the middle of the controlled community transmission range. The only real trend has been that the highest case rates have continued to be in the northeast with New York and New Jersey consistently at the highest levels. In the rest of the country, case rates have been moving up and down with no apparent pattern based on lockdowns, vaccination status, or other potential drivers. The obvious question is what is pushing this increase? It is most likely multifactorial with COVID fatigue including spring break activities playing a role, but the increase in variant cases, almost entirely the UK variant, is likely also a factor. Fortunately, the evidence is good that the vaccines are all fairly effective against this UK variant. So now we’re in something of a race to get as many people vaccinated as rapidly as possible so that the variants do not have a significant opportunity to get a foothold and lead the way to a new wave.

At this point, all major models continue to point to a further decrease in cases which is, of course, good. However, over the past month, the same models continued to point to further case count decreases even as the decrease flattened. As we have seen in both directions, models always have to be taken with a grain of salt.

While the case counts are flat, fortunately, the number of deaths continues to decrease. There are two main factors here: first, approximately 70% of Americans over 65 have had at least one dose of vaccination, and over 45% are fully vaccinated. In this demographic, the acceptance of vaccines appears to be very high at between 85 and 90%. Second, we continue to have new approaches to treatment and a better understanding of existing treatments, so we are ever-better able to prevent hospitalizations and deaths.

Europe continues a multi-week upward trend of cases with several major countries including Germany and Italy looking to reinstate significant movement limitations. Many epidemiologists are concerned that Europe’s failure to move earlier on further restrictions and failure to rapidly mobilize for mass immunization has opened the window for a third major wave on the continent. The global implications of this must be considered as it is these large outbreaks that enable the volume of cases that increase the likelihood of the development of new variants. Additionally, with a major economic powerhouse area such as Europe embroiled in a new wave, the chance of returning to relatively normal international travel levels is greatly decreased. It is worth noting, however, that even as the case rate is climbing the death rate continues to fall.

Throughout Asia, COVID-19 case rates continue to be at nearly negligible levels although all major regions with the exception of Australia and New Zealand which continue to see a slight upward trend over the past six weeks. Hong Kong experienced a mini-wave 2 weeks ago which was met by hyper-local lockdowns and a stringent test and quarantine strategy which did rapidly rein-in the increase in case numbers.

In addition to the accepted treatments, including monoclonal antibodies, the antiviral Remdesivir, and steroids, the only major available agent that has not been effectively ruled out as a possible treatment is the anti-parasitic drug Ivermectin. One of the major US infectious disease societies has changed from being dismissive of Ivermectin several weeks ago to acknowledge that the drug is worth studying further but only inside of formal drug trial settings.

There has been a very subtle change in the CDC guidance on quarantines. About six weeks ago the CDC changed the quarantine guidance from 14 days to 10 days or even 7 days with testing on or after the 5th day. At the time, they did note that the science around the 14-day recommendation was still valid but explained that the increase in compliance is why they were changing their recommendation to the 10 or 7-day levels. Over the past week, CDC made a subtle change in the messaging to indicate that they still recommend a 14-day quarantine as the best way to prevent transmission. However, in recognition of the behavioral issues, they acknowledged that the 10 or 7-day approaches may be equally as effective because of better compliance. So, there is no real change in the current guidance, but CDC just wants to be able to say that they said 14 days is scientifically better.

A major step for AstraZeneca in regaining the world’s confidence for this vaccine was to be the announced results of the very strictly controlled United States studies of the vaccine. Unfortunately, the rollout of this data was mishandled in that the initial reports were based on an interim, not final, data analysis resulting in a statement by the trial oversight board that the pharmaceutical giant may be misleading the public on the actual results. Importantly, the oversight board did not say that there are significant differences in the actual final results, only that AstraZeneca was presenting data as conclusive and based on completed studies when that was not the case. Just when AstraZeneca is striving to regain the confidence of people around the world, this took them in exactly the opposite direction. AstraZeneca now says that they will release updated information and analysis by the end of this week. The company still plans to move forward with the application for emergency authorization in the United States over the next two to three weeks and says that they have thirty million doses of their two-shot vaccine ready to release In the United States as soon as authorized.

Regarding the three vaccines that are currently authorized in the United States, no major issues have emerged in the two mRNA vaccines or the Johnson and Johnson single dose adenovirus vaccine. It increasingly appears that the Moderna vaccine does cause slightly more flu-like symptoms than Pfizer’s, especially after the second dose, but neither vaccine causes more than very rare significant symptoms.

For the mRNA vaccines, real-life monitoring of efficacy is demonstrating even better results than in the initial studies, with confirmed reports of covid symptoms in only 1 to 2% of people who have received the vaccine. Additionally, good studies continue to indicate 90 to 95% effectiveness in preventing infection or infectiousness. As these latter studies are confirmed, we can expect that receipt of vaccine will in fact enable society to get back to more normal activities.