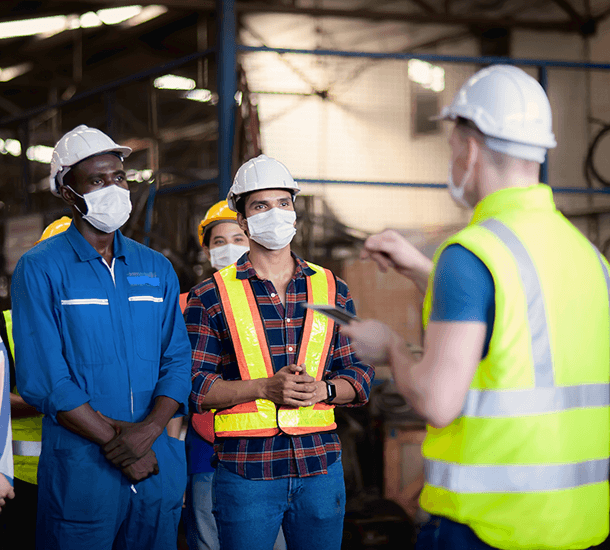 Breaking news is that the US Occupational Safety and Health Administration issued the Emergency Temporary Standard in which most employers with more than 100 employees must, by January 4, 2022, (and this is quoted from the US Department of Labor press release) “develop, implement and enforce a mandatory COVID-19 vaccination policy, unless they adopt a policy requiring employees to choose to either be vaccinated or undergo regular COVID-19 testing and wear a face covering at work.” We’ll address more details on this standard next week.

Moving to vaccines, the Director of the US Centers for Disease Control and Prevention signed off on the recommendation for Pfizer COVID vaccination for children ages 5 to 11. This adds about 28 million, or just over 8% of the population to those who are eligible for the vaccine, leaving around 5% who are ineligible for various reasons, especially the youngest kids. As these school-aged children are vaccinated over the next few weeks, this holds great promise for adding enough to the proportion of the population needed to get to significant herd immunity effects. We discussed the risk:benefit issues with vaccines for children last week, and while it is a closer call than for adults, the initial studies showed no significant adverse events. These studies were small, however, so some people may choose to get a couple of weeks of data before they have their children vaccinated. On the other hand, with delta, an increasing number of children are having more significant disease, so on the risk avoidance side, there is good reason to get vaccinated. Additionally, new data reviewed as part of the approval process demonstrated that the peak age for myocarditis, the major concern for a serious adverse event, was with older adolescents and that the rate was actually decreasing in younger kids, so it is very possible that this will be even a smaller problem in this 5-11 year age group.

Before we finish on the vaccinations, we’ll take a quick side trip to that herd immunity issue – a subject we have not covered much over the last couple of months. Unfortunately, most epidemiologists believe that Delta is so infectious that it is not likely we will ever get to true herd immunity. There are several reasons for this: First, Delta is so infectious that the percentage of the population that would need to have immunity through either vaccination or natural immunity from infection is likely in the ’90s. Between vaccine refusers and people who should not be vaccinated because of age or other reasons, we’ll never likely reach that threshold. Second, as we have learned through the need for boosters, immunity with delta is not permanent. Therefore, we would never get to where we have on the order of 90% of the population with relatively high immunity all at the same time, and that is not likely unless boosters confer a more durable immunity, which is possible. And third, immunity to COVID is imperfect. Even if vaccines or prior disease protects against the possibility of severe disease or death, infections can still occur and we know that vaccinated (or people who previously had COVID) can still infect others…fortunately at a much lower rate, which is why vaccinations are important on a population basis…but enough that completely eradicating the virus will not likely be possible. Still, people who are vaccinated appear to create less infectious viral particles and for a shorter period, so there is a significant benefit on a population basis.

It has been very interesting to watch the developments in attitudes towards COVID shots – whether initial or booster – over the last couple of weeks. On one hand is the vaccine refusal group, many of whom are being told by governments that they “must” get vaccinated and are digging in their heels and “just saying no.” On the other hand, is the great bulk of healthy young to middle-aged people who did get vaccinated and are now being told that they should not get a booster because they are not at high enough risk. Many of these people are getting borderline angry that the government is telling them what risks they should take and are getting the booster despite direction not to do that. The bottom line is that most people want to be given the facts from a trusted entity and allowed to make their own decision. We saw the same phenomenon 20 years ago with anthrax vaccinations. When they were being rationed for only certain at-risk groups, others who perceived they were at-risk were up-in-arms that they were excluded, but once the eligibility was expanded and vaccination was made mandatory for certain at-risk people, the shouting was even louder that “you can’t tell me what to put in my body.”

Speaking of the vaccine refusal group, it is worthwhile taking a moment to discuss what we are seeing on that front. Excluding those who have a true medical reason not to get vaccinated, which is a tiny number, and those who have a deep-seated religious objection, vaccine refusers are primarily divided into two groups. One is the group who believe they have already had COVID and follow studies that say most people who had COVID develop a very strong and durable immunity. Even though the vaccine risk is demonstrated to be very low, it is not zero, and they assess for themselves that their risk of disease is lower than their risk associated with the vaccine. The second group of vaccine refusers are those who have never been infected but still believe that the risk of the vaccine is higher. We’ve looked at the data here for months, and in this case, the data is overwhelming that the risks associated with acquiring COVID and the potential complications, even as the rates are decreasing, far exceed any known or reasonably potential adverse side effects of the vaccine. And add to this the societal benefits of getting us closer to stronger herd immunity effects.

This then brings us to whether you need a booster vaccination. In past weeks we’ve focused on the timeline and the officially authorized groups, but first, we will review the group for whom the booster is not recommended, which is, really, the majority of people. As with every step of the vaccine authorization process, the CDC has been trying to balance risks and benefits. If you are in the young and healthy group, with young defined as less than 65, then I recommend to you an article in the November 4th Wall Street Journal by a neurologist, Michael Segal, titled, “COVID-19 Boosters Aren’t for Everyone.” In this article, he explains that more is not always better with vaccines and that for younger people who are already at low risk of significant disease, the small risks, known and unknown, associated with the vaccine may in fact exceed the benefit. Dr. Segal does not rule out the possibility that boosters for younger people may be beneficial in the future, but for now, he advises caution and that these low-risk people should follow the CDC guidance and wait while more data is developed. I would add to his recommendation, however, to be expansive on what constitutes a higher occupational risk of exposure. It is not unreasonable to include in the group of those who are covered within the CDC’s “occupational risk” indication those people who have to travel frequently as part of their job, and those who frequently work with large numbers of people, such as in retail situations. These may not be within the most strict reading of the guidelines, but they are reasonable to consider in discussion with your personal physician. Otherwise, if not at higher risk, we do agree with Dr. Segal’s assessment to watch and wait for now.

In the United States, COVID cases have been on a steady downward trajectory since early September although the last week has seen a pause in this decline, although deaths and hospitalizations continue to decrease reflecting the fact that most cases are occurring in younger people who are much lower risk for bad outcomes. This pause in the lowering of rates does raise concerns that the US could follow the path of Europe where cases, but no deaths have actually increased over the past few weeks. This European increase is still confined primarily to eastern Europe, including Russia which continues to see new all-time highs in case numbers with a reported case rate at about 30 cases per 100k per day and a large number of unreported cases. Additionally, the UK has seen 3 months of steady increase, although making a clear turn towards lower rates over the past 2 weeks. Of note, this is consistent with what their modelers said was going to happen and was the reason that the government did not step-up restrictions a month ago when cases were up. Starting vaccinations in older children have played a big role in bringing about this decrease in the UK, although they are generally only giving a single dose to children aged 12-15 and they are not immunizing children under 12.

Fortunately, what we are seeing in Israel and most Asian countries is continued improvement in case rates after difficult summers. High previous case rates plus good vaccination programs have had positively impacted rates in these regions and the experience in Israel has demonstrated the value of boosters. South Korea continues at a stable relatively low rate around 4 cases per 100k per day, while Japan and Hong Kong cases round to 0 cases per 100k per day. Singapore, despite their early success in keeping case rates low, continues to see about 50 cases per 100k per day, which is a concerning rate. Nearly 85% of the nation is vaccinated, although many, especially early on were vaccinated with Sinovac which has not had a good track record. A booster program is underway and is expected to have a positive near-term impact on case rates. Australia has used vaccinations and public health measures in combination to decrease covid rates to about of the peak just a month ago.