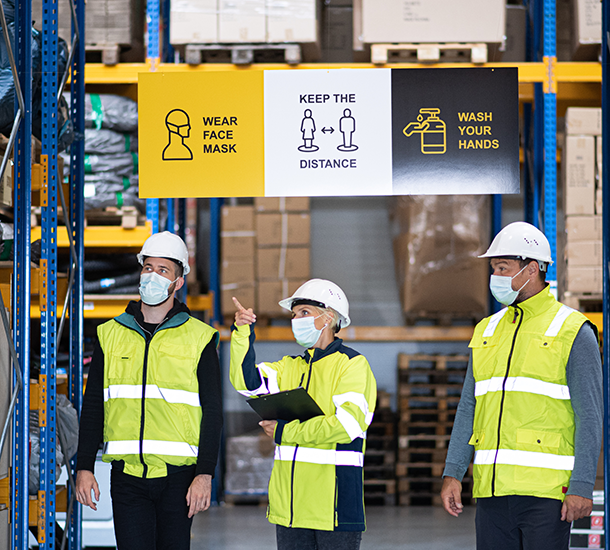 With the first Monday in September representing a major holiday in the United States as well as the end of the traditional summer travel period in much of the world, the data this week is a bit difficult to interpret. As routine readers of this weekly update know, the end of August and the first week of September could represent the possible final peak of Covid transmissions in the United States and much of the world. At first glance, looking at the United States, there is evidence that may be true. As of the middle of this week, new case rates are down in more than half of the United States and the overall rate is down approximately 5%. Unfortunately, It is still too early to declaring victory. Multiple states are no longer reporting data on a daily basis, especially not over holidays, and many young people have developed Covid fatigue to the point that if they have minor symptoms, they do not worry about getting tested or reporting their cases. So, for those reasons, we simply do not trust the data. Beyond that, however, we do have concerns about a spike in cases, as was seen last year, following this end of summer holiday, coupled with the start of in-person school for the first time in nearly a year and a half for most US children. The bottom line is that while it is better that case rates are not going up, this is something of a watch-and-see week before we have a really good idea of where things will stand as we move into the fall.

Around the rest of the world, the Covid data is something of a mixed bag. In the United Kingdom after an initial delta-driven spike, Covid rates came down fairly significantly, but over the last 5 to 6 weeks there has been a slow steady uptick in cases that corresponds with a fairly complete reopening of economic activity, including bars restaurants, and indoor entertainment. The Covid vaccination program has nearly stalled, and children below high school are still not eligible for vaccination. All these things have contributed to a highly mobile, infection vulnerable, segment of British people contributing to a continued high rate of disease, but importantly, a much smaller rate of increase of hospitalizations and deaths.

In Europe, vaccination rates are higher than in the US and slightly lower than in the UK but in most countries, many activity restrictions are still in place resulting in stable to slightly decreasing rates of infection on most of the continent.

Case Trends in Asia continue to be more variable. Hong Kong has kept increases greatly in check through the use of vaccination and heavy-handed societal control measures. Cases in Japan have steadily decreased since the end of the Olympics. Korea has seen a stable to slightly decreased rate of cases over the past month but had a nearly negligible overall rate slightly above 3 cases per 100,000/day. Singapore has maintained a relatively low absolute rate although a quintupling of cases in August has persisted. A major component of control in Singapore has been the vaccination of greater than 95% of the adult population of the country. Many of the early vaccinations in Singapore were done with the low-efficacy Sinovac vaccine which has prevented significant hospitalization and death but has resulted in an increased number of cases over the past month.

And that brings us to the big question that many around the world are asking, “do I need a booster?”. Data that Pfizer has submitted to the US Food and Drug Administration makes it clear that a significant decrease in antibody levels occurs beginning approximately 6 months after completion of the initial Pfizer series. Their data also demonstrates that an additional dose of vaccine at that point results in a major increase in antibody levels. The focus of these studies, however, has been on antibody levels and they did not look at other components of the immune system. What this means is that it is possible that the first responder component of the immune system, antibodies, may be low, resulting in an increased chance of mild or superficial infection, but still very high protection from other antibodies and the cellular immune system against severe infection. This is exactly what we are seeing in real life for Pfizer recipients. They still have great protection against bad outcomes.

The Moderna vaccine does not show as significant a decrease in antibody levels. The hypothesized reason for this is twofold: First, the concentration of the actual mRNA payload in the Moderna vaccine was over twice as high as that in the Pfizer vaccine. Second, the span between the first vaccine and the second vaccine was a week longer. Generally, in immunology, a longer period between doses results in a greater immunogenic response. This does not mean that a booster of Moderna may not be needed at some point, but it is not as urgent as it is for Pfizer. The data on the Johnson & Johnson vaccine appears to be somewhat in between the Pfizer and Moderna vaccines, but the determination is not as critical as the Johnson & Johnson vaccine has only been given to less than 10% of the total recipients of the mRNA vaccines in the United States. Still, it does appear that Moderna and Johnson & Johnson will eventually receive authorization for a third or second dose, respectively, but not likely as soon as Pfizer will, but that does not mean that Moderna or Johnson & Johnson recipients are being left behind because the vaccines that they were given appear to have been more effective in the first place.

So, what should people be thinking about now in terms of receiving vaccines:

For people who have not received the vaccine, please read our previous blog posts as there is very little question as to the benefit of the vaccine, and after billions of doses, the safety profile is excellent. Please receive any vaccine as soon as possible.

For people who received the Pfizer vaccine; the protection against serious disease or death is still extremely high. Unless you have significant immunocompromising conditions or are in older American, generally thought of as over 65-75, you will likely benefit from a third dose of Pfizer, but you are still currently effectively protected, and you do not need to rush to get this vaccine. The current prediction is that the FDA vaccine advisory committee will support a booster after meeting on September 17, making it available to those who are more than either 6 or 8 months (most likely 6 months) following their initial dose, which generally means Americans over the age of 60 and healthcare workers are given the initial rollout schedule.

For people who received the Moderna vaccine; the manufacturer is still submitting data to the Food and Drug Administration regarding antibody levels and duration of protection. Until recently, Moderna has consistently said that they do not feel an additional booster dose is needed, but in the face of the delta variant, this position has changed, and it appears that Moderna will be requesting emergency use authorization for a third dose.

Of course, the question of a booster cannot be as simple as, “should I get a third shot?” Moderna has indicated that they believe only a partial dose would be advisable in order to minimize side effects while still optimizing immune response. Additionally, all major manufacturers have been working on a modified booster that would more closely match the protein geometry of the delta variant. Since many virologists believe that any additional variants would likely emerge from the delta line, a booster that was patterned after the delta variant would likely be not only more protective against delta, but more protective against future variants. The manufacturers have been fairly tight-lipped on their current progress towards a modified vaccine. If the choice was available, we would advise receiving a delta-modified vaccine over an additional dose of the current vaccine formulation. Unfortunately, that is currently not an option, and we do not know when it will become one. This is an area that we will be monitoring closely over the coming weeks. However, for someone who is truly immune-compromised or is relatively immune-deficient because of age, we would advise getting the booster dose. In most other cases, we would advise waiting to see the additional data on both the effectiveness of the booster as well as the side effect profile before rushing to a third dose.

For the older population, there is good data coming out of Israel that does support the third dose. Initial data looking at the incidence of Covid following the third dose shows an 11.4 fold decrease in the relative risk of infection as well as a greater than 10 fold decrease in the relative risk of severe illness. Keep in mind, however, that this is only observational, not truly experimental data, and it is based only on a short observation period following the booster doses.

With regards to children’s vaccines, while most of the world has authorized vaccines for ages 12 and up, it is worth noting that the United Kingdom’s vaccine advisory committee recommended against universal Covid 19 vaccination for ages 12-15 because the risk of significant disease is so low in that group that the vaccine-associated risks may be greater. On the other hand, most authorities while acknowledging the same concerns that the UK committee has, believe that the individual risks are low and that the societal advantage to increasing the overall immunity in the population outweighs those concerns.

Some interesting data reported from the US blood banking industry estimates that the overall prevalence of antibodies against COVID-19, representing either infection or successful immunization increased from 3.5% just over a year ago to 83.3% in May of this year. Logically with what we have seen from delta, this would imply an overall immunity rate of in excess of 90% given the high incidence of delta over the past 2 months. Even with the high reproductive rate we are seeing with delta, this would strengthen the belief that we are getting close to herd immunity, but because immunity in the era of delta is not perfect it may not be possible to reach complete herd immunity in the near future.

Another important piece of information this week is that US national polling data following the recognition of the importance of the delta variant combined with the approval of licensure for the Pfizer vaccine has shown that the percentage of the adult population who were absolutely opposed to getting vaccinated has decreased from 1/3rd (34%) to 1/5th (20%). This is by no means a trivial change and should significantly help both the US and the world to get closer to herd immunity. US data shows vaccine doses increasing from a base of about 222K doses/day in mid-July to over 475K doses/day in mid-August. Doses have backed off slightly since then but still remain at nearly 400K doses/day.