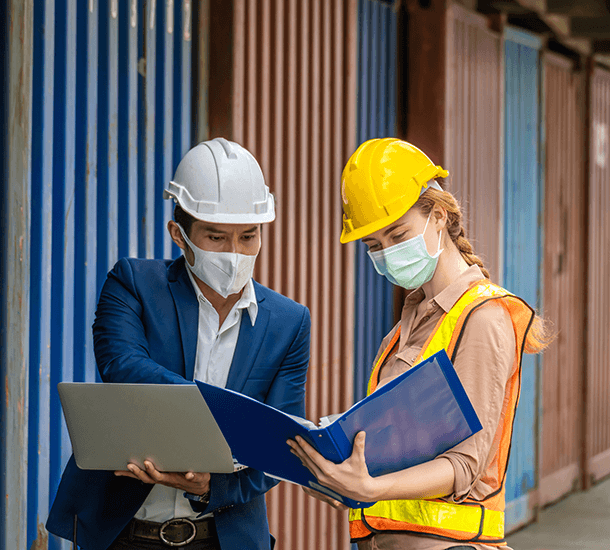 About 6 weeks ago, we forecasted that the last week of August would likely be the peak of the United States summer COVID surge driven not only by the Delta variant, but also by many choosing to live a more normal life without as much masking, social distancing, and avoidance of activities. So here we are in the last week of August and the beginning of September and while it is unlikely that this is going to be the peak week, we’re close. Over the last week, between 5 and 10% of US states have seen a downward trend in the number of cases, but, the overall upward trend in the US has not turned around. Many models including the respected IHME model from the University of Washington as well as an integrated model at CDC (similar to the integrated model of models that we often see related to hurricane tracks) indicate peak over the first half of September, but this is not a universal finding as the various models are more divergent now than they have ever been. No one knows how to project the interaction of vaccination rates, increased infectivity due to delta’s aerosolized infection patterns, perceptions of risk by both vaccinated people and young adults, behaviors in response to risk, the effectiveness of masks and distancing in the face of delta, and value and authorization patterns for boosters. The biggest concern that most people have is the effect of schools going back in session in the face of the delta variant and its much higher infectivity. Hopefully, this is not going to be as big of an issue as the media makes of it as most kids were not hermits in their basements over the summer. They were out on playdates and playgrounds in less controlled settings than a typical classroom, so schools are not inevitable Petri dishes for COVID outbreaks.

After a slow 5 week uptrend following the second-largest wave since the start of the UK epidemic, rates appear to be turning downward, albeit more of a plateau than a steep turndown. Europe has been flat with a slight downtrend for almost a month and that’s in the face of delta dominating cases there and minimal movement back to social restrictions. France and Spain have led the decreases, although Germany has seen a roughly 50% increase over the last week. South Asia, including India and Bangladesh, are through their Delta wave. South Korea remains flat, while Japan has, after about 6 weeks, turned the corner and is heading back down. Singapore and Hong Kong continue to bounce around but overall are still at negligible levels of cases. Australia, unfortunately, is in the midst of a nearly 2-month-old upswing, fueled by the delta variant whose infectivity overcomes lockdowns, although the vaccination rate has risen to a point where they are beginning to debate reopening. New Zealand is also seeing the highest number of cases since the pandemic began, but this is still less than a hundred cases per day across the whole nation and over 55% with at least one dose of vaccine.

Around the world, in most areas, the delta-driven increase in cases is driving an increase in vaccine acceptance. In the US, there has been no significant bump attributable to the approval of full licensure for the Pfizer vaccine, but as the delta-driven wave has increased cases and hospitalizations, the overall vaccination rate has picked up nearly 80%. Still, the US rate is at less than a third of the peak vaccination rate in early April of this year. Similarly, in the UK, the vaccination rate continues to stagnate, if not having turned down over the last week or so. At this point, in many resource-rich countries, the feeling is that the most at-risk people have been vaccinated, and therefore the major risks of hospitalization and death have been mitigated. Young adults, who often see themselves as invincible, are still not getting vaccinated at appreciable rates.

The data shows us that for every age, the Delta variant increases the risk of seeking high levels of medical care by about 50% for those unimmunized, and the risk of hospitalization is increased by well over two times. Combine these risks with the knowledge that the risk of acquiring delta in the first place is increased by 2 to 4 times for unimmunized, and the risk of needing ER-level care is increased by 3 to 6 times with delta and the risk of hospitalization is increased by about 5 to 10 times. With only about half the population is immunized, we are seeing hospitals in many areas at or above full capacity, even more than in the original surges. Now, the relatively smaller cohort of older and at-risk people have largely been vaccinated, but young adults are lagging in their vaccination rates at the same time they are increasing social mobility, leading to an inevitable increase in medical services utilization. This same pattern is playing out across the US, the UK, and Europe.

But given the infectiousness of the delta variant combined with the steadily increased number of vaccinations, we will inevitably see the effects of herd immunity start to show up in the near future. The CDC put out estimates last week that said at a minimum, the actual number of people infected at some point with SARS CoV2 is at least about 70 million and maybe well into the hundreds of millions. So why isn’t that enough to stop the epidemic? There are two major considerations:

At least for the relatively immune, through vaccination or disease, this is becoming a flu-like illness.

A major area of discussion this week continues to be on the booster shots. For someone who is immune-compromised, it is a no-brainer, and for older individuals, most likely above 75, it is likewise a pretty clear “yes,” because of their relative decreased immunity. As age decreases, there is little doubt that a booster will increase immunity, however, we are not convinced that immunity from the standard vaccination series is inadequate for preventing bad outcomes. Fortunately, most of the world will be able to look to the natural experiment going on right now in Israel where they are in the midst of a booster program. By the time we get to September 20, the earliest date that has been floated for boosters in the US, we should have excellent data from Israel, and we will see where the data leads us.

It is worth noting, however, that both the Director and the Deputy Director of the FDA office responsible for vaccine review and approval both submitted their resignations this week over the involvement of the White House and CDC in pushing boosters before their office has had an opportunity to complete a safety and efficacy review. From the beginning of the vaccine program, many others have been touting the independence and scientific basis of the FDA. The current US administration very publicly faulted the previous administration for attempting to politically influence the FDA, but when the scientists responsible for managing the science resign in the face of apparent political pressure, it does raise questions as to the role that the current Administration is playing in politics versus science.

Speaking of new approvals, the FDA announced last week that they will be requiring additional safety data related to myocarditis in children before giving an Emergency Use Authorization for vaccines for 5 to 11-year-olds. Many had hoped this would be coming early in the school year and allow vaccines to play a major role in increasing the total percentage of vaccinated Americans, while simultaneously helping to ensure full in-person learning across the nation. Now from the new Pfizer and Moderna timelines, it looks like this will be delayed until the beginning of the new year. In older children, the risk of myocarditis in the weeks after vaccination is increased by between 2 and 4 times which is what is driving the FDA’s concern. We continue to hope they address this rapidly, however, because case-control studies have indicated that the risk of contracting COVID and then developing myocarditis in the same age group is over 18 times the base risk if COVID was not in the community. This is another example of overweighting the risk of voluntary action and underweighting the base risk.

While we don’t want to bore you with a list of statistics, it is worth being aware of some of the vaccine versus COVID risk comparisons. The Israelis have some of the most thorough data on this and they have found that the major excess risks with vaccination include (together with the number of excess cases per hundred thousand vaccinated persons):

While that sounds scary, here are the risks associated with COVID in the unvaccinated population:

These comparisons, together with the risk of death, are why we support the vaccine, even though we want the FDA vaccine safety office to continue to apply tight safety controls to minimize the chance of an unexpected safety issue slipping through.