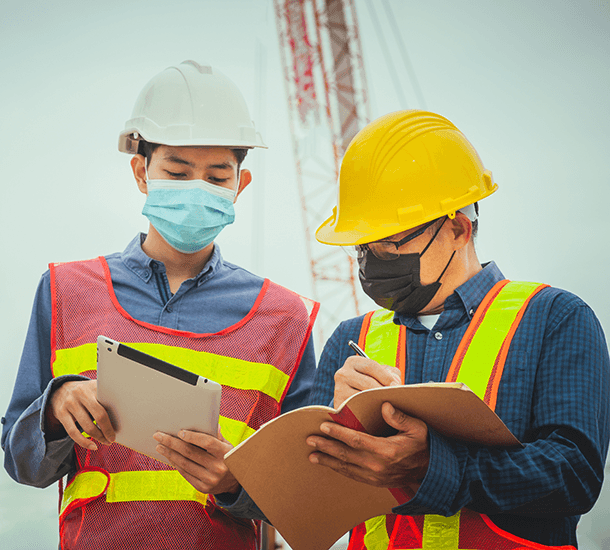 We covered many issues regarding booster shots last week, but that was before the advisory committee on immunization practices and the CDC director had weighed in on the final, full US government recommendations for vaccination with the CDC Director overruling the agency’s highly respected Advisory Committee on Immunization Practices. With that action, as one would expect, the final recommendations are not purely driven by science, but also have significant politics baked in. Now to be clear, we do not mean political parties or right-left influence, but influence to ensure that large interest groups are called out for special treatment. But we’ll cover what the actual recommendations are.

For Moderna, the evidence is still clear that the standard two-shot series results in excellent efficacy in the prevention of severe disease (meaning hospitalization) and death, for most people. There were efficacy declines noted with respect to the delta variant especially in an older population, but they were not as marked as with the Pfizer vaccine as will be discussed in a moment. In August, the Food and Drug Administration did amend the emergency use authorization to allow the use of a third shot of the Moderna vaccine in a very limited population of objectively immunocompromised people. This has not changed, and if you are not a transplant recipient or on medications that impact her immune system or have a documented immune system disorder, a third shot of the Moderna vaccine is not authorized. From what we currently know, the small added benefit does not outweigh the also small added risk – but it’s a close call and individual circumstances could change the calculus.

That brings us to the Pfizer vaccine. Large high-quality data sets were presented to the Advisory Committee on Immunization Practices and demonstrated that persons over 65 years of age saw significant declines in vaccine efficacy against symptomatic disease – down to 55%, and efficacy against severe disease was down to about 85%. Keep in mind with these numbers noted, if this vaccine was the only candidate, these efficacies would be considered highly effective, and the vaccine would be cheered as a marvel of science. But it isn’t the only vaccine, so it gets compared to the other options in determining the way forward. In any event, the noted efficacy declines were driven by the delta variant and were more noticeable when the recipient was greater than 6 months out from initial immunization series completion. Given these reductions in efficacy, the Advisory Committee on Immunization Practices supported recommending a booster vaccination for:

The data is clear on these three indications, so most people falling into these categories should get an additional third dose of Pfizer vaccine any time after 6 months following their primary series.

A fourth permissive, yet not specifically recommended category includes people aged 18 to 49 years with underlying medical conditions as assessed by their healthcare provider. This, of course, is a loophole and is actually not supported by the data, which found that these younger people likely have efficacy rates in both symptomatic disease and hospitalization categories that are similar to the general population. Nonetheless, the authority to get immunized now exists.

The fourth category is even more controversial. This category was added on at the sole discretion of the Director of the US Centers for Disease Control and Prevention without support from her scientific advisors. This category says that the vaccine may be given to any adult not covered by one of the previous categories if they are at increased risk for Covid exposure and transmission because of occupational or institutional settings. In other words, not based on your personal medical risk, but based on your social circumstances. The issue is a scientific controversy over whether the vaccine’s purpose is to allow the individual to make a decision on modification of their own risk by getting vaccinated or is the role of the vaccine to modify societal risks by targeting populations that may have a higher exposure risk. The advisory committee on immunization practices focused on the latter while the leadership of the CDC focused on the former. The exposure risk approach does have scientific validity, but not all groups called out have been shown to have higher risks that lead to higher community transmission. An extension of this same controversy extends to the role of the government in mandating vaccines with the issue again being is the purpose of the vaccine is to allow an individual to decide to modify their own risk factors or is the purpose of the vaccine to modify society’s overall risks.

Of note, both the US Food and Drug Administration vaccine advisory committee and the CDC Advisory Committee on Immunization Practices did express concern about the lack of adequate safety data regarding the third dose. So far, reports of adverse effects of the third dose for Pfizer are comparable to effects reported after the second dose except that there is inadequate data to assess the incidence of myocarditis, one of the most recognized serious side effects. Also, the data does demonstrate that there is a significant increase in the incidence of lymphadenopathy or inflammation of lymph nodes, which is seen in about 1 out of 20 people receiving the booster dose versus about 1 out of 250 after the primary series. Swollen lymph nodes, by themselves, are not a big deal, but the concern is why this is happening.

Importantly, the United States is not alone in giving a third dose of the Pfizer vaccine to most if not all adults. Nine countries are offering booster doses to all adults including Austria, the Czech Republic, the Dominican Republic, Hungary, Israel, Russia, Serbia, South Korea, and United Arab Emirates; while eight countries are giving a third dose to the elderly population including China, France, Germany, Greece, Ireland, Italy, Sweden, and the United Kingdom.

So that is the current situation on third shots. As to where we go from here, Johnson & Johnson has submitted data to the Food and Drug Administration that clearly supports an additional dose of the Johnson & Johnson vaccine in order to optimize efficacy. The emphasis is that the single-shot series is still highly beneficial, but a two-shot series maximizes efficacy and thereby decreasing the chance of further transmission. It is very likely that this is next up in the FDA’s EUA amendment queue.

Lastly on boosters: So far, there is no US requirement for anyone to get a booster to still be considered fully vaccinated for administrative purposes, but that could change.

In the past weeks, we have noted that both Pfizer and Moderna are working on modified versions of their vaccine that could specifically address the delta variant. News and any kind of official discussions regarding this possibility have all but dried up. We do know that the studies regarding an additional booster with a slightly modified vaccine to specifically address the delta variant are ongoing. These studies are important to prove the ability to rapidly develop and field a modified vaccine in case of any major new variant that escapes vaccine protection. The issue with fielding these delta-modified vaccines in our current situation is that there is no evidence that a modified vaccine would have enough significant additional benefit against the delta variant to outweigh any risks. Also, if the manufacturers and the government were to announce a delta-modified vaccine is coming, it is likely that anyone who has not been vaccinated or anyone who should get a booster would decide to wait until the new vaccine is released. The public health effects of shutting down the use of a demonstrated highly effective collection of vaccines would be significant. So, the fact that we are not hearing anything about a delta-specific vaccine does not mean that nothing is in the works. But it may mean that public health authorities and the manufacturers assess that the risk associated with the inevitable delays between an announcement and feeling of a new vaccine would have a greater negative effect than the continued use of the current very effective but imperfect vaccines.

It looks as if we are getting very close to Pfizer filing an application for emergency use authorization for its vaccine in the 5-11-year-old age group. Several authorities in the United States have announced that they are already starting to establish programs to be ready to administer this vaccine to school-aged children as soon as it is authorized. At this point, there is very little question about the likely efficacy of this vaccine but before making any further recommendations everybody wants to see the safety data especially as it relates to myocarditis and pericarditis. Prior to delta, we were not enthusiastic about vaccines for younger children, but delta is having more effects on younger kids.

The current regimen of monoclonal antibodies and/or steroids and/or intravenous antivirals has been very effective in decreasing the death rate. As you may have heard before, if you get Covid and you have any risk factors, get monoclonal antibodies as soon as possible. In addition, it is looking like Merck pharmaceuticals is moving into a phase 3 study for an oral outpatient antiviral that appears to have good efficacy in preventing hospitalization and death and is demonstrating high effectiveness against the delta variant. Additionally, the virology of this compound, molnupiravir, is such that it is theoretically highly efficacious against any SARS-CoV2 variant. Merck expects to file for emergency use authorization sometime over the upcoming quarter. While we do not have detailed data on this compound yet, it is probably reasonable to think of this as working like flu antivirals in that it is not likely to be rapidly curative, but it is likely to significantly blunt the possibility of serious disease and shorten the duration of symptoms. The degree to which it does either of these things will determine the value of this new tool.

Things are still looking good in most of the world with cases in the United States on a clear downward trajectory since the first week of this month with case rates falling 13 to 14% over the last week. Given the epidemiology that has been seen with delta-driven peaks in other parts of the world, it is reasonable to expect that in the absence of another variant this wave would come down to a relatively low baseline in the November timeframe. The major caveat to this expectation comes from the United Kingdom where after an initial steep decline from their peak, the case rate has remained stable at a high level of 50 cases per 100,000/day – although deaths continue to stay down, if not seeing further decreases.

Other major countries continuing to see case increases include Australia, especially Victoria state, South Korea, and Singapore. Singapore is especially concerning because greater than 80% of the population of Singapore has been vaccinated, yet their case rate continues to increase. New restrictions on movement and commercial operations were imposed earlier this week and will be kept in place for at least a month in order to break the current chain of transmission.