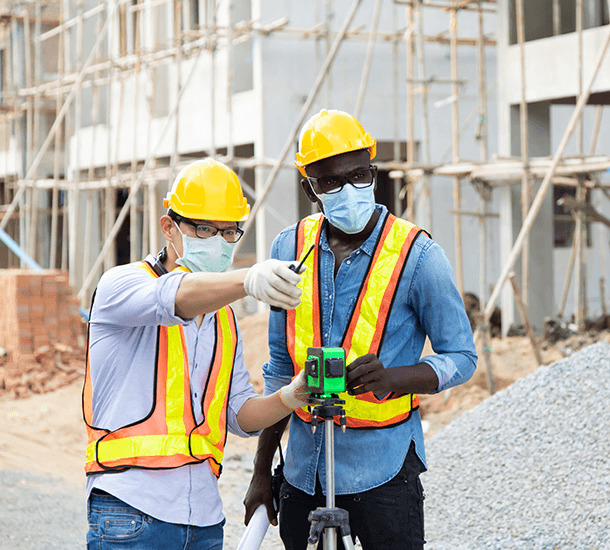 Unfortunately, COVID cases are up in most of the economically developed countries in the world. While there are always conspiracy theorists that will float ideas that this is a result of ongoing seeding of the virus in these economically developed countries, there is a much more simple and probable explanation: antibody-mediated immunity from the vaccines drops off significantly at around the 6-month mark after immunization. Importantly and fortunately, the other part of the immune system, cellular-mediated immunity, is more durable. The cellular immunity does not respond as fast to infection though, so that is why we are seeing case numbers increasing, but not seeing hospitalizations or deaths increase significantly. In fact, deaths are generally continuing to decrease through a combination of vaccine protection and more experience with treatments.

Getting to a few specifics, cases in the US are up about 15% since last week, the UK about the same. In Europe: Germany, Ukraine, and the Netherlands are reporting the highest rates of increase, but Russia still has the overall highest case rates and is currently responsible for 1 out of every 6 new COVID deaths in the world. Overall, Europe is seeing the highest case rates now compared to the entirety of the pandemic. Disease modelers in the UK, who have been fairly accurate as models go, have projected continued increases in the UK for another 2 weeks, but then based on a critical mass of immunizations, including boosters and children, they see case rates starting to fall – they hope for good.

In Asia, Japan and Hong Kong have nearly negligible rates with no uptrends, while Korea is seeing a moderate surge in cases, although still fairly low on an absolute level. Singapore is in the midst of the largest surge that country has seen since the beginning of the pandemic. India and Bangladesh have not seen a resurgence since coming off highs over the summer.

The Middle East is faring well, with most Arab countries at very low levels and Israel not showing signs of returning cases after initiating a nationwide booster program. In fact, the clear success of the booster program, to include significant well-documented research surrounding it, is what is reinforcing the US recommendations for boosters

With these patterns of waves based on the level of immunity in various regions and apparent ability to be controlled with boosters, the obvious question is whether we are going to need a booster every 6 months to maintain good immunity. While every virus is different and we will not be sure until we actually get out to 6 months after boosters, there is good virology evidence and experience with other viruses that the booster does create a very durable population of memory cells that will lead to more durable immunity than with the initial series. Additionally, researchers are continuing to look at new vaccine approaches such as the Novovax vaccine which may have higher durability from the outset as well as the incorporation of adjuvants which are compounds that work with the actual vaccine antigen to create a more robust immune reaction.

Speaking of Novovax, while we have not heard much about this vaccine in the last couple of months, last week, the Novovax CEO in an interview indicated that they expect a round of authorizations in various countries around the world by the end of the year and expect to complete a full request with the US FDA also by the end of the year. This means that this novel vaccine will likely be available in some countries by very early 2022 ramping to a rate of 2B doses per year over the course of the year. As I have noted before, the real impact of Novovax is likely to be in economically less-developed regions as the storage and shipment requirements for this vaccine are much more forgiving than for the current major vaccines. While it may be available in the US, it will not likely be a major player as the existing vaccines are well established and effective – at least with a booster.

Over the last couple of weeks, we have discussed boosters and who has been advised to get them. This week, several major state health departments, including California and New York, have made statements encouraging an expansive interpretation of the booster guidance, all but saying that nearly everyone should consider a booster, as is the guidance in Israel. Now, it appears that the FDA and CDC advisory committees will take up exactly this issue over the next couple of weeks and may change the guidance to recommend boosters for all.

Some European countries are going beyond merely recommending boosters but changing the requirements for being considered fully vaccinated to include a requirement for boosters. So far, France, Austria, Switzerland, and Croatia have announced expiration dates on being considered fully vaccinated without a booster, and the UK has unofficially indicated that they will join this group. We anticipate that this group will grow and may especially affect those who want to travel. These requirements do NOT appear to be in effect anywhere, yet, but if you are planning international travel, this is one more item that you need to have on your checklist.

But while boosters may be advised, if not required for certain activities and places, a major question is, “how good is the evidence for a benefit?”. As we mentioned earlier, much of the best study on this has been from Israel. Researchers from one of the main health systems in Israel, Maccabi Healthcare said, “We found that 7–13 days after the booster shot there is a 48–68 percent reduction in the odds of testing positive for a SARS-CoV-2 infection and that 14–20 days after the booster the marginal effectiveness increases to 70–84 percent.” A recent US study, although smaller than the Israeli study found that for someone who was greater than 6 months out from vaccination, people who had a booster were over 11 times less likely to get any symptomatic infection and over 19 times less likely to develop severe disease from a COVID infection. That is powerful data. Of course, the other side of the coin is what about side effects? So far, research is showing that the third dose causes side effects that are at least no worse than the second dose, although we still will not be able to confirm the lack of any long-term side effects until we reach a couple of years after vaccination. That is not an unreasonable concern, but you have to consider that in light of the growing body of evidence for long-term ill effects from catching COVID in the first place and over time, it is a shrinking number of unvaccinated people who will not have had COVID.

Regarding the legal issues over employment or federal contracting-based vaccine requirements, the US 5th Circuit Court of Appeals indefinitely extended a stay against the implementation of the US Occupational Safety and Health Administrations Emergency Temporary Standard requiring vaccinations or testing for employees of all companies with more than 100 employees. In the extension, the 3-judge panel said that the ETS was “fatally flawed” and “staggeringly broad.” Additionally, after the Administration put out informal guidance that companies should keep preparing as if the standard will take effect the Court said OSHA shall “take no steps to implement or enforce the Mandate until further court order.” At this point, because over 30 challenges have been filed in multiple circuits, a lottery was held earlier this week assigning further actions to the US 6th Circuit Court of Appeals (MI, OH, KY, TN, and based in Cincinnati, OH). This Circuit is generally considered one of the more conservative circuits in the Country. There is some concern that a decision on this issue could have effects on Occupational Safety and Health regulations extending far beyond the vaccine matter as there are long-standing concerns that the Occupational Safety and Health Administration powers should be subject to much greater constitutional limits as policing safety in non-interstate activities could be considered a power reserved to the states, but this is much more a legal than a medical issue.

Finally for this week, on Tuesday, Pfizer formally requested Emergency Use Authorization for use of Paxlovid, the company’s experimental SARS-CoV2 antiviral medication only for unvaccinated individuals. The treatment would consist of three pills taken twice daily for 5 days. The three pills are 2 Paxlovid tablets and one Ritonavir, an already approved anti-viral that enhances the efficacy of the Paxlovid. In the press release accompanying the notice of the filing, Pfizer noted that side effects of the combination were no greater than those seen in the placebo group. The FDA has already announced that an FDA advisory committee will review a Merck antiviral for COVID on November 30, and many expect that a review of Paxlovid will be added to their agenda.