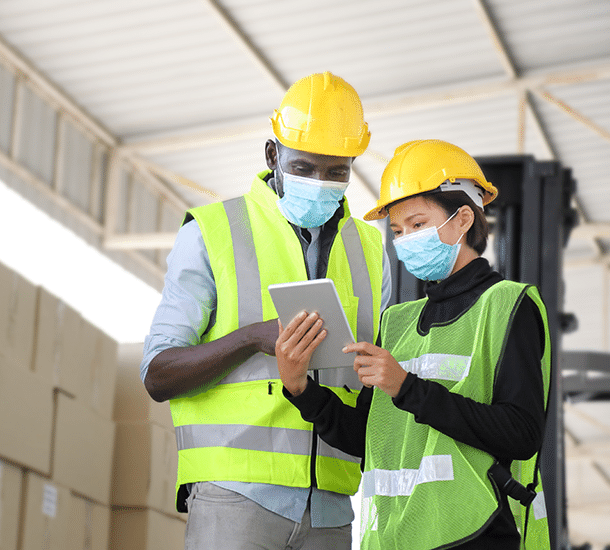 Last week, it looked like some areas were starting to see the crest of the omicron wave, but it was too early to be sure. This week, the peaks have been confirmed. While case numbers are still generally above the highest levels seen prior to omicron, many areas including the UK, most of the East Coast of the US, Israel, and South Africa, have seen cases drop to levels that are around half of what they were at their peaks around the first of the year. In fact, some of the areas that were hit hard early in the omicron era, such as New York City, have dropped by nearly two-thirds. So far, nowhere is seeing cases drop to the pre-delta levels seen in the Spring of last year, but the trend is in the right direction. In fact, the UK noted today that over the next week nearly all COVID social control mechanisms, including mask mandates and vaccine passport requirements will be dropped as their scientists firmly believe they are on the way to their epidemic being nearly over as COVID transitions to being endemic.

In the Asia Pacific region, South Korea and Japan appear to have stemmed the rapid increases that were seen over the last couple of weeks, although too early to confirm a trend. Through the use of fairly rigid quarantine measures, Hong Kong has returned daily case counts into single digits. Singapore is still on the upswing, but at a fairly low slope. The only major countries in the region with very rapidly increasing case rates are India and Bangladesh, although even in those countries hospitalization rates have been muted and deaths have not budged from very low levels.

Australia and New Zealand have seen omicron-related increases, but not the rapid increases in many other developed areas. And finally, the 7 days average of cases in China has doubled from a baseline of around 90 to about 180, and that’s not per 100,000… those are totals for the whole nation, at least if reports are to be believed. Most notably, China has reported zero COVID deaths since April of 2020, but about a million deaths over and above the long-term death rates for the same period and has offered no explanation for these reported death rates.

Lastly, in Europe, countries appear to be running 2 to 4 weeks behind the experience in the UK and US. A few, especially in eastern Europe that was hit the hardest in the fall, are showing signs of topping out, but the major economic powerhouses in central Europe are still steady up in their trends, although European data is much less current than most other areas of the world.

No data coming in contradicts the earlier indications that omicron shifts the spectrum of disease far towards the less severe range. It is important to be very careful here, though. This does not mean that no one gets very sick or dies. Like so many things, the spectrum of illness caused by COVID is a bell-shaped curve running from no illness at all to lethality. Prior to delta, the best indications were that about 15-20% of those infected had no symptoms, about 30% had mild to moderate symptoms, similar to a cold. Another 30% had more severe symptoms but did not require hospitalization, and about 15% required medical care, with a third of those requiring hospitalization, and, until we better understood the best tools and techniques for care, about 1.4% died. That case fatality rate has decreased by about 90% with omicron, down to just slightly higher than the fatality rate seen with influenza, and in both of these diseases, the highest risk is at extremes of age and those with other chronic illnesses. Importantly, however, even though the case rate (and the hospitalization rate) is similar between omicron and flu, the overall risk of becoming infected and having a bad outcome is still much higher for omicron than it is for flu simply because the number of cases of COVID is higher. We are no longer talking about overall COVID deaths being more than an order of magnitude greater than flu, but they are still about 4-5 times higher. For comparison, flu season can peak around 2000 deaths/week in the US and current COVID deaths are at about 8000/week. Remember, though, that many deaths occurring now are still the result of earlier delta infections because of the lag time from infection to death. We would anticipate seeing the death numbers continue to decrease as we see these rates less driven by delta.

We have a hard time not commenting about all the complaints lodged against the government in 2020 regarding the difficulty in accessing tests, when we are seeing access to testing today just as difficult, if not more difficult than it was 18 months ago when the US Government was vilified for its inability to get tests to people. Not only has the current government failed to rectify the test supply issues, but it has compounded the difficulty by redirecting much of the output of tests from the marketplace, where they could be easily obtained by people who need tests, to that paragon of efficiency, the US Postal Service, which has been tasked with delivering tests not to those who need them, but to all those who want them, and only at four boxes per household without regard to the size of the family and with a projected 10-14 days shipping lead time. We can just about guarantee that these tests will be ordered first by the “worried well” who are already minimizing their risk factors, while those who are at high risk for infection and spreading disease, such as young adults, will not plan ahead to order tests. So, when they do have a headache, scratchy throat, and congestion, they will find it very difficult to access tests and will often just ignore their symptoms. Also, because of the anticipated delay with getting the tests distributed, it is reasonable to expect that we may be well into the downward side of the peak meaning most of these boxes of tests, for which the US taxpayer will spend about $10B will end up stored away in closets rather than being used, as they would be if they were available on-demand at various neighborhood sources free or at a subsidized cost.

With regards to testing more generally, though. Anecdotally, we continue to see higher than expected false-negative rates with omicron. Some early small studies have indicated this is true, but larger-scale testing is needed. With omicron, it may be because there is reduced replication of the virus in the nasal tissues and greatly increased replication in the oropharynx, or back of the throat. In theory, this means that a swab of the back of the throat could be more sensitive at picking up omicron, but so far the CDC actively recommends against that, even though other countries, such as the UK have been sampling this way for months. The main reason is a fear that correctly swabbing the back of a throat is much more difficult than it seems. It can not be just a quick touch, but rather a thorough swabbing of multiple areas behind the soft palate. In most people, this is highly gag-inducing, so people are not aggressive enough.

Moving to therapeutics, there is little news to report this week. So far, the government has purchased 20M courses of Paxlovid, the anti-viral pill, for distribution, but the exact timeline of distribution and to whom they go has been shrouded not in secrecy, but just simple confusion. There are national and state-level databases that say where courses have been shipped, but these are all too often out of date. Similar goes for the one available monoclonal antibody treatment, Sotrovimab. To put this in perspective, the US Government just purchased an additional 600K courses of Sotrovimab, which would bring the total acquired and distributed in the US to about 1M, but there are 1.3M COVID cases/day and an estimated 40% of adults have a risk factor that would make them eligible for Sotrovimab. It’s easy to see why there is a shortage. Some states, most notably Florida, have gone around the US Government to acquire Sotrovimab independently, but there is still just so much to go around and the manufacturer has significant international commitments, also.

Finally, on vaccinations, there is also minimal news this week. Competing studies continue to be released which seemingly show opposite findings on whether natural infection or vaccinations give the most robust immunity. A new study released by CDC today shows that vaccinations have, in their assessment, proven to be more protective against future hospitalization than a history of infection, but the CDC is biased on anything regarding vaccinations. Other studies have shown that natural infection provides more robust and broad-based immunity than vaccination alone, although the duration is questionable. And in a study from Israel this week, researchers at a large hospital system demonstrated that a fourth shot of vaccine gave only a minimal and transient rise in antibodies and no appreciable increase in an already robust cellular immunity. This finding does not likely apply to those who are immunocompromised and got a third shot really as completion of their primary series. For those who are immunocompromised, a fourth shot as a booster would still likely be advisable.

The most robust immunity continues to appear to be full vaccination followed by natural infection, but the data on this is more indicative than powerful, so if you have been immunized, do not set up your COVID version of a chickenpox party. There are still those who are fully vaccinated who have significant difficulty with an infection. Additionally, the incidence and the actual micropathology of long-haul COVID in people who have been infected has not been fully deciphered. So, people who are fully vaccinated can take comfort in the fact that their relative risk of a bad outcome is significantly reduced and people who do get an infection can take comfort in the fact that they appear to be highly protected against a second infection, but it does not follow that getting an infection is the least risky play in the long term.