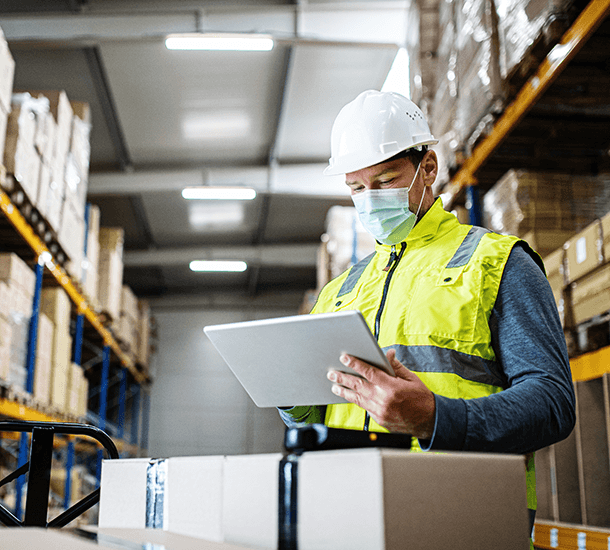 At this point last week, the Director of the US Centers for Disease Control and Prevention had just announced that, based on internal data which they had not yet released, that everybody, whether immunized or not, should wear masks in public indoor places in areas where there were substantial or high rates of Covid, defined as greater than 50 cases per 100,000 per week. Over the ensuing week, the actual data has been released, and the analysis is not quite as clear as the CDC led us to believe.

But before getting to the confusing data, the clear data is concerning, in and of itself. For the fourth week in a row, COVID cases averaged across the United States have increased by about 50% with a 7-day average of about 27 cases per 100,000 per day. By any measure, this is in the high-risk range. As has been proven throughout the COVID experience, this has been extremely variable across the United States, with some areas, like Florida and southern Louisiana in hospital crisis mode and others seeing higher COVID rates with little impact on care capacity. Importantly, at this point, much of the variability can be explained by vaccination rates as there is a clear inverse relationship between overall vaccinations, against case growth, hospitalizations, and deaths.

The United States can take some hope for an end to this current wave by looking at the United Kingdom which has seen a generally downward trajectory for the past 2 to 3 weeks after it had a delta-driven peak, although the past week has seen some blunting of this downward trajectory. Still, the rate in the UK is just over half of what it was 2 weeks ago, but it still continues at about 8 times the rate of just 3 months ago, when the UK appeared to have COVID on the run.

The other country which had a major delta-driven wave was India, which followed the same 8-week pattern as the UK but has now dropped to near its original baseline and continues to hold.

Europe, led by Spain and France, is also experiencing a delta wave, although with signs of the increase starting to moderate this week.  In Asia, Japan has had a downward trend for several days, as has Korea and Singapore. In none of these countries is the trend long enough to say they are out of the woods, but this is certainly encouraging. Total case numbers in Australia are still relatively tiny at just over 200, but the run-up they were seeing has moderated for a few days. Unfortunately, since the vaccination rate in Australia continues to be slow, a strict lockdown has been required to maintain this low rate. And finally, Hong Kong still has a negligible number of reported cases.

Returning to the United States, here is what is confusing about the data used by the CDC to make their major recommendation change. The primary outbreak that was reviewed was about 475 cases in Provincetown, MA that were transmitted over the 4th of July weekend. The CDC noted two primary concerns: First, 75% of those infected were vaccinated (which approximates the percentage of those vaccinated in the area) and, second, viral loads measured in those vaccinated were about the same as loads in those unvaccinated. The conclusion that they drew from that was that vaccinated people were getting infected as easily as unvaccinated and that vaccinated people were just as infectious as those unvaccinated. If those conclusions are true, it calls in to question the value of vaccinations for stopping the transmission which means that stopping the epidemic will require additional measures. This was what drove the call for people to mask up again and, in some areas, calls for new shutdowns and other restrictions.

Since last week, many authorities have noted that while not totally unreasonable, the conclusions are not slam-dunks either. The bars and party scene in Provincetown for the Independence Day celebrations are somewhat legendary in their scope and degree of close contact and are not typical of interpersonal interactions for most of the country. Additionally, many have noted that the CDC itself has often said that you cannot make quantitative assessments of PCR nasal swabs for imputing viral loads. Specifically, the immune system can be actively breaking down the live virus, but the remaining viral remnant particles will still cause a PCR to remain positive as we see in people who have recovered from COVID infection yet continue to persistently test positive on PCR. Additionally, it is becoming well established that when vaccinated people do become infected, anecdotal evidence is indicating fewer secondary infections, although the CDC stopped detailed tracking of infections in vaccinated people in May, so good epidemiologic data on this is not available. The CDC says that they have restarted assembling this data, but several states have scaled back their tracking efforts, so this data is still difficult to obtain. We do know that vaccinated people who do get infected, if they do develop symptoms, typically do so earlier and clear their infection more rapidly, so there is much less virus spreading time in the life cycle of their infection.

But what got less play over the week is that 97% of hospitalizations are still in unvaccinated people and nationally, there have only been about 5000 deaths amongst vaccinated people that may be at least partially attributable to COVID. 5000 sounds like a lot, but that represents a fatality rate of 0.003% of vaccinated people and the great bulk of those fatalities have been in high-risk groups by age or other disease conditions.

So, what does all this mean for the way forward over the rest of the summer and into the fall? First is that because of the infectiousness of Delta, it is important, once again, that we are very careful with the vulnerable in society, especially those who are older or have multiple other diseases. If these people are vaccinated, their risk of a bad outcome is still significantly reduced, but care should be taken to minimize the potential of exposure to Delta, especially in environments where high loads of virus could be expected, such as bars, indoor weddings, crowded meetings, etc. The risk is certainly significantly mitigated in environments where all others in the environment are vaccinated, which could include household groups or businesses. This is why the government has been quietly supportive of the increasing number of businesses that are announcing that workers in offices and plants must be vaccinated. The ostensible reason is that this is the greatest COVID risk reduction tool they can apply for ensuring a minimum of operations interruptions from COVID, but it has the side benefit of helping to overcome vaccine hesitancy and increasing vaccination rates throughout society.

For families with at-risk people in the home or to whom the family may travel to see, care should be taken to reduce the likelihood of carrying the infection to them. Step one is to ensure that a risk person is vaccinated along with anyone who is around them. During the period that delta is driving this wave, that may mean that interactions with younger children should be minimized, especially if these children are in environments such as daycare or possibly even schools. Additionally, even for vaccinated adults and older children, it is worth considering either masking or at least a short quarantine of 3-5 days (recognizing the shorter incubation of delta), followed by a covid test before spending time with at-risk people other than children. At-risk people themselves should consider ensuring they regularly mask in public if they are in an area with substantial or high local transmission (which is more than about 7 cases per 100k per day or 50 cases per 100k per week).

For people who must physically go to work, but still have at-risk people at home, risks can be mitigated greatly by being in a workplace that requires vaccination, but if your workplace has not made that step, then masking and social distancing to reduce your likelihood of infection can be effective risk mitigation tools.

Remember that these at-risk people need human contact and that with appropriate mitigation, visits and showing them love and care can be done safely in a way that lowers the disease risk to below the risk that isolation would otherwise impose on them.

Right now, in most locations of the world, children are not being immunized, and even in places like the United States, pediatric immunizations are limited to a subset of kids (12 and older in the US). This would appear to put children in that at-risk category. So far, however, it is relatively clear that kids remain at low risk for bad outcomes even if they become infected. In prior weeks, we’ve provided more detail on COVID risks for children, and while with delta, there is early evidence of some slightly increased risk, we don’t have enough data on that yet. We do know that children account for about a quarter of the US population, but only about 2.5% of the hospitalizations, so about 1/10th the risk, and even when hospitalized, the number of deaths is still less than 400 nationally and so far, delta does not appear to be accelerating that. So, while that sounds like a high number, it is tiny, and for perspective, only about 2/3rds of the number of kids killed in car accidents every year. But just as we have reduced the number of auto-related deaths by application of sensible mitigations, such as car seats, applying sensible mitigations, such as masks while local case rates are at high levels, may help reduce the already low number of bad pediatric outcomes without disrupting the ability of kids to be kids and to learn both academic and socialization skills in school environments. Is this eliminating every risk? No, but is a car seat eliminating every risk for a child passenger? The answer is clearly no to that as well, but it’s a reasonable trade-off for the benefits accrued.

If you are vaccinated, even with delta, the risk of a significant illness while traveling continues to be minuscule, at least for people who are not high risk. Because of this, it is reasonable to travel freely around most of the world. The biggest concern, however, is that we are seeing an increasing number of fully vaccinated people who are getting infected. Many have few or no symptoms and are picked up on screenings for activities like travel.

Putting that together, for right now, while the delta wave is rampant in much of the world, we are less comfortable with taking a high-risk traveler out of an environment where they can spend much of their time relatively protected. Also, we would not recommend travel for anyone anywhere outside of their home country without vaccination. For those who are vaccinated or for their unvaccinated children, travel is not unreasonable, but because of the infectivity of COVID, you could find yourself or a family member with little or no illness, but with a positive test and thus isolated or quarantined for 10 days and in some places, 14 days. Unless you can accept this risk and plan for reasonable contingencies to address this, this may not be the best time for international travel.