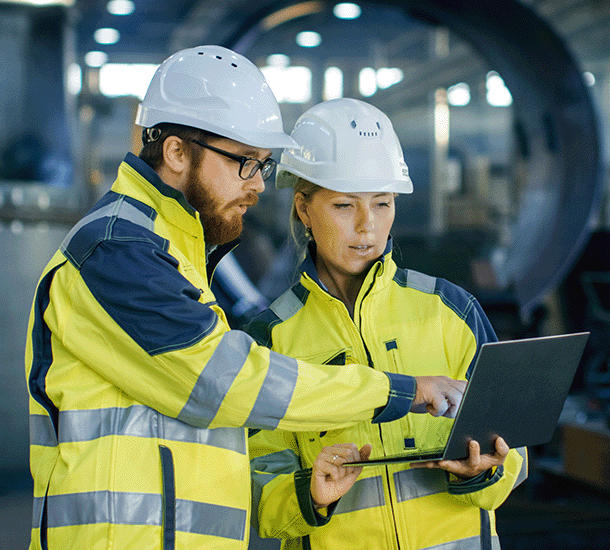 It is important to acknowledge that this is Memorial Day week, and as you remember the sacrifices that have been made by American soldiers, sailors, airmen, marines, and coast guardsmen in defense of our country, we want to remind you all of one who is pertinent to the issue of epidemic infectious disease: Major Walter Reed. Dr. Reed was an Army Physician who led the development of the field of epidemiology in propagating the theory, developed by a Cuban physician, that mosquitos were the carrier of Yellow Fever, and by controlling mosquitos, Yellow Fever was eliminated as a major cause of death and disruption in war and the development of the Panama Canal. Dr. Reed did not die of warfare, but he did die while in the service of the United States, so he and his accomplishments in epidemiology and preventive medicine are worthy of remembrance as we celebrate Memorial Day 2022.

One of Walter Reed’s greatest contributions to the science of epidemiology was the recognition of the importance of data collection and analysis in determining the causes and mitigations of epidemics. The importance of good data collection is an issue to this day, and we are sure that Dr. Reed would be dismayed by the current state of our data as it relates to COVID-19. One thing that is very clear is that we have lost control of good data on the dynamics of the COVID epidemic. As we look at what we do have on cases, the data indicates that omicron BA2 and subvariants have only caused a modest increase in the number of cases over the past month, but as you look around, we would bet that you have seen more friends, family, and colleagues diagnosed with COVID over the last couple of months than in the entire epidemic up to now. But while huge numbers are contracting COVID, the proportion that has become ill enough to require more advanced medical care has continued to go down. What the real ratio is, we will probably never know, but we are becoming increasingly confident that COVID-19 has evolved into a disease that behaves, especially in vaccinated populations, much more like the other four coronaviruses that cause around 40% of common colds than like the early alpha or delta versions of SARS-CoV2 disease that had high hospitalization and fatality rates.

Jumping right to the bottom line up front, this means that, if you have taken basic precautions of getting vaccinated and at least an initial booster, your risk of severe disease is less than that of influenza in a moderate flu season. We still need to make extra effort to protect people who are at higher risk due to age, elevated body mass index, or other chronic diseases, but beyond that, if you take these basic precautions, including vaccination and booster, and being careful in extra high-risk situations such as tight crowded places, most people should be able to go about life without major disruption.

While the absolute numbers of cases reported are fairly worthless, over the short-term, week to week data is comparable because the inherent undercount rate is reasonably constant, so we can follow case counts and hospitalizations to give us a good idea of the short-term dynamics of the regional epidemics that make up this pandemic. Do not, however, try to compare case counts from today to those of the peaks of late 2021, it’s an apples to oranges comparison. Today, each counted case may represent as many as 10 total cases, but that ratio does not change over the short run, so when we see cases and hospitalizations decreasing, we can confidently say that the current wave is mitigating. With that in mind and looking at the globe, overall, COVID is on the decline, but it is not universal.

One of the big questions is the role of omicron BA4 and BA5, the two newest variants. Analyses of these variants run the gamut from representing a high likelihood of causing yet another spike to a belief that because neither are significantly more infectious than omicron BA2 and subvariants, they are not likely to replace BA2 in major developed nations. Reviewing current literature will provide evidence and arguments supporting both positions. On the good side, it appears that BA4 and BA5 have been active in the UK, but they have not caused a new wave there, and the region of the world that was hit hardest with these, southern Africa, has already peaked out, without significant new impacts. The Australian national health service, on the other hand, has indicated this week that they believe Australians should prepare for another wave of COVID cases in mid to late summer.

We put more stock in the theory that we have already reached maximum infectiousness, so the chance of another major variant-induced wave is very low. Would we bet against the assessment of the Australian public health service? No, but we have a different dynamic in the US given the sheer number of people who have been infected with recent strains together with the number of people relatively immune through vaccination.

Looking regionally around the world, only Taiwan and the Caribbean basin are showing significantly elevated rates of COVID cases, with most of Europe, South America, Africa, the middle east, and Asia fairly flat. Japan is on an upswing, but not to the degree seen after the winter Olympics. Australia is an interesting case study in that the vaccine penetrance there is as good as anywhere, with nearly 85% of the population vaccinated, but cases continue to rise. Hospitalizations and COVID deaths, especially in younger Australians are still at very low levels. After a couple of months of fairly draconian measures in China, both Shanghai and Beijing appear to be mostly reopening, which bodes well for the global supply chain.

With regards to testing, in most situations, molecular tests such as PCR or isothermic NAAT tests such as CUE have decreased in importance because of the effectiveness and ease of use of antigen tests. There are a couple of important caveats, however. First, with omicron variants, the detection efficiency has fallen greatly, with the sensitivity of standard tests such as BinaxNow, or iHealth demonstrating sensitivity decreased by much as 90%. But that is still very useful because as long as if you have symptoms, by the second or third day of symptoms, the viral load is high enough that it will confirm COVID. The downside is that a negative test on the first day or two of symptoms does not rule out COVID, so it is important to stay out of work or school and minimize public outings, even with a negative test, if you have cold or allergy symptoms for at least 2 days or until you receive two negative tests at least 24 hours apart.

Regarding vaccines, manufacturers are still primed to release an omicron-specific vaccine in 2-3 months, but it’s not yet clear as to whether we’ll need that. The manufacturers and the FDA have set a deadline of early July to make a decision in order to have adequate time to ramp up manufacturing. Also, the first extensive independent long-term studies of head-to-head vaccine effectiveness have been released, and there are no surprises. The two mRNA vaccines are roughly equivalent, and Novovax, which should be formally authorized next week, is very close to them. For people who received anything other than those vaccines, a booster with an mRNA vaccine brings immunity up to essentially the same level as having had all mRNA doses.

In terms of treatments, the biggest news has been observed issues with the return of symptoms about 4-6 days after completing treatment with Paxlovid. Of important note, this has not changed outcomes – hospitalizations are rare in people who take Paxlovid, but the CDC says that people who do have a recurrence need to isolate for an additional 5 days. The CDC’s data and our own experience with WorldClinic members, has been that there is a roughly 10% incidence of recurrent symptoms, but these symptoms are mild. The CDC guidance to return those with recurrence back to isolation appears to be out of an abundance of caution as, to now, there is no evidence that these people do effectively project infectious viral material, but the research on that is not in yet.

Monkeypox is garnering lots of attention for two main reasons: the name is scary, and the disease can cause large painful facial and genital lesions. Those two factors are enough for the “if it bleeds it leads” media to pick up on it to attract eyeballs. Here are the real details, though:

Monkeypox is almost entirely a sexually transmitted disease (yes, if you come into direct contact with one of the sores there is a slight possibility outside of a sexual encounter…but even that is difficult). There is a theoretical risk of spread through large particles in saliva or mucous, but this has not proven to be a high risk in the real world.

The key fact on monkeypox is that it is well established that this is an STD – sexually transmitted disease. A major issue is that monkeypox has a very long incubation period. The good part of that is that if you know you were exposed, you can get vaccinated after the exposure and vaccination is fairly successful; the bad part is that people become infectious between about 10 and 21 days after exposure, which is an incredibly long period to require isolation and the groups which are at risk often are less compliant with quarantine or isolation guidelines.

So good news: this is not a huge risk of spreading into the general community.