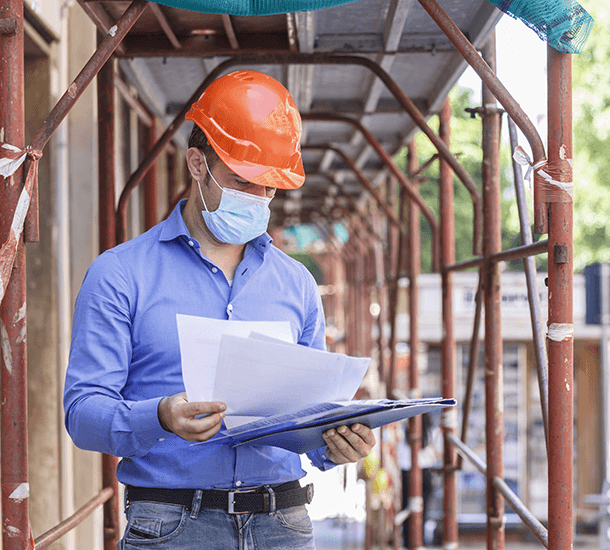 The major news this week is the pause in the administration of the Johnson & Johnson COVID-19 vaccine due to reports of a very specific type of blood clot in the brain. On Tuesday, the CDC and FDA recommended an immediate pause in the use of the Johnson & Johnson single dose COVID-19 vaccine, and all major vaccine programs in the United States have complied. Yesterday, the Advisory Committee on Immunization Practices met, but adjourned without a recommendation on any formal changes to the Emergency Use Authorization, instead requesting that CDC develop additional data and information. As a senior leader of the association of state health directors noted, this was, in fact, equivalent to a decision to maintain the suspension as no entity will restart until CDC makes a formal decision.

To give some background on the issue: Anything that has to do with the brain is of course very scary and right now there are approximately 1.5 million people who received the Johnson & Johnson vaccine during the window when people are thought to be at risk and are therefore concerned for their own personal risk. We have to remember this is based on reported information and it is possible that when CDC investigators take a harder look, they could possibly find additional evidence of problems, but we will start with what is known.

First, this problem has been reported 7 times out of slightly less than 7 million doses of the vaccine and has resulted in one death and one intensive care hospitalization. To clarify that number “7”, the number most commonly reported is 6 but there was also 1 report of a similar occurrence during the phase III studies of the J&J vaccine. All the reported cases occurred in women between the ages of 18 and 48 between 1 to 2 weeks after the vaccination (except for one male incident reported during the study period).

This gives a risk of approximately 1 in 1 million. To put that in perspective, statistically, the risk of having this clot develop (not dying from it, just developing the clot) is about the same risk the average American has of dying in a motor vehicle accident during their routine car use over about a 10-day period. People choose to accept that risk with cars because of the significant benefits that they get. So, the question with the vaccine is whether it has enough benefit in decreasing the risk of COVID disease and its well-known associated risk of death or significant illness. Given the current risk of contracting COVID-19 put together with the risk of death or significant disease, most authorities do believe that the disease risk outweighs the vaccine risk. But this is the fundamental question that the CDC Committee said they could not answer yet. This not unreasonable, they need to get the answer right, especially when, at this point, we probably have nearly as many adults who are hesitant about the vaccine as we do who are trying to get it, so they need to have confidence that concerns are being addressed.

Right now, we know very little more about the specifics of this issue, but here are some key points to keep in mind as you hear more about this in the news:

The US continues a slow steady upward trend, with cases increasing by about 8% per week on average. There is no sign of a rapid uptick, but also no sign of decrease. Major models, such as the University of Washington IHME model project the US should peak this week, but a month ago they projected the same thing. These same models project a couple of weeks of an upturn in the number of deaths, which have been steadily down for many weeks, but then a rapid decrease to very low rates (low triple digits total across the nation) by the start of summer. Close to 40% of the total population has had at least one dose. Combine that with somewhere over 20% that has immunity from exposure to the actual virus and herd immunity effects, especially in certain locations, may not be that far off.

The combined monoclonal antibody treatment from Regeneron was shown this week to reduce the risk of coronavirus transmission by 81% when used prophylactically after a known COVID exposure. Importantly, this treatment did not require the 2-hour IV infusion of the current therapeutic treatment, but 4 subcutaneous injections. It will be very interesting to see if this approach can break through some of the physician reluctance to use monoclonal antibodies as we have seen up to now. This treatment still needs to be submitted for emergency use authorization and the potential to use the injection method for therapeutic treatment also is being investigated.

Data clearly demonstrates that the vaccine lasts at least 6 months with no indication of a rapid fall-off of protection. The only reason that the data says 6 months is that is as long as anyone has had the vaccine. This will be updated on an ongoing basis and will much likely be significantly longer than that. On a related note, other studies demonstrated again, consistent with older work, that natural immunity lasts at least 6 months. It is reasonable to expect CDC may move the 90 days exemption from quarantine out to 6 months, but this has not happened yet.

Lastly, the impact of the Johnson and Johnson pause, even if prolonged, may be significantly mitigated by the anticipated EUA of Novovax in the US by early next month. The topline data release could be any day now with approval a couple of weeks later. UK trial data, already released, was very favorable, with UK approval anticipated by month-end.