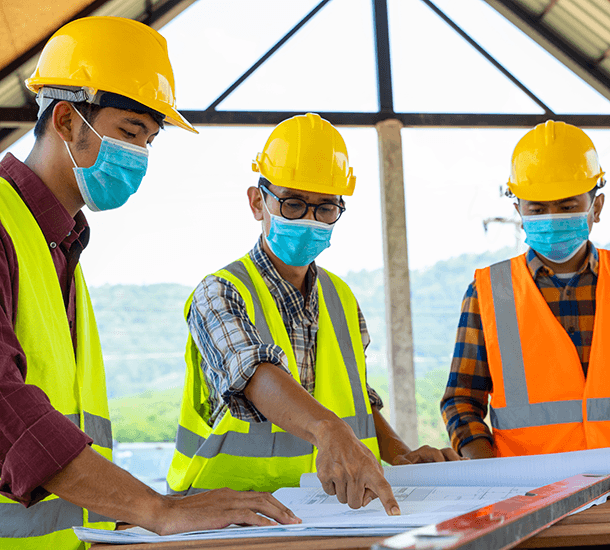 One of our greatest concerns over the past couple of months has been why the COVID rate in the UK has remained stubbornly high. As things currently stand, the rate in the UK is back up to about 80% of the peak reached in late summer at approximately 50 cases per 100,000/day and it is not decreasing. Compare this to the rates in Spain, France, and Germany that have all come down to less than 10 cases per 100,000/day and less than 5 in the case of Spain. In many sectors of the UK, however, the attitude towards this is a minimal concern.

Why there is a low concern may be instructive to the rest of us. Almost half of this persistently elevated rate is due to significant increases in the number of cases in the pediatric population over the past 2 months. Despite this increase, there has been no significant increase in the rate of hospitalizations. In fact, a common virus which we have talked about before, RSV or respiratory syncytial virus, in a typical year causes 5-6 times the rate of hospitalizations as has been seen in the same age group with COVID-19. RSV, which was almost nonexistent last year because of the respiratory disease mitigation measures, is returning at very high levels in much of the economically developed world, including the UK. The thought process emerging is that since COVID is becoming primarily a disease of the unvaccinated including younger people who are not at significant risk for hospitalization, continued mitigation techniques are not necessary. A now-stated part of the UK strategy regarding opening up restrictions in mid-summer was that the public health authorities recognized that whenever opening up occurred, there would be an increase in rate and it was better for this to occur before the indoor season of late fall and winter. Additionally, the United Kingdom trailed most economically developed countries in offering vaccination for any part of the pediatric population. The UK only began vaccinating children age 12 and up about a month ago. Two weeks after starting immunizations in the middle school age group, despite being back in school which some believed to create a higher risk for spread, the pediatric COVID rate began to decrease.

So with all of this, there is a sense in the United Kingdom that COVID as the major impact on activities has passed its peak. Unfortunately, with opening up, all of the other typical cold-weather respiratory diseases, such as RSV and influenza will likely see an increase this winter. The big question, therefore, will be the impact of COVID plus influenza plus RSV plus other routine respiratory diseases on healthcare and general productivity. The main learning point from all of this is that people still need to pay attention to protecting themselves against respiratory diseases in general, especially this year, and consider COVID as just one of a number of health issues that we need to pay attention to and mitigate against. Coming full circle to the lack of overwhelming concern in the United Kingdom about their persistent COVID rates, the real point is that they are learning that COVID is not something that is to be defeated but it is like many other illnesses that need to be controlled. We all need to learn that same lesson.

Rounding out this week’s review of epidemiology and COVID rates around the world, over last week, Europe saw the first increase in COVID cases in about 2 months. Almost the entirety of this increase was due to a near doubling of the case rate in Romania. Excluding Romania, rates were either stable or down on most of the rest of the continent. This is not true in Russia, however, which is currently seeing its highest case rate of the year without new mitigation tools. This has been raising concerns regarding Russian stability. In Asia, rates are near negligible in Japan and Hong Kong, while Singapore, South Korea, and Australia, which had been seeing spikes, appear to have turned the corner with rates coming down. The World Health Organization acknowledged that this week for the first time in several months that overall case rates around the world are decreasing.

In the United States, COVID rates have decreased by another 12% in the past week with every state in the United States except Massachusetts, Michigan, Colorado, New Hampshire, and Vermont showing decreases in case rates. By the CDC’s newest criteria on transmission rates, only Connecticut has a rate below what the CDC has labeled as high transmission although 17 states are in the intermediate range by the criteria we have used through most of the epidemic in the United States. At the current rate of decrease, and assuming no variants, it will still likely be several weeks before a significant number of states are below the level of transmission at which the CDC says that masks in public indoor locations are not recommended even if vaccinated. But in looking at the CDC’s County by County map, there is a steadily growing number of counties around the country that are dropping into or below the level of substantial transmission.

As one may have suspected, as case rates are coming down both point-of-care testing and lab-based PCR testing services are becoming easier to obtain. Just two weeks ago an informal survey of home antigen test availability through major retailers showed shipping dates extending into November. As of this week, however, most are showing immediate shipments with next-day or on-shelf availability of antigen tests. This is not an effect of the over $1B that the White House has pledged towards test availability, but just standard market forces. The White House funding will likely have little impact. Turnaround times for PCR testing are once again decreasing from the 3-4-day range to a 1-2-day range.

It is worthwhile reviewing briefly what test to use and when. Remember that the most accurate test for diagnosing active infection is the PCR test. Generally, the PCR tests are run in labs on very large machines running multiple parallel tests over a couple of hours. There are desktop low-throughput machines available for special circumstances, but because of the low throughput, these generally have a high cost associated. PCR tests are good for screening asymptomatic people because they have the lowest false-negative rate, but even for these tests, in screening unselected people there is still the possibility of false positives. PCR tests are often required for critical need-to-know situations such as anticipated encounters with high-risk individuals and international travel. For both routine screenings of large populations and targeted testing of people suspected to be positive because of symptoms, antigen testing is very effective because of a low false-negative rate in these situations, although the error rate can be unacceptably high requiring confirmation with a PCR test.

On vaccines, there is no definitive news this week, although there has been information released which will be informing decisions to be made by the FDA advisory committees beginning on Thursday. The most important information coming out was analysis from the US FDA internal staff reviews that found no compelling evidence of the need for a booster for people who received either the Moderna or the Johnson & Johnson vaccines. This information now goes to the external review committee for vaccines at the Food and Drug Administration which will meet tomorrow to make recommendations on boosters. The opinions of the internal review are not controlling on the advisory committee and focus almost solely on whether the vaccines in question can continue to prevent hospitalization or death in recipients. The advisory committee takes a broader look which includes the importance of decreasing the prevalence of all infections in decreasing hospitalizations and death rates especially in unvaccinated or high-risk individuals who may catch spillover infections from those not boosted and, thus with slightly lower immunity against mild infections. Additionally, a separate review was released from the National Institutes of Health which corroborated European findings that adenovirus-based vaccines such as Johnson & Johnson resulted in higher levels of antibodies and immunity when they were boosted with an mRNA vaccine. It is unclear how the vaccine advisory committee will handle this information, although given the European data it appears fairly clear that following the Johnson & Johnson vaccine with an mRNA vaccine is likely the best course for optimal immunity.

Pfizer has formally submitted its request for emergency use authorization of the Pfizer COVID vaccine in 5 to 11-year-olds. They are requesting a 2-dose regimen at one-third the strength of the adult version. The FDA announced that the vaccine advisory committee will meet on October 26 to consider this request. Assuming there are no noted safety issues, and following approval patterns to date, it is likely that vaccine for the 5-11-year-old age group would receive emergency use authorization approximately 1 November. Because this is a different formulation it is not just a matter of turning on programs as it was for the 12-18 age groups as this will likely require manufacture and distribution of an entirely different format of vaccine, although it is possible that the FDA would approve simply drawing a smaller volume of the existing vaccine as an interim approach to beginning younger children’s vaccinations.

On Monday of this week, Merck Pharmaceuticals did submit an application for emergency use authorization for its antiviral drug, Molnupiravir. This drug works by disrupting the replication mechanism of the RNA virus. The development of Molnupiravir actually predates COVID, but it was sidetracked early in the epidemic because a senior scientist in the US government believed that the mechanism of action could possibly lead to changes in DNA in human cells. This theoretical risk has not been demonstrated in clinical studies, although it is still likely that the use-case for this medication will be limited only to infections in high-risk patients until additional safety studies are completed.

The last major issue for this week is a major new policy change regarding travel to the United States. Beginning next month, visitors will be able to enter the US at Land or ferry points from Canada and Mexico for nonessential reasons if they can prove that they are fully vaccinated. Then, beginning in January, all documented travelers, including those on essential travel, will be required to demonstrate that they are fully vaccinated. This policy change is being made to align with new international air travel agreements that will allow entry into the US by air for fully vaccinated people from certain countries, initially including China, India, Brazil, the European Union, and the United Kingdom, beginning in November. As can be imagined, there is a significant amount of pushback regarding opening borders to travelers from China given the opacity of  COVID data from China.