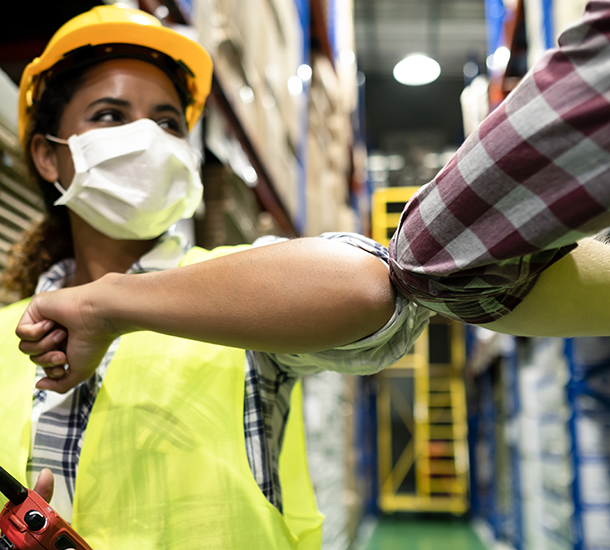 There are no significant changes this week in terms of the dynamics of COVID-19 epidemics around the world. Where the Delta variant has a foothold, cases are showing significant increases. This is true in the United States with cases up by nearly 50% with similar increases being seen in the United Kingdom with cases near the level that was seen in the post-holiday wave in January. Korea is currently experiencing more cases than they have during the entire pandemic to date, while Japan and Singapore continue to see increases, although still not to levels seen earlier in the epidemic.  In all these countries, vaccine programs have shifted in high gear, although only Singapore has reached levels comparable to major North American and European countries. With the current outbreak in Korea, the government has shifted most efforts to first vaccinations which is an understandable strategy but with delta, this still leaves people who received only one vaccination relatively vulnerable.

North American and European Nations almost all appear to run into a wall on vaccination acceptance at about 50% of the population fully vaccinated. In some cases, a major contributor to this unvaccinated population is children, but in almost all cases a large contributor is significant resistance to vaccination amongst about 30% of the adult population. This of course varies between countries, but the net result is significant swaths of the population who are unvaccinated and with the delta variant that is roughly double the infectivity of the original virus, it is reasonable to expect that the virus is going to continue to burn through this unvaccinated portion of the population with little in its way. The results of this is what we are currently seeing with significant elevations in case rates, but little or no increases in deaths. The deaths are held in check by 3 factors:

As Dr. Wollensky, director of the US Centers for Disease Control and Prevention said, this is becoming a pandemic of the unvaccinated. This does not mean that vaccinated people are completely safe from the effects of the virus, but when they do get infected with the virus they do not contribute in meaningful numbers to the propagation of the infection or overwhelming our healthcare systems.

So, what does this mean for the future of COVID-19? The experience in India may be somewhat informative. At the beginning of March, India had a very low vaccination rate and a very low case rate which meant India had very little interest in vaccinations. The delta variant, which emerged in India, rapidly became dominant, and given the increased infectivity, it spread throughout the unvaccinated population very rapidly. By around 1 May, about 7 weeks after the epidemic moved into a significant growth phase, case rates begin to come down even though vaccinations had not reached an adequate number to have meaningfully impacted cases. So many people had been infected and were now immune that the virus was unable to maintain the rapid propagation, and over the following 8 weeks the case rates in India had come down to near where it was before the wave started. It is not unreasonable to expect a similar dynamic amongst unvaccinated populations throughout the world since this is the same variant. In fact, Bangladesh, another country with a relatively low vaccination rate, looks like it may have peaked about 2 months after starting its significant wave, although that data is still early. If this analysis holds, the UK, which started its new delta-driven wave around 1 June, may start to peak sometime in the next couple of weeks. The United States began its delta-driven wave around 1 July implying another 5 to 6 weeks of increasing case rates unless unvaccinated people begin to “come off the fence” in larger numbers to get vaccinated. Unfortunately, because the delta variant has demonstrated that it takes 2 doses to have a significant impact on immunity it is not likely that increased vaccination rates at this point will have a significant contribution to mitigating the curve. Instead, we can just expect very large numbers of currently unvaccinated people to become infected. Fortunately, in the United States, the United Kingdom, and Europe this unvaccinated population primarily consists of younger people who are not at the highest risk of very bad outcomes from the infection, but it will still mean large numbers of infected people as the waves move through various countries.

Since many people in the world, including government officials, have been trained to pay attention to case rates, a major concern is that they will generalize these high numbers of cases across their entire populations instead of recognizing that almost all cases of significance (as opposed to people who are infected but are not at high risk of significant disease) are occurring in only the unvaccinated population. So far, despite significant outcry from certain segments of societies demanding a return to social controls and lockdowns, most governments in countries that have populations where the vaccine is available “on-demand” and are resisting these calls and putting resources into encouraging additional vaccinations. In countries like Australia and Japan where there are inadequate vaccination supplies to vaccinate large portions of the population, the governments have little choice but to use strict social controls such as lockdowns, movement limitations, and economic closures to prevent infections to vulnerable people until these vulnerable people have access to vaccination.

One final note related to the change in the dynamics of this epidemic based on the predominance of the delta variant is that the guidance of 6 feet and 15 minutes may not be valid for the delta variant. Multiple anecdotal reports, including detailed evaluations of specific case tracking, have demonstrated that delta can transmit with only brief contacts, especially between unvaccinated people. There has been no change in the 6 foot, 15-minute guidance yet although it would not be surprising if this does change, especially regarding unvaccinated people.

Multiple studies continue to demonstrate that the vaccines approved in the Americas and Europe, including Pfizer, Maderna, Johnson & Johnson, and AstraZeneca, are creating a durable immune response including adequate response against the delta variant. This appears to also be true for people who have recovered from Covid infection although people with a more mild infection did develop lower antibody levels, it remains unclear what that means for other components of the immune system. Two other vaccine trends are emerging. First, the Sinovac vaccine was studied comparatively against the Pfizer vaccine and was found to produce 10 times fewer neutralizing antibodies. Again, the effects on other aspects of the immune system including T-cell mediated immunity are much more difficult to assess so the relationship between antibody levels and protective immunity cannot fully be established.

In a study of a town in Italy that was hard hit during the initial epidemic in the spring of last year, most residents had antibodies measured early in the recovery and these antibodies have been followed regularly since then. Not only have antibody levels been maintained at almost 99% qualitative positivity, in almost 20% of the population there has been an increase in quantitative evidence of immunity. Bottom line is that there is no good evidence that a third shot will be necessary to maintain adequate immunity levels. There are certain populations such as some immune-compromised people who will benefit from a third shot to build up their initial immunity, but this is very different than a booster shot.

Some very interesting vaccine-related research is being done related to the combination of different types of vaccines. Multiple studies are showing that combining an mRNA vaccine with an adenovirus-based vaccine such as J&J or AstraZeneca results in as much as tenfold higher titers of antibodies than the use of 2 doses of the same vaccine. This approach of allowing mix and match vaccines is allowed although not encouraged in the United Kingdom and Europe. It has not yet received approval in the United States for officially considering someone fully vaccinated.