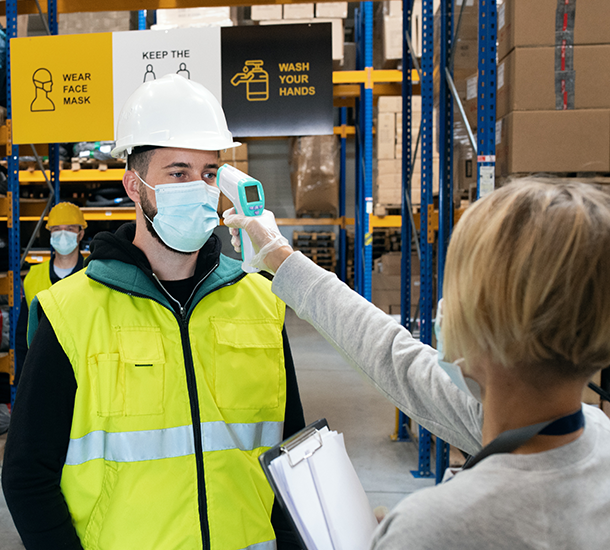 Well, the tide has changed. Authorities who as recently as 3 weeks ago, in mid-January, were still talking about needs for additional restrictions, and various mandates are now talking about how fast can restrictions be eased and mandates reversed.

While we agree that this is the direction to move, remember that this is all on the background of case rates and even death rates that are still at levels as high as they have been at any point during the pandemic, yet officials are saying that we are finally coming out of the pandemic. What this is really showing is something we have talked about at least since omicron became dominant in early January: you cannot just look at case rates in the face of changing virulence. Even the most die-hard public health officials recognize now that omicron is a much lower risk infection than any of the prior variants of the virus and although rates may be high, the impact is far less. In fact, there is even talk of eliminating requirements for isolation for those who are diagnosed with COVID. Between boosters and natural infection, the R-value (the reproductive rate) has dropped below 1 in much of the world, signaling, in the absence of a new variant, the near end of the pandemic.

The one statistic that has been difficult to gloss over has, unfortunately, been the death rate. A couple of points on that, though: First, the real rate of deaths due to COVID is significantly lower than the published COVID death rate because the latter includes people who happened to have had a positive COVID test in the previous 30 days, although that has been true throughout the pandemic. Second, the sheer magnitude of cases did drive deaths up to some extent, but in reality, that exacerbated the first issue because so many people were inconsequentially positive. But now even that rate appears to have leveled off and is beginning to come down – about 2-3 weeks after the number of cases peaked, which is exactly what we would expect.

With the exception of several countries in Asia, including Japan, South Korea, Singapore, and New Zealand, and possibly Chile in South America, most of the rest of the major nations of the world appear to have crested the peak of omicron, and even those listed countries are not on the steep upward climbs we saw just two weeks ago.

In the United States, on average, cases and hospitalizations are down 43-44% in just last the week, and cases are less than a third of the peak that was seen on January 16th, just over 3 weeks ago. But it’s not just the raw numbers that are important, it’s some of the details below them. People over 60 are significantly underrepresented in the number of cases, as are people with risk factors. These groups have generally stayed up to date with vaccines, and they have been protected. Instead, nearly 56% of cases have been in persons younger than 40. And for this age group, the rates of bad outcomes are exceedingly small.

This low death rate is what is driving current debates over how hard to push on boosters, especially for younger people. Across the board, on the basis of the relative risk, boosters lower the risk of death substantially, but for younger people, for whom that original risk of death is already exceedingly small, even a significant further drop in that rate has little meaningful impact on the risk for any one individual.  This has made it hard to make the case for boosters in the US, and in fact, only 26% of the US population has received a booster (compared to over 30% in Australia and Canada and over 45% in several European countries. Young people don’t see that there is a significant benefit to the booster for them specifically. This is especially true for the many young people who have had COVID during this omicron sprint. To put this in numbers. CDC has not published the Case Fatality Rate yet for January, the month when omicron was most likely, but even in November, when Delta was still prevalent and we know the case fatality rate was higher, for the 18-49 year age group, the case fatality rate was less than 0.1% (which is comparable to flu, by the way). If the booster dropped this rate to 0.05% or even 0.02%, I bet that change would not affect many younger people’s behavior. With omicron, it is likely that the starting case fatality rate will be significantly lower than that.

But we are still in favor of boosters and here’s why: Boosters consistently have been shown to reduce the risk of death due to COVID by 93-96% across all age groups. While on an individual risk assessment basis, the difference between 0.1% and 0.02% may not seem that big a deal, if you’re one of those few in that 0.08% difference, it is a big deal. Additionally, there is emerging data that is beginning to demonstrate that the booster dose has major positive impacts on cellular immunity (the longer-term protection against severe disease) that the primary 1 or 2 shot series does not have. And so far, at three months following booster, there is little decrement in real-world protection against hospitalization and death at all age groups. So, on balance, we come down in favor of boosters because of this, but we also recognize that for younger people whose risk of a very bad outcome is already near zero, as outlined above, a further reduction in risk still leaves their risk at near zero. There will always be stories of people who chose not to be immunized and had a bad outcome, but people will not make decisions by outlier data.

The difficult question that will soon be confronting many in the world is what to do about immunizing the youngest children. For us, the argument here is not compelling – at least not yet. Pfizer has been in front of the research on immunizations for the 6-month to 5-year-old age group and based on their initial studies of a two-shot regime, they did not find evidence that reduction in risk of a bad outcome from COVID significantly exceeded the risk from the immunization (not that that immunization risk was significant, either). The problem is not that the shot doesn’t work, it is that the risk of a bad outcome for these youngest kids is so small that it is difficult to statistically prove a significant benefit. Based on that Pfizer chose not to file for Emergency Use Authorization and was instead planning to look at different programs including potentially a slightly higher dose or a third shot. The FDA, however, went to Pfizer last month and asked them to file anyway, explaining that the FDA scientists believe that the ongoing studies of the third shot will demonstrate an enhanced cellular immunity response, as it does for older children and adults, and that will justify the vaccine series. Never before has the FDA applied this logic: immunize now for the unproven benefit and we believe that will set the stage for greater benefit down the road when the data does come in on the third shot. However, even the third shot will have a hard time demonstrating significant short-term benefit against significant disease when significant disease in young otherwise healthy children is so rare, but maybe if laboratory analyses show likely long term cellular immunity benefit, the balance will shift, but for right now, we are not rushing to get our youngest patients immunized. We are not saying that we won’t, but we are not going to recommend immunization on the basis of an unproven future benefit.

A couple of other quick vaccine notes: the US Advisory Committee on Immunization Practices extended the recommended interval between the first two doses of either mRNA vaccine to 8 weeks. This has not been formally adopted by the FDA, but experience has demonstrated that this extended interval decreases the risk of post-vaccination myocarditis, which has been the biggest vaccine safety concern, while simultaneously increasing the efficacy and durability of the resulting immunity. This comes at the expense of lower immunity especially in the last weeks before shot number 2, but the observed benefit far outweighed the risk, especially as overall disease risk is coming down.

New data has driven new recommendations on when to wear a mask. This will have implications for both businesses and individuals as the rates continue to come down.

The first is based on real-world findings of risk reduction due to masking. Across the board matching for vaccination status, respirator masks like N95 or KN95 reduced risk of infection by 83%; surgical masks by 66%, and cloth masks by 56% over no mask. To put it another way, a KN95 adds half-again to the level of protection that you have by wearing a cloth mask. But in situations where risk is already very low, such as those who are boosted and in areas with a low incidence of infection, those differences, and even the differences relative to no mask, are not that significant.

With that in mind, CDC has clarified mask guidance and recommends that fully vaccinated persons wear masks in public indoor settings in areas of substantial or high transmission (≥ 50 new cases per 100,000 population in a 7-day period), adding that these same fully vaccinated persons might consider wearing a mask in public indoor settings, regardless of transmission level, if they or someone in their household is immunocompromised, at increased risk for severe disease, or unvaccinated (including children aged < 5 years who are currently ineligible for vaccination).

An important point to note is that this recommendation applies to public settings – meaning those settings where the vaccination status or compliance with quarantine or isolation guidance cannot be known. In situations, such as certain offices, where you can reliably know the vaccination status of those in the office and quarantines/isolation are the expectation, it is not at all unreasonable to move that threshold out to allowing masks to come off when the local rate decreases to 100 cases per week or maybe even the older threshold of 25 cases per 100k per day or even more. In settings compromised of low-risk individuals, omicron has changed the calculus. Now the goal is simply not to create a super spreader environment and lose too many people all at once to a bad cold for a few days, since the risk of losing people to severe illness for prolonged periods or being shut down by the government is rapidly disappearing. Organizations are shifting to a disease prevention stance similar to what they have in a bad flu season, and this is likely to prove effective.

As far as legal requirements for masking, this is an area that is changing too rapidly to give you detail on local guidance, but many areas around the world are beginning to lift mask mandates. The US Federal requirement for masking in most transportation settings expires in Mid-March and many observers believe that, in the absence of a new variant, it is likely that the mandate will be allowed to expire.

The last thing for this week is the current variant status. There are actually four subvariants of omicron in circulation around the world, but only two of significance, BA1, the original omicron, and BA2. Even up until last week, there was significant speculation that BA2 was infectious enough to overrun BA1, possibly creating a new wave, but BA1 has been so pervasive, with some estimates saying that up to 40% of all Americans will have been infected with BA1 by late February, BA2 has never been able to gain a foothold. BA2 is present, but it is only dominant in one country, Belgium. If it was going to break out, it likely would have done that by now, so BA2 is, at least so far, not being listed as a variant of concern.