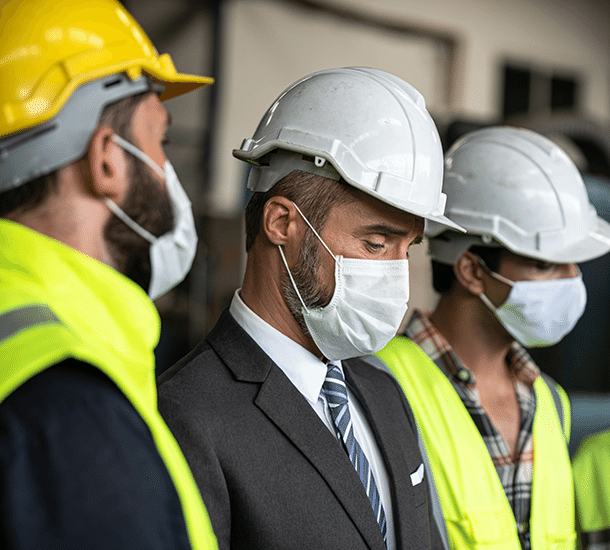 Evidence continues to support that omicron causes much less severe disease than any previous variant, it is significantly more infectious than any previous variant, and infection with omicron does confer good immunity against other variants. Putting those three things together and omicron continues to look more like it has high potential to lead us out of this pandemic and not to push us into a new phase of pandemic panic. Still, with an extraordinarily high rate of infection and a range of severity, even if most are mildly ill, there will be some who have bad outcomes with infection, so reducing risk, especially for those at-risk, remains important.

Starting with epidemiology, this week saw the US Centers for Disease Control and Prevention own up to a very major error in their assessment of the rapidity of the spread of omicron. Early last week, the CDC said that omicron was spreading so fast that it already was responsible for nearly 75% of COVID cases in the United States, despite the fact that this was in direct disagreement with the data coming out of multiple state laboratories. The CCD stood behind that data for over a week until they realized that the data had been corrupted by the fact that many field sites sending samples for analysis were preferentially sending their samples that had field evidence of omicron. This made the sample predominance of omicron much higher than was actually being seen. The proportion due to omicron was adjusted to reduce the estimate by less than 24%, dropping the estimated proportion of omicron by two-thirds.

That adjustment may just seem to be important to statistics geeks, but unfortunately, as I’ll outline in a minute, CDC made major changes to quarantine and isolation recommendations based on this erroneous data, and reduced availability of important therapies just as cases were taking off.

It’s somewhat difficult to interpret various rates around the world as many national statistics offices, as well as clinics, were closed for the long holiday weekend which has made data very unstable for the last few days. The major trend that can be seen around the world, is that with few exceptions, including South Korea, Japan, Singapore, South Asia, and Germany, most of the economically highly developed countries have seen significant cases increases, often on the order of 50% over the past two weeks. Remarkably, however, the numbers of people hospitalized at any given time have increased by only a fraction of the increases in cases while deaths have continued to remain flat to slightly down.

The most interesting case numbers, though, come from South Africa where cases today are less than a quarter of the omicron peak just two weeks ago and overall rates of hospitalization and death were about a quarter of what was seen during the major delta wave earlier this year. This is very good evidence that omicron is likely much less virulent. Naysayers counter that the population in South Arica is generally younger than in the US and Europe. While this is true, the age-stratified death rates in South Africa show similar drops.

The other important epidemiologic trend to address is reporting that omicron is causing increased hospitalizations of children. On the basis of raw numbers, this is true, but only because omicron is infecting so many more children as well as adults. In fact, a careful review of the numbers in New York, where omicron is predominant, has shown that omicron causes generally less severe disease for children than previous variants have caused. Additionally, part of the statistical issue is that the pre-omicron numbers of childhood hospitalizations were so low, that small increases in absolute numbers result in huge increases on a percentage basis. For example, during the first week in December, there were about 17 children hospitalized in New York with COVID. Last week that number was 68. Those are both tiny numbers in a city with well over a million children, and on top of that, note that those numbers include children who were hospitalized for something other than COVID and were found on routine admission testing to be COVID positive.

So, the key take-home messages on demographics are

Anecdotally, many clinicians have noted that many clinically apparent cases of omicron are not showing positive on antigen testing. There are other viruses going around, so every “cold” is not omicron, there are 14 states in the US where flu is at moderate to high levels, and the European CDC just last week declared the Flu is at epidemic levels in Europe. There is some data that antigen tests are marginally less sensitive for detecting omicron, but equally as important is that, especially in vaccinated people, with omicron, the viral load in the nose and throat is detectable by antigen tests for only a short time, perhaps only 48 hours as opposed to around 5 days with earlier variants. By the time many with omicron get around to testing, their immune system may already be clearing the virus from their nose and throat, even though symptoms may persist for an additional 1 to 2 days. The antigen tests are still useful, however, as their ability to detect is somewhat proportional to someone’s infectiousness, so while a negative test should not be looked at as a clean bill of health, it does give some comfort that infectiousness is at least lower.

The other major issue with testing is availability. Because of the increased case rates, these at-home tests are flying off the shelf. Especially in areas where omicron is prevalent, testing at the first sign of illness, except in someone with risk factors who needs to get treated early, may not be that beneficial, and testing following exposure is a questionable utility. Still, if in an area where delta is still commonly circulating, testing early is important as it can help guide necessary treatments.

One last point on testing: With omicron looking to cause less severe disease, many are only utilizing home tests and never entering the healthcare system where PCR tests are done. Since only PCR tests get entered into the official statistics, whatever we are seeing in those official statistics are even less likely to reflect actual disease levels than they ever have been, and we already thought that many cases were likely missed in these statistics.

The CDC’s major error in the calculation of omicron proportions had a major ill-effect. Based on the assumption that delta was soon to be nearly eliminated as commonly circulating, and that only one of the three available monoclonal antibody treatments was still effective against omicron, the US Department of Health and Human Services last week ceased distribution of the other two antibody cocktails. This meant that only one antibody treatment, Sotrovimab, was available, and consequently, it has become very difficult for anyone to get treatment. There was little thought given to the consideration that if someone with low-risk factors did in fact have omicron and got an ineffective antibody treatment, it wouldn’t hurt them, but if they did in fact have delta, then they would have the opportunity to greatly reduce illness and days out of circulation. We try to not get too opinionated, but the decision to remove the two monoclonal antibodies from the armory was an egregious decision that hurt many people and benefited few. We would have been much better off making the existing stocks of antibodies more widely available but educating clinicians on the importance of saving the one known omicron effective cocktail for the highest-risk people in the higher omicron predominant areas.

In other treatment news, the two antivirals, one from Pfizer and one from Merck will start shipping to pharmacies next week. However, availability will be extremely limited at least until early February. Also, while Merck’s Molnupiravir has been FDA cleared, the efficacy of the drug is low and there remain questions about DNA mutation effects that the FDA has assessed as low-risk given the short duration of use. The efficacy of Pfizer’s Paxlovid is nearly 3 times as high as Molnupiravir and there appears to be a very low risk of adverse effects.

Lastly, there was an article recently in the Wall Street Journal addressing the drug fluvoxamine against COVID, Fluvoxamine is a drug typically used for obsessive-compulsive disorders. Discussion of this drug has been going on for a few months, based on small, but very convincing studies, but NIH has never endorsed it. Interestingly though, the NIH statements regarding fluvoxamine have not been as dismissive as they are with hydroxychloroquine or ivermectin. The most recent analysis of the COVID therapeutics committee at NIH was just published two weeks ago and they said, “There is insufficient evidence for the COVID-19 Treatment Guidelines Panel (the Panel) to recommend either for or against the use of fluvoxamine for the treatment of COVID-19.” The largest study they looked at was a well-done study from Brazil that showed clear statistical benefit from the use of the drug, but the real clinical difference was not that huge (hospitalization risk reduction in at-risk people reduced from 16% to 11%). Nothing has looked at effectiveness in simple minimization of symptoms/duration in non-at-risk people. Still, there is some evidence of benefit and the adverse reactions to Fluvoxamine are very very small, so it’s one of those meds that, in the absence of something better (Paxlovid or monoclonal antibodies), it may be worth considering.

Some of the most important considerations in attempting to limit the spread of an infectious disease are those regarding isolation and quarantine of patients infected or exposed. Few dispute that the current guidance of 10 days isolation for those infected is too conservative but based on studies showing that omicron is consistently non-infectious by about the fourth day after initial infection, versus Delta at about 6 days, the CDC cut the recommended isolation period in half. A large part of the basis for this change were those same faulty assessments of the predominance of omicron versus delta that the government used in cutting off the flow of monoclonal antibodies. Since Delta was, and possibly still is a significant number of cases, jumping straight to 5 days could mean pushing these delta-infected and thus infectious people back out into circulation before they are completely cleared. Many authorities, such as the former US Surgeon General Jerome Adams, have asked the CDC to undo the change, but the CDC is sticking with it. For groups we work with, we continue to advise that if they want to shorten the isolation interval for good business reasons, our general recommendation is keeping it at least 7 days, if not sticking with the older 10-day guidance.

But the CDC did not stop there. They also dropped the quarantine period for those exposed and fully vaccinated to 5 days. But take notice of the fine print: if you are eligible for a booster and have not gotten it yet, or you have not been vaccinated at all, you must physically quarantine for 5 days. This is a backdoor way of changing the definition of “Fully Vaccinated” to include boosters when eligible.

As omicron rapidly continues to displace delta, we will get to these shorter standards soon, but until then, it is worth considering the rates of delta in your area and plan based on longer (perhaps 7 days) isolation or quarantine. In fact, once omicron does conclusively replace delta, the bigger questions will be whether quarantine and isolation of asymptomatic people will be advisable at all or do we just shift focus to the protection of those at risk.