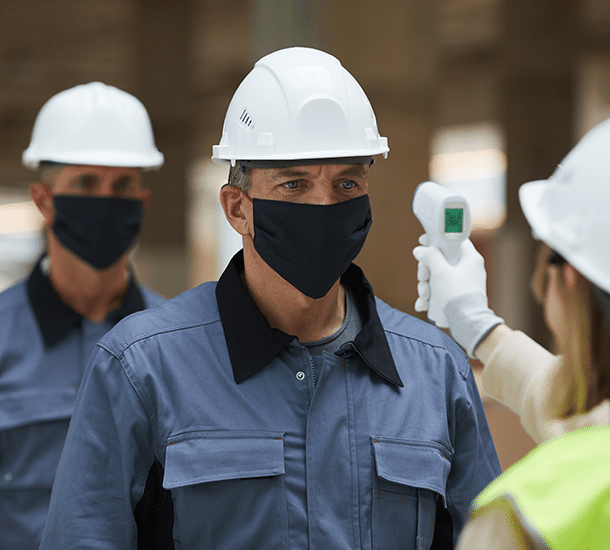 As we expected, the omicron variant is surging and becoming dominant in much of the world. While we cannot trust the raw data that we are seeing from the end-of-year holidays, there is enough information coming in that we are able to confirm much of what we expected with omicron last month.

The first point is that omicron is extremely infectious, maybe even more than we thought. The data supports relative infectiousness compared to Delta at 2 or 3 times the infectiousness of delta, but this is likely a significant underestimate. With delta and earlier strains, most people who are developing symptoms were getting tested with a lab-based test in order to confirm their diagnosis. Both because of the nature of omicron as causing generally less severe illness and because of the general fatigue people have in dealing with COVID-19, many people are not getting lab-based tests to confirm their diagnosis. In fact, researchers are finding that many people are not even bothering to test if they have minor symptoms and since omicron often does not become severe, they are never tested. Furthermore, because of the availability of over-the-counter tests, many people do not bother going to the trouble of getting a confirmatory lab-based, typically PCR, and are rather relying on the results of the over-the-counter test when it is positive. Putting this all together, this means that the very high number of Covid cases that we are seeing, which we already believed to be an underestimate by probably half are now most likely even less than that, perhaps far less the actual total number of Covid cases.

In the United Kingdom, the government estimates that 1 in 15 people in the country have had COVID over the end of year period, ranging to a high of 1 in 10 in a greater London area. In Europe, cases had not been rising to as high a level as the UK, but as public health authorities return to data production after the holiday, it appears that rates are increasing by 50 to 200% week over week.

The second major point is that to the extent we can trust the information coming out of CDC after their mistake in estimating the proportion of omicron cases in the middle of December, they now estimate that omicron represents 95% or greater of all SARS-CoV-2 infections in the US. There is some regionality to that with omicron in nearly all cases in the Northeast, but 75 to 80% in some of the mountain states. In the UK, omicron consistently is at greater than 95% estimate in all regions.

And the third point is that data consistently points to less severity. In the UK, for example, not only the death rate, but the total number of COVID-related deaths have decreased despite the significant increases in cases. In the US and the UK, hospitalization numbers are up, but ICU stays much less so, and the numbers of hospitalizations are increasingly much more slowly than the number of cases. In Israel, despite a steady increase in cases due to omicron, today reaching the highest number of COVID cases ever at 12,000, there are only 125 cases noted to be serious and the 7-day average number of COVID deaths over the last 2 weeks has been zero.

So, what are the key take-home messages from all of this:

Since early last year, we have been promoting monoclonal antibodies for anyone who gets COVID. Their effectiveness and safety are both excellent and we still encourage them. However, the problem is that as rates went down over the summer, there was less manufacturing demand, and stocks were depleted. Now that there is a high number of people getting COVID, and 2 of the 3 available monoclonal antibody cocktails have been shown to be minimally effective against omicron, health departments are significantly rationing these treatments. Many locations, New York state being a major one, are limiting the use of monoclonal antibodies only to unvaccinated patients with significant risk factors. Patients with moderate risk factors, including age over 70 are being turned away if they have been vaccinated.

The two antiviral medications that were just approved, Paxlovid and Molnupiravir, start shipping this week, but for the next few weeks, their supply will be extremely limited. In most jurisdictions, they are being centrally managed, and often the main distribution channel is through community health centers that have a higher proportion of medically underserved and often unvaccinated patients. Do not realistically expect access to these medications until February at the earliest.

For both, isolation and quarantine, the primary period has been shortened to 5 days. The reasoning for this is that with the now dominant omicron, the cycle from exposure through infectivity and to post infectiousness has shortened from 7-8 days with the early virus, to 5-6 days with Delta and now 4-5 days with omicron. Remember that omicron typically manifests 24-48 hours after exposure and that infectiousness starts about 12 hours prior to manifesting any symptoms and that infectious lasts until symptoms begin to clear, typically about 48 hours after symptoms start. With omicron dominance and these short durations, CDC felt that longer quarantines and isolation were keeping people out of circulation for too long beyond their infectiousness, and consequently, many were not following the rules, anyway.

To summarize, if you are infected with COVID, without regard to vaccination status, you must isolate for 5 full days counting the day symptoms start (or positive test if no symptoms) as 0 and not returning to general circulation until day 6,

If you do not meet the above criteria, then you are supposed to quarantine for 5 days, then wear a mask and avoid travel and settings where you need to remove your mask (such as restaurants) to complete another 5, or 10 total, days.

There are exceptions and amplifications to these guidelines, but we will refer you to the CDC website, at www.cdc.gov/coronavirus for more detail.