COVID-19 Vaccine Developments, and the Possibility of a Second Wave 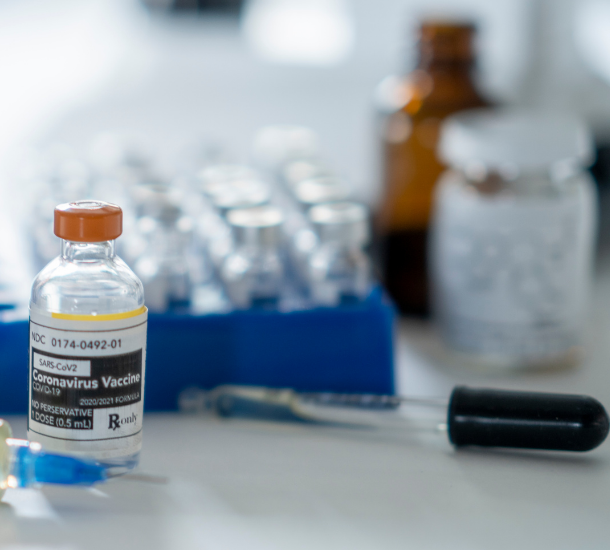 Dr. Tony Fauci clarified some previous remarks made by both him and Dr. Redfield of CDC. Last week, they both said in separate talks that it will be well into next year before vaccines will stop the COVID-19 epidemic in the US. The media put out stories interpreting this to mean that we will be in heavy restrictions for most of next year, if not worse restrictions given the potential combination of COVID-19 and flu.

This week Dr. Fauci clarified that he fully expects that anyone who wants to be vaccinated will be fully vaccinated by April of next year or roughly 6-7 months from now. This is a major clarification, meaning that barring any change in the virus or an issue with all the vaccine candidates, we should be done with COVID-19 by mid-spring. But this timeline also means that we will likely begin to achieve some degree of herd immunity before then through a combination of natural infection, vaccination, and, possibly, innate, or relative immunity to SARS-CoV2.

In fact, if vaccine trials are mostly successful, the US Government has contracts and capacity in place to deliver 100M doses of vaccine by the end of the year and 700M by the end of March. This is more than enough even for a 2-shot regimen that will likely be required for immunization. Without being over-optimistic, it is still looking like COVID-19 will be mostly behind us by early spring. To be sure, there will still be a low-level of cases, and we will likely still have sporadic severe cases and deaths related to at-risk individuals, just as we do with influenza, but COVID-19 as a major disruptor of life and economies around the world will be done.

Another piece of very positive news is that a fourth major vaccine candidate has entered phase 3 trials. This vaccine, being developed by John & Johnson, is the most conventional vaccine that has reached this stage to date, with a basic structure that has been used successfully in other approved vaccines. This vaccine, based on an adenovirus, has one minor weakness in that some people have pre-existing immunity to the underlying virus used in the vaccine, so in some cases, the body attacks the vaccine before it recognizes that it needs to develop antibodies against the SARS-CoV2 component, but the adenovirus strain being used has been chosen because the baseline immunity in most parts of the world is very low. The full approval pathway for this vaccine extends until 2023, but Johnson & Johnson expects to prove adequate safety and efficacy for initial Emergency Use Authorization by year’s end.

Currently, there are 4 major American/European vaccine developers on track to contribute a successful vaccination program through the first quarter of next year:

There are at least 3 Chinese vaccines and one Russian vaccine also in late-stage trials or limited approval, but recent data is that at least the Russian vaccine utilization has been put on hold for unknown reasons.

Beyond the vaccines, the biggest COVID-19 question on most people’s minds currently is if we are in the early phases of a second wave. In Europe; Spain and France are seeing rapid upticks in disease rates, although, they are still well below the rates in much of the United States and Asia. The United Kingdom, which just 3 weeks ago was subsidizing diners to go back to restaurants, has once again restricted opening hours for pubs, eliminated standing at bars, and recommended that those who can work from home, do work from home. Prime Minister Boris Johnson has said that he hopes these measures, in conjunction with a re-emphasis on masking and social distancing, will be adequate to prevent a need to return to more draconian lockdowns.

In the US, several states are seeing double-digit week-over-week percentage increases in cases, but most states are staying flat to slightly down. This is an improvement from the middle of last week when there were only a handful of states that were not on an upward trajectory. The role of return to school continues to be debated, but so far, initial increases in disease rates that appeared linked to return to school, have turned around in many places. Whether this is because college students are learning that individual actions do make a difference, or some other unrecognized factor, the fact remains that with limited exception, states are holding their own. Anyone with young adults in their family should take note of the fact that in the last few weeks, Americans in their 20s accounted for a significant plurality of new cases of COVID-19 cases, although very few of those cases became severe. The next big test will be the change of season bringing colder weather that drives people indoors where the closer quarters may lead to more infections. At this point, we simply do not know.

It is worth noting, however, that Prime Minister Trudeau of Canada warned that he believes Canada is on the brink of a second wave that could be much worse than the spring. While there is little question from all the models that the possibility of a larger wave is there, most of these models only get there by assuming that people drop their guard and forget about masking and social distancing.

This is not the time to let your guard down. Even if you have followed and believe in the Finland model which has achieved a steady low-level case rate without severe restrictions, remember that even the Finns closed high schools and colleges, prohibited gatherings larger than 50, and recommended, but did not require, measures to reduce indoor density, including working from home, increased table distances in restaurants, etc.

Finally, a small parallel for people to have a better understanding of the key situations that support infection. Some of you may remember the days before smoking was prohibited in bars and restaurants and can remember the visible smoky haze that would form in these rooms. Well, it turns out that the particle size of cigarette smoke and the particle size of respiratory secretions that carry COVID-19 are similar. Think back to those days where standing in a bar meant inhaling that smoke all evening or sitting in a restaurant often meant jockeying for a table either distant from a smoker or down-wind from that smoker. If you can remember the situations where the smoke was enough to make you uncomfortable, those are exactly the situations that put you at risk for exposure to SARS-CoV2. If you can stay in well-ventilated areas with good air exchange that would have cleared our tobacco smoke back in the day, those same areas will be relatively safe for COVID-19.