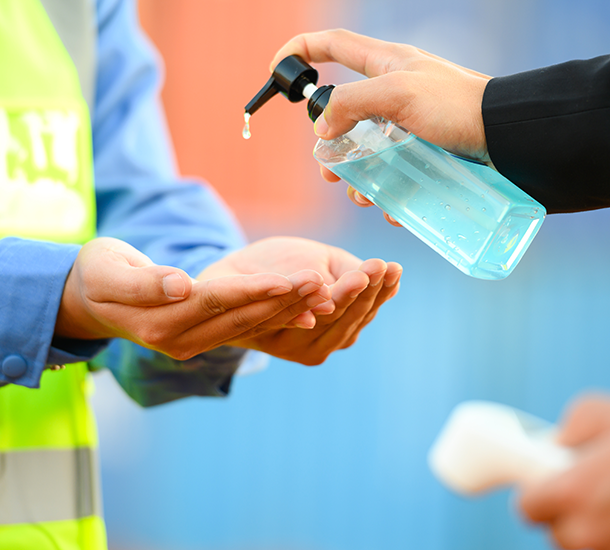 Today is the first full day of fall, which is also the typical beginning of cold and flu season, and as many fear, potentially COVID resurgence season. However, as of right now, COVID has been on a steady downward slope for the last 90 days and most people are feeling like we’re done with COVID as a major concern.

There are many “experts” out there who are telling us that we’re not done, so we do want to take a little time to give you some thoughts on both sides of that issue. As a point of comparison, right now, the number of reported cases globally is almost exactly where we were a year ago. In fact, because so many cases now go unreported, the actual case numbers are likely much higher than they were a year ago. But as we know, this is not the same disease as the Delta strain that was prevalent then. Prior to vaccination, the case fatality rate for COVID was estimated to be well over 2%, whereas the current US case fatality rate, as estimated by Johns Hopkins is just over 1% and has been decreasing since the beginning of this year, with the exception of a very slight increase at the height of the omicron surge last spring. And even that 1% is an overestimate for the great bulk of the population for two reasons: The numerator in that rate calculation is based on COVID being mentioned on the death certificate in any way. A person who died in a car accident and happened to have been diagnosed with COVID recently is likely to have COVID mentioned on the death certificate in many locations. Similarly, the nursing home resident who dies with multiple contributing conditions, just one of which happens to be a COVID diagnosis in the 30 days prior to death will likely be categorized in this setting as a COVID death. The second major reason this rate is overstated is that the denominator is based on reported COVID cases. COVID cases are much more likely to be identified in people who are at greater risk for severe outcomes, especially those with multiple other medical conditions or who are in some type of healthcare setting. The general population that is younger and healthy rarely anymore reports a positive antigen test in any way that makes it into official statistics. We’re not going to take a stab at the real case fatality rate for COVID, but suffice to say, it is far less than 1%.

As a point of comparison, the flu case fatality rate is approximately 0.1%. While the numerator data for flu is subject to some of the same issues as with COVID, the denominator is based on long-term sample-based estimates of the actual number of Influenza infections. So, the bottom line, is that on a very rough basis, COVID and Flu likely have comparable severe outcome rates. In fact, and as we have mentioned before, if you are vaccinated, even well out from the original vaccination, the vaccine efficacy for COVID vaccines is actually much better than the vaccine efficacy for Flu, so if you’re vaccinated for COVID, you are very well protected.

But even though severe outcomes for any given case may not be concerning for most people, many projections say that over the next month or so we will reach a nadir in the number of cases, hospitalizations, and deaths and then will see a steady uptick over the winter months in the Northern Hemisphere. The reasoning behind this is based primarily on the assumption that as people are driven indoors and closer together by fall and winter weather because COVID is now known to be primarily transmitted by respiratory aerosols, more people will come into contact with the virus on a regular basis, and since vaccinations lose their efficacy over time against infection (but not as much against severe outcomes), we will naturally see more cases through the winter, just as we do with colds and cases of flu.

As you can imagine, as soon as we start seeing that uptick, there will be loud renewed calls for masking, social distancing, and various governmental interventions to try to address any case-rate increase. Of note, in the two weeks after the US Labor Day holiday, which is a traditional major event and family gathering time, case rates did go from steady down to flat across the US, and even with an upturn in 25 of the 50 US states. In the UK, which is a little ahead of most of the US in terms of onset of typical fall weather, the steady drop in cases seen there since late spring has flattened out and case rates are flat there. Elsewhere, the Global case count continues downward, although Europe, with the exception of Norway, is starting to see a slight upturn in case numbers. Again, remember that absolute numbers are meaningless and cannot be compared to numbers from earlier in COVID, but changes in case numbers are meaningful and this slight upturn is consistent with the prediction for a fall weather-induced increase. The main trouble spots in Asia: Japan, Korea, Australia, and New Zealand are all coming off their highs. Only Taiwan continues to show a high rate and still increasing trend.

Does this mean a new wave? In the absence of a new variant, if anything it is likely to be more of a swell than a wave as behaviors in the world have changed with many organizations supporting the ability for people to stay out of the workplace if they have respiratory disease symptoms, or at least encouraging distancing and masking. These measures and the other components of the Swiss cheese approach to respiratory disease protection are going to mitigate any increase in cases.

But what about flu? In previous weeks, we have discussed the common projections that this will likely be one of the most severe flu seasons we have seen in several years. The logic behind this is that flu is constantly changing and that individual immunity to flu is generally not durable. Especially since our population immunity is based on a combination of natural infection and vaccination, and since the total number of natural infections worldwide has been low over the past two to three seasons, in the absence of an atypically high uptake in vaccinations, our herd immunity may be at low levels that are unprecedented in the vaccine era.

Despite all the flu hype, it would not surprise us if the flu season does not end up being as bad as some are warning. Even though most people are feeling that they are done with major COVID precautions, the reality is that many, if not most people have changed behaviors at least somewhat as far as crowded locations, avoiding others while ill, and other simple behavior changes. At the same time, many organizations still have some degree of policies in place regarding extra cleaning of high touch points, telework, decreased densities in offices and meetings, increased building ventilations, etc. All these changes, representing the Swiss cheese approach targeted at COVID, will be extremely helpful in decreasing the spread of flu, so we will go a little bit out on a limb and say that flu season may not be as bad as some are predicting. You can help that if you make a point of getting yourself and your family vaccinated over the next 3 weeks or so. Generally, we suggest that mid-October is the best time to get a flu shot. That’s not so late that flu season will have already put you at high risk, but also not so early that your immunity is waning while rates are still higher at the end of the season. Of note, the last week for which we have flu data from CDC was for the week before last, which would not have reflected the influence of Labor Day gatherings in the US, and that showed the lowest rate of flu in over a year. But that can change quickly, so don’t assume that low rates then mean they are not changing.

The one big piece of vaccination news is that the largest US jurisdiction to mandate flu shots in offices, New York City, has announced an official end to vaccination requirements in workplaces as of November 1. As we mentioned earlier this month, the Mayor’s office announced a few weeks ago that they were no longer enforcing the requirement, which placed many organizations in a quandary as employees heard the Mayor say it would no longer be enforced, but many companies still did not want to be exposed to the liability associated with failing to follow a legal requirement. This will put the law consistent with practice.

But for companies that have a vaccine requirement, does it make sense to drop it just as we enter the time of year when we are being told to expect a new surge in cases? The key argument for dropping vaccine requirements would be that since we have data that shows vaccination does effectively prevent serious disease and death and everyone has had an opportunity to get vaccinated, the greatest risk attaches to those who choose not to get vaccinated, so it’s their problem. Still having unvaccinated people in the workplace does increase the chances of introducing COVID into the workplace and increases the risk of transmission, so an argument can be made that a company that chooses to drop vaccine requirements does slightly increase the risk of infection for others. So, an argument can be made in either direction. Our general guidance has been that in areas where transmission rates are low, to begin with, the absolute added risk of allowing the relatively small number of unvaccinated workers back to work is small, but if community risk starts to increase, then that should be rethought.

The other major vaccine question we get is regarding the need for the new bivalent booster. In fact, statistics are showing that even those who pushed to get their initial vaccination are not so eager now. 77% of eligible adults got the initial series, but only 52% got the first booster, and only 35% of those eligible (which was only those over 50 or with an underlying condition) got a subsequent booster. A very thorough study of emergency and urgent care encounters for COVID-19 demonstrated that even well beyond the 4-6 month period when vaccine effectiveness is known to level off, efficacy against ER/Urgent Care encounters and hospitalization remains very high. While the same study shows even higher efficacy for a fourth shot, not enough time has elapsed to know what effect a fourth shot has on durability, and given the good efficacy of the second shot, many are questioning whether the added benefit is worth it for subsequent boosters.

Based on the good safety profile of the vaccines, especially data showing lower side effect rates for subsequent boosters, we would support getting the bivalent booster. While we’re not convinced that the booster will have a clinically significant reduction in the risk of severe disease or death, the data does support that it decreases the risk of moderate COVID illness over several months.