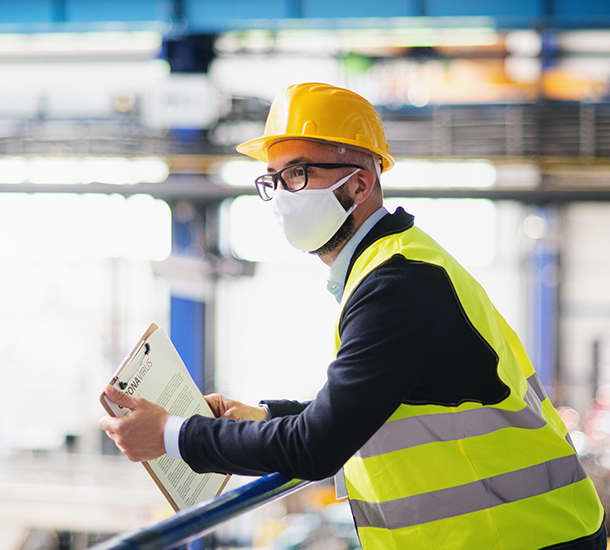 Last week was the second anniversary of the initial declaration of a national emergency related to COVID on March 13 and of the first “Stay-at-home” orders on March 19 in California. Not exactly an auspicious anniversary, and looking back at history, despite all the medical advances of the last 100 years, this has actually now lasted about double the length of the 1918-1919 pandemic flu.

At the outset of this epidemic, you will probably remember the mantra of “flatten the curve” with the idea being to push down the peaks at the expense of lengthening the epidemic, in order to reduce the likelihood of the health system being overwhelmed. It appears that this is exactly what has happened, although, at times, we had large peaks anyway. One of the areas of investigation is and will continue to be whether the significant social mitigations put in place really did decrease the cumulative damage done by the epidemic. Looking at a very crude measure of “Blue State” approaches to enforced mitigations versus “Red State” approaches, it does appear that the more heavy-handed approaches did result on average in fewer cases and fewer deaths, but that does not in any way address second-order effects such as long term problems from lost years of in-person learning, lost societal productivity, mental health, and suicides. As you start seeing analyses come out, it is going to be very important to ensure that these second-order effects get the appropriate attention as it is often more easy to simply look at short term measures such as case counts, hospitalizations, and deaths and say governmental heavy-handed approaches had better outcomes, when in the long run, these second-order effects may have more profound impacts on society and the economy for years to come.

Right now, most people are worried that we may be entering another wave. Over the last two to three weeks, the decline in cases has stalled or reversed in many parts of the US, and cases have continued to increase in much of Europe and the UK. As we noted two weeks ago, this is largely attributable to the combination of Omicron BA2 increases and simultaneous releasing of many controls throughout the world. Most models as well as informed opinions from epidemiologists believe that most of the world is already nearing the end of this BA2 driven cycle and combination of spring in the northern hemisphere and herd immunity effects from the combination of people who have had either form of omicron combined with vaccinations will see most nations return to lower cases numbers over the next couple of weeks. However, the big concern is China. China has essentially no herd immunity, vaccinations that do not effectively prevent infections, especially this long after most received their primary series, and now a variant, BA2, that rivals measles as being the most infectious virus on the planet. The next 6 to 8 weeks will be critical to see if the “zero COVID” policies that China has followed up until now are adequate to stem the tide of cases, and if not, as omicron hits in a relatively lower immune society, will the less severe effects we have seen in most of the rest of world also apply to China. If not, given the relative lack of intensive health care support in China, this could be a rocky summer.

The only other country in the higher economic ranges to be having ongoing significant issues is South Korea. That nation is seeing half a million new cases per day, but deaths only in the low to mid-hundreds. Still, while the overall health system there appears to be handling this surge effectively, the intensive care system is near peak capacity. Korean public health authorities, who have been fairly accurate in most projections until this current wave, have indicated that they think the peak is at hand and rates will rapidly tail off over the coming weeks.

So why is it that omicron, as infectious as it is, is not developing into a scourge as was feared by some? While we still want to caution that we have not put omicron BA2 behind us, the factors that are proving to be important is that there is little difference in effect between the original omicron, BA1, and BA2 and prior infection with BA1, which some believe may have reached 50% of the population in many communities, is very protective against both reinfections with BA1 and new infection with BA2. Additionally, and as alluded to in talking about China, in relatively immune populations, the effects of omicron are generally limited to upper respiratory symptoms. That doesn’t mean that no one will have a bad outcome, but most people are just experiencing typical cold symptoms because the virus does not attack vascular tissue in the lungs and other organs as alpha and delta did. There is no reason to believe that this pattern will change, but we need to watch carefully to see if these findings hold in regions of the world that were not hard hit earlier, especially in China and parts of Africa.

A major question that we are routinely getting currently is how should organizations be reacting as we are in this BA2 driven mini-wave. With any kind of critical incident, an organization cannot manage just the science or the mechanics of the event, it must also consider the reaction to the event by its employees and customers. Right now, with media still highlighting the increases and saying that we can’t be sure where the infection rate will go, people both inside and outside organizations are wary. Our recommendation to most groups has been to hold their course and let the data guide them. This may not be the time to aggressively push the removal of layers of mitigation, but for all the reasons we’ve outlined, this is also not the time to start layering mitigations back in. The CDC risk assessment model that was unveiled at the end of February, which focuses on impacts rather than numbers, is proving to be very effective for both managing response as well as communicating risk to the general public. The only feature not included in the model is any view of dynamics, meaning that if a fast run-up in cases or hospitalizations were to be noted, it may take time for that to reflect, so organizations, including families, should keep an eye on the rate of change of cases and hospitalizations so as not to get behind the eight-ball if we and others are wrong in our assessment of BA2.

The manufacturers are pushing hard for a booster as they rightly assess that antibodies are decreasing to non-protective levels between 4 and 6 months after the last dose. But very importantly, cellular immunity remains robust and that immunity is highly effective against serious disease and death and is increasingly demonstrated to decrease any duration of infectiousness. With that in mind, is a booster, with the side effect profile that we have seen, worth it. Right now, our assessment is that with the likely decrease in cases as spring hits the Northern Hemisphere and the existing immunity levels in communities, it is not worth it for most people. Instead, from what we are seeing right now, the better approach will be to hold off until fall cold and flu season. At that point, a booster, together with a flu shot, may be important to keep the disruption of even mild respiratory disease down through the fall and winter. Additionally, we may have an omicron-specific component by then, so the vaccine may have even greater short-term effectiveness. For people with significant risk factors, they may still choose to get a second booster, and we would not argue that as there is no evidence that too many boosters cause negative impacts on immunity, although the cumulative effects on auto-immune problems are not known at present. Those effects could be important, or could be minimal, we just do not know at present.