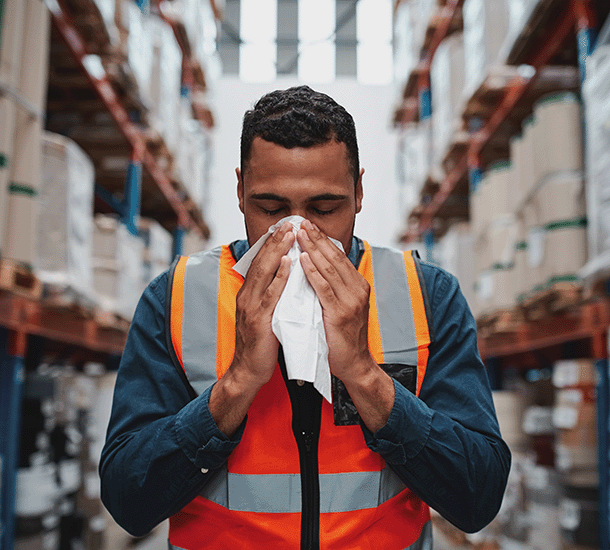 This may be hard to believe, but the first human infection with SARS-CoV2, the virus responsible for COVID-19 probably occurred right around now, three years ago. We may never know whether this was a virus that evolved from human-animal interaction, as has been cited by the Chinese government, or a release in some manner from the Wuhan Institute of Virology as many international health security experts believe, but we do know that in mid to late November of 2019, there were rapidly increasing numbers of cases of an unusual respiratory virus observed in Wuhan, China, and the rest is still evolving history.

But for the first time in those three years, the lead health impact now is NOT primarily COVID. Don’t get us wrong, COVID has not gone away, and, in fact, it has most assuredly evolved into another globally endemic coronavirus, adding a fifth major circulating strain on top of the existing 229E, NL63, OC43, and HKU1. Over the next few years, one of two things is going to happen with SARS-CoV2: Humanity will continue to develop greater and more widespread immunity against the worst effects of COVID and it will fade into the background, or a vaccine that is widely effective against coronaviruses will be developed and all the coronaviruses will have less impact on humanity.

But for today, our concern should be more focused on two old and well-known viruses: Influenza and Respiratory Syncytial Virus or RSV. For the past several months, we have been discussing concerns that Flu has the potential to be widespread this winter, and it appears the increased rate has started. Typically, the rate of visits for suspected flu starts to pick up in mid-November, but this year, the national baseline was exceeded the second week of October and has continued to increase. The rate of increase has been highest in a swath of states in the Southeast stretching from Texas, across the Gulf Coast, and up the Atlantic Seaboard to New York City. This CDC data is always a week to two weeks, old, however, other states, including Maine, Illinois, and California are also reporting that hospitals are facing high admission rates due to flu and other respiratory illnesses.

That “other respiratory illnesses” comment includes both COVID-19 and RSV. We will focus on RSV because COVID-19 itself is not showing significant new impacts, as the COVID hospitalization rate in the US has been flat for weeks. Specifically, the data shows COVID-related hospitalizations are down 3% in the last week. This is a similar story in the rest of the world, also, with COVID hospitalization rates coming down in almost all economically developed countries that report hospitalizations. RSV, however, is having widespread impacts. You may remember that over the summer, an unusually high rate of RSV in children was noted, especially high for this disease which is mostly a winter respiratory disease. Still, it was not high enough to have a major impact on hospital capacities. Now that the colder weather is here, however, RSV is having a major impact.

First, some background on RSV. The name is very descriptive in that it primarily affects the connective tissue, or “syncytium,” in the respiratory tract causing inflammation throughout the medium to larger airways. Unlike the early variants of COVID that sometimes caused massive inflammation in the space between the air sacs or alveoli and the smallest blood vessels or capillaries where air exchange with the blood occurs, RSV gets into this “syncytium” of the medium and large airways causing inflammation there and effectively narrowing the airways both anatomically and functionally due to increased secretions. For adults and larger children, typically over age 5, this just causes a typical “chest cold” with congestion, productive cough, and often some mild to moderate wheezing. For smaller children, however, what are “medium-sized” airways in larger people are still tiny in their smaller bodies and when they swell and fill with fluid, they can severely impact the flow of air to the air sacs, resulting in a disease more broadly called bronchiolitis or inflammation of the bronchioles, which is the medical name for the medium-sized airways. For the affected 1- to 4-year-olds, this results in severe wheezing and sometimes even airway closure. In fact, in wintertime, even in a normal year, RSV and the resulting bronchiolitis can be the most common cause of hospitalization for otherwise healthy preschoolers. This year, we are already seeing RSV-related admissions at typical mid-winter levels with many hospitals reporting at or near capacity in their pediatric advanced care units. Kids get colds all the time, but the symptoms to watch for are fast breathing, severe wheezing, poor appetite because they are working so hard to breathe, and even dusky or bluish skin coloration. Fever is often minimal to absent. These kids need care quickly. Fortunately, there are good medications to blunt the RSV impact while the immune system kicks in, but with the high amount of RSV in circulation, this is going to build on itself in a very typical epidemic fashion, so it is reasonable to expect a high impact on hospitals and on parents’ availability through the rest of fall and into winter.

Generally, this is not thought of as an adult disease, because of the airway size issues and because most adults get exposed often enough that they maintain good immunity to RSV. And there lies the rub, since we have spent much of the last three years protecting ourselves from respiratory diseases with social distancing and masking, we are all relatively non-immune to RSV and we are going to have to rebuild relative herd immunity over the next few months in both kids and adults. We’re not going to get far into what has become a significant political issue, but lockdowns, and especially school closures, may have protected us against the worst of COVID, but we are now paying the price in reduced global immunity to what would usually be considered “routine” infections (to say nothing on the now well-documented effects on education). What we hope to learn from this is that we have to consider the potential second and third-order effects of health policy decisions.

Rather than looking at causes, however, we need to look at what to do going forward. The single most important thing you can do right now is to make sure that you and everyone around you are immunized against the flu. As we know, unfortunately, the flu vaccine is not 100% effective, and, in fact, while it varies by year, it is roughly only 50% efficacious against flu in terms of both infections and severe disease. 50% is much better than 0, however, so please get your flu shot. We still feel that a COVID booster for otherwise young and healthy people is reasonably debatable if you only look at the individual, but we are convinced that on a population basis, it does help reduce the overall viral load on a community. And for people who have any risk factors for more severe disease, it does reduce risk. Especially with the impacts we are going to see this winter from RSV and Flu, if we can reduce overall circulating levels of COVID virus, that is going to help reduce impacts on people in the at-risk categories, and thus help ameliorate impacts on our hospitals. For these reasons, we are continuing to encourage most people to get the new bivalent booster, but we understand and don’t argue with younger healthy people who argue that the risk: benefit ratio is not there for them as individuals. This also applies to parents who make that argument as it relates to their kids since we still don’t have a great understanding of any longer-term impacts.

If you do get symptoms consistent with respiratory disease and are in any risk category, you should consider getting tested, typically with a multi-panel test that includes RSV, COVID, Flu, and sometimes other viruses. There are effective antiviral treatments if it turns out to be COVID or Flu. Beyond that, and without regard to what kind of virus is causing your upper respiratory infection, the basics are the same for most people: push fluids, Tylenol, and a non-steroidal like Motrin or Aleve for aches and pains, a decongestant to help decrease secretions, and an expectorant to help make secretions less viscous so you can clear them more easily. Grandma’s remedies such as warm saltwater gargles, chicken soup, and tea with honey and lemon actually have some science behind them, so don’t count them out, either.

There are reports that Pfizer will be seeking approval in the near future for an RSV vaccine, but in the absence of a severe epidemic that requires an emergency use authorization, that is unlikely to have any impact this year.