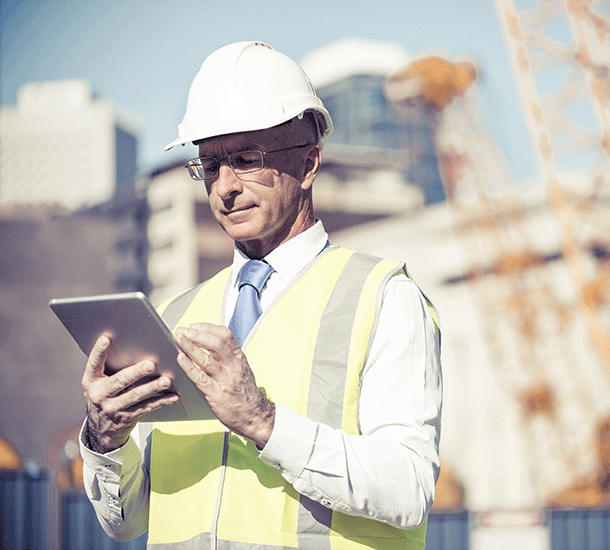 COVID is not going away easily. Omicron sub-variants BA4 and BA5 are rapidly replacing BA2 and BA 2.12.1 in much of the world, and because they are so much more infectious and with enough change from earlier variants to somewhat evade resistance from either prior infections or vaccination, they continue to put upward pressure on case numbers.

Currently, omicron variants are dominant in most of the world pushing out older variants through the late fall and early winter. Two things were simultaneously happening that increased people’s susceptibility to infection: First, we know that resistance to infection lowers over time from a previous infection and as we went through the winter, we were well outside the time for good protection for those who got the early variants of COVID. Second, omicron and its subvariants have enough differences from the pre-omicron variants that they are inherently less susceptible to whatever antibody immunity a person may have.

Now, we are about 6 months out from the early omicron variants, so again, resistance is declining and there is good data that the new variants, BA4 and BA5, have enough difference from the original omicron BA1, that a similar situation is developing with many people having reduced protection to what is already a resistant strain.

For areas where BA2 and BA2.12.1 rapidly replaced BA1, which includes much of North America, Asia, and the Middle East, those who got those variants seem to have fairly good resistance to BA4 and BA5, but areas of the world that skipped over the BA2’s, which includes much of Europe the BA4/BA5 combination is hitting pretty hard.

The US has been fairly flat since early May both in terms of reported cases and deaths. Interestingly, hospitalizations have been slowly increasing, but not ICU care. This is a testament to the effectiveness of treatment regimens that have been developed, including antivirals and steroids. People, especially those who have risk factors for severe disease and are not vaccinated get pretty sick at rates comparable to what we were seeing with Delta, but once they get to the hospital, in most cases, they are effectively treated and get discharged fairly quickly.

Europe has seen a doubling in reported infections over the month of June, currently representing over 50% of all cases worldwide, although deaths have continued to decrease. In recent weeks, for the reasons outlined above, significant increases have been seen in Germany, France, Italy and Greece, but in none of these countries have these case increases translated to deaths.

In Asia, no countries are seeing notable decreases in cases with the exception of Taiwan, but there, through May and June, the cases were so numerous, that the decreases now are just a return to levels comparable to its neighbors. As you know, we have paid special attention to Israel throughout the pandemic because Israel has a very well-developed public health system, good research capabilities, a relatively vaccine-compliant population, and early access to vaccines and therapeutics. But even with all of these advantages, Israel is in the midst of a wave that appears to be as large as just about any wave other than the initial omicron wave of January and February. Interestingly, because Israel did have a high B1 wave, they did not have a high B2 wave, but now it appears that because of the lack of a B2-predominant wave, there is fair evidence that this has left the nation more vulnerable to the BA4 and BA5 variants.

So, what does this all mean for the future? Are we doomed to a continued cycle of this combination of waning immunity and new variants keeping us from ever reaching herd immunity, so COVID goes on forever? The short answer is, Yes. But this has been happening with the other 4 primary coronavirus strains with their variants for hundreds if not thousands of years. Over time, we, as a global population, build up some innate immunities, and even though these viruses are out in common circulation, their impact is muted. The big question will be how long it takes to get to that point and can we build a universal covid or even coronavirus vaccine that will make these non-issues in a short time?

We mentioned the impact of vaccination on outcomes. New York City has some of the best data on this and it is becoming even more clear that even with new variants, being vaccinated leads to a significantly lowered risk of all three parameters of cases, hospitalizations, and death. In fact, the relative risk is not remaining steady, but since the beginning of June fairly rapidly diverging even further, with rates in unvaccinated people steadily increasing, while rates of cases, hospitalizations, and deaths slowly decreasing amongst those who are vaccinated, even those who are not boostered.

Despite that, vaccination rates in most of the world have barely budged. While vaccination rates do significantly differ around the world, most industrialized countries are at around 2/3rd of the population vaccinated and stuck at that point. One of the main arguments against vaccination has been the rapidity of development leading to a lack of trust that we are fully aware of the side effects. Many hope that as the Novovax vaccine is finally authorized by the US Food and Drug Administration, which is expected shortly, this more traditional vaccine approach, which has had a much longer development and testing cycle, will change the calculus for many of the holdouts.

For those who are not vaccine-averse, the FDA advisory panel this week backed the fall fielding of new vaccines from Moderna and Pfizer/BioNTech which will be the first multi-valent vaccines for COVID. These vaccines contain the mRNA code for both the root COVID virus as well as components of BA1. Moderna, who has published the most in-depth research on this approach has demonstrated in their labs both excellent sustained efficacy and indications of durability against BA2, but now increasingly more importantly BA4/BA5. Of note, 2 members of the panel of 13 voted against this. Reports are that this was because they are concerned that picking BA1 as the source for the second component of the vaccine is short-sighted because there is fair evidence that BA1 (as opposed to BA2) infection, does not provide adequate cellular immunity protection. What this means is that while the vaccine will help protect against infection, once infected, it may not provide adequate protection against a simple infection progressing to severe infection.

We would love to say that this has the potential, once again, to get us to herd immunity, but we don’t believe that vaccine uptake will be high enough or rapid enough to get the population to the point where we are all immune at the same time.

In other vaccine news, as we have mentioned in previous weeks, we are not pushing too hard on vaccination for the littlest kids as we still want to see some longer-term data on the shot’s safety. However, we do want to emphasize that if a child has any risk factors for severe COVID, then we have enough safety data to be confident that the risk of disease and associated risk of a bad outcome is high enough that we would not hesitate for this population, and similarly, if these smaller children and regularly and unavoidably exposed to higher risk adults, such as grandparents, who may be at greater risk, then vaccination makes sense. But for the majority of kids who are not in these categories, their low absolute risk of a bad outcome from contracting COVID makes the case very debatable. On top of that, even when these families do want their littlest ones vaccinated, they are having trouble. Pharmacies will not generally vaccinate children under 3 or 5 years old, and pediatricians’ offices are generally swamped with the unseasonal colds and cases of flu that are hitting us as we described last week.

With so many people continuing to get both COVID and other upper respiratory infections, we will close out this week with our recommended strategy for how to manage a workplace or even a family during this phase of the pandemic:

First, if the law in your region and your corporate or family culture permits, we strongly encourage requiring vaccination (with broad exceptions allowed for medical and strongly held beliefs). As we previously described, the rates of deaths, hospitalizations, and even cases are significantly lower in vaccinated people and that difference is growing. Furthermore, in a highly vaccinated environment, while you cannot likely prevent all infections, the chances of a super-spreader event or chains of transmission are greatly reduced. In our opinion, these factors do make vaccination business essential, because the rate of vaccination in your population is directly related to personnel availability and overall productivity.

Second, if someone has cold or flu symptoms isolate them and do not allow them in the workplace. These people should remain out of circulation until they are fever-free for 24 hours and with reducing symptoms. Ideally, they should test daily to every other day while ill in order to identify COVID as soon as possible, but even if they choose never to test while ill, they should test with an antigen test before returning to work.

Lastly, if someone in the organization does get COVID and proves it by test, they should follow the CDC isolation guidance and isolate to the greatest extent possible for 5 days (from first symptoms), and once that time has passed, they should do an antigen test. If that test is negative and they are fever-free for 24 hours and feeling better, they can return to their normal routine. If they do not test negative, they can keep testing until either they do test negative or they got to 10 days from the start of symptoms, at which time no additional testing is needed.