This Week on COVID-19: Case Rates, Therapies, and Vaccines 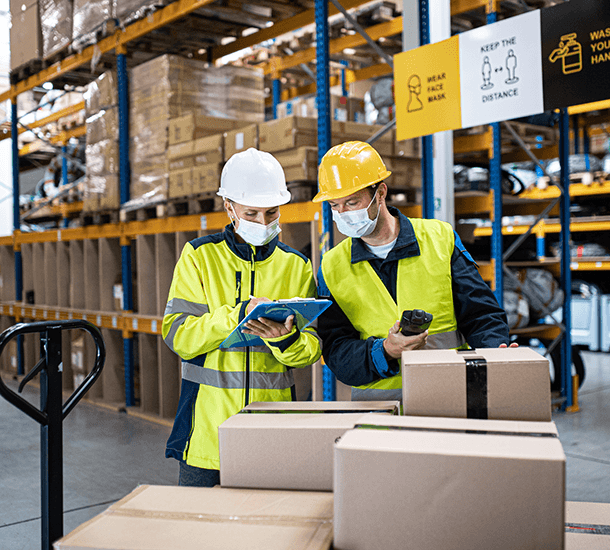 In the United States, the overall rate of new COVID-19 infections decreased by nearly 1/4 in the last week. At the national level, we are seeing about 32 new cases per 100,000 per day averaged over the last seven days. 23 states are below the first threshold level of 25 cases per 100,000 per day. This is the level at which jurisdictions can start thinking about backing off on some of the most stringent requirements, but this still represents significant community transmission of the disease. Additionally, there is not insignificant concern about the Super Bowl’s effect on transmission. If the associated parties and gatherings are to cause another bump, we would likely see that over the next several days.

In Europe, after a small peak in the first week of this year, there has been a steady downward trend over the last three weeks, although not as steep a downward trend as in the United States. Many believe this may be due to a greater impact of variant strains in Europe.  Daily new cases peaked in the UK at the end of the first week of the year at nearly 70,000 new cases in a single day. Since then, there has been a steady downtrend with a seven-day average of around 22 cases per 100,000 per day, compared to a peak of nearly 90 cases per 100,000 per day in early January.

At face value, this does give some hope that other parts of the world may not see the expected significant increase in cases as the UK and South African strains play more of a role. These other countries, however, should look at the other component of this significant decrease which was that the United Kingdom has gone into near lockdown over the past month. This legally enforceable lockdown rule starts with the phrase “you must stay at home.” There are minimal exceptions including shopping for necessities, going to work if that cannot be done at home, outdoor exercise – but limited to once per day, seeking medical assistance, and attending certain education or childcare environments.  Violation of the quarantine starts with a £200 fine and can go as high as £6400 for repeated violations. Currently, the expectations are that this lockdown will last into or through the 1st week of March.

Cases in Asia continue flat to a downward trend with overall levels at or below the negligible level of 1 case per 100,000 per day.

A well done, peer-reviewed study from a major journal demonstrated that at least 95% of people demonstrate effective immunity at least 6 months after infection.  The six month time is not an outer limit, but only as far as the data goes.  The response to this will likely be that the CDC will extend the recommendation that no quarantine is required after exposure for 6 months following the onset of proven COVID-19 infection.  Any change in policy will likely require a couple of weeks, though, and there was no comment on what this means for vaccine-induced immunity, although certainly a positive finding.

There is no significant news on testing or increased availability. As rates come down it is marginally easier to get a PCR test within 24 hours, but the promised availability of at-home antigen testing has not materialized. One development that people should be watching for is that the CDC is considering recommending preflight testing for all domestic air travel. The travel industry is pushing back on that very hard pointing out that there is no evidence that air travel is accompanied by a significant increase risk in transmission. While this is true, the simple movement from area to area has been one of the great drivers of this epidemic. It may very well be that CDC will use this to decrease the amount of travel. Anyone who anticipates travel should stay closely attuned to these developments. There is no word on whether vaccination status would impact the requirement for testing.

There have been two developments on this over this last week.

This, like the Regeneron treatment, combined monoclonal antibody preparation simply combines two separate lines of antibodies. Anyone who is diagnosed with COVID-19 and has significant risk factors including age should actively push for treatment with monoclonal antibodies. On an individual basis, there may very well be good reasons not to get this but ensure that if someone with risk factors is not getting it, a physician has explained why they are not.

Over the past two weeks, there has been no appreciable change in the rate of COVID-19 vaccination in the United States. The US still averages about 1.5 million doses per day. Through this last weekend, the total has been just shy of 45 million doses administered, including about 34 million who have had one or more doses, or about 10% of the population. The federal government indicates that about 66 million doses have been distributed, that is still 33% of available doses distributed but not administered.

Because the bottleneck continues to be the inability of state and local governments to distribute and administer within their states, beginning tomorrow the US government will begin distributing directly to pharmacy chains in addition to distribution through state governments. Pharmacies will be required to follow the same state-level guidance as all other vaccine providers in that state. Typically, the pharmacies are managing their own appointing and tracking systems, so people who are in an eligible vaccine group should begin to follow their local pharmacy web pages for information on obtaining vaccinations by appointment. For the first week, only 1,000,000 doses around the country will be distributed via this route through approximately 5700 pharmacies, as they get the kinks out of the system. The pharmacy trade group says that they believe they can administer 100,000,000 doses per month if allocated that much.

The data continues to show that the vaccines are effective against both new and old strains of COVID-19, apart from AstraZeneca facing challenges with the South African strain. The World Health Organization has indicated that it still believes the vaccination will be beneficial and encourages the use of AstraZeneca even in areas with high rates of the South African strain. There is no news on the approval timeline for the Johnson and Johnson single-dose vaccine other than going to the advisory committee sometime this month. Given that it is already around the 10th of the month it is probably reasonable to expect that going to the committee on the 18th is too soon and that the 25th and the following weekend becomes the most likely time that Johnson and Johnson may be authorized. Johnson & Johnson has played down expectations of a large release of vaccine immediately upon approval, indicating more along the lines of low single-digit millions in that first week.