This Week on COVID-19, New Strains and the Potential Effect on Vaccines 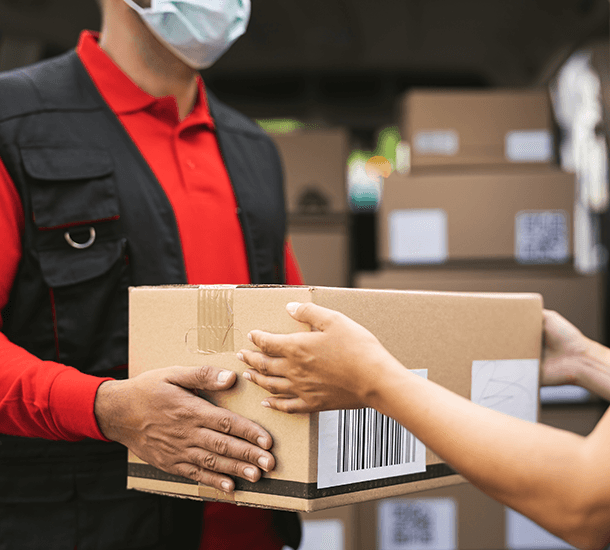 We are still in the midst of the biggest wave yet in the US, with rates increasing in most of the world. With the exception of the United Kingdom and South Africa, we can’t say that the new COVID-19 variants are responsible for the case increases. For now, it still appears that the bulk of the increase in cases is due to increased travel and gatherings over the end of year holidays. There are some indications that these increases are beginning to abate, but for now, doing what you can to reduce transmission is key: Do not engage in gatherings between households, do not travel out of your local area unless essential, and wear a mask whenever you are likely to be in the proximity of others outside your household.

The structure of any virus is a protein envelope that contains the RNA code for more copies of the virus inside it. The most important segment of this envelope for SARS CoV 2 is the so-called spike protein that acts as the key to open a pathway into a cell, the effectiveness of this spike protein in binding to a specific site on the cell and then opening up a pathway for the RNA payload to enter is what determines the effectiveness of infection. In these virus variants, the spike protein, which already did a good job of opening cells, mutated slightly and is now more effective as a key, and therefore, these virus variants are more infectious. This change in entry effectiveness, however, does not appear to change the severity of the disease that the virus causes, but if you cause more cases, by simple math, you will have more serious cases along with more non-serious cases. The actual length of the RNA code that creates the spike protein is made up of 2 molecule pairs called “base pairs” which of several thousand base-pairs long. The actual number of mutations is on the order of a dozen.

So, what does that mean for a vaccine? The two vaccines that we currently have, as well as the ones coming soon all create or carry the entire spike protein. When the body encounters these long proteins based on these thousands of RNA base pairs, the body makes many different antibodies against multiple parts of the spike protein chain, so even with changes in some of the protein, there are plenty of segments that have not changed. If the spike protein changed so much that the vaccine was no longer effective, it is likely that the actual function of the spike protein, which is opening cells, would also be compromised, just as a key does not work if the various ridges and dips are changed. Virologists and immunologists are keeping a close watch on this, but so far, there is little concern about vaccine problems due to these mutations in the virus.

The vaccine rollout is starting to gain speed. Tuesday was the first day that a million vaccinations were administered in the United States. Additionally, Pfizer developed a relationship with a new manufacturing plant that will be able to rapidly increase the production of the vaccine. Based on this, Pfizer has contracted with the US government for 100M additional doses, and with multiple plants in operation, the pace of vaccine deliveries should pick up. Pfizer is currently contracted for 200M doses by July 31. Right now, however, the bottleneck is not production, but end-stage distribution and administration. Collectively, states in the U.S. have only administered between a quarter and a third of what has been distributed to them. States are now looking at mechanisms for increased distribution. One of the most frustrated groups in this is community medical practices. These practices, in most areas, have been unable to get significant allocations of the vaccine as most have gone to major hospital systems and local health departments. Medical societies around the country are working with local authorities to get access to these undistributed vaccine stocks, but it will likely be a few more weeks until a more typical vaccine distribution model is in place. As a mechanism to increase the flow of vaccine distribution, both the incoming and outgoing administrations agreed to stop the practice of holding a dose in reserve every time someone gets a shot. Instead, they will calculate the anticipated flow versus the need to allocate doses.

Most local areas are still most heavily focused on immunizing healthcare workers, nursing home residents, and those over 75, with many states beginning to immunize those over 65 and some starting essential workers. Unfortunately, the best strategy for locating a vaccine is location dependent. Checking your county or regional public health service website every few days is the best way to stay updated. Additionally, checking your large local health systems is useful, as they have often been tasked by the state to develop programs for certain populations. Your provider may also have information, but at this point, most community doctors are about as in the dark as you may be. However, the situation is improving daily and everyone who wants a vaccine should be able to get a vaccine, likely by mid Spring.

What happens once you do get the vaccine, though? Can you just go back to normal activities? The official answer is “No”. The US Centers for Disease Control and Prevention and the World Health Organization both say that while the studies have shown effectiveness in preventing the COVID-19 disease, the studies were not designed to show that vaccine recipients are effectively prevented from becoming infectious. This is technically true, however, it is very unlikely, though not impossible, that the vaccine would prevent disease while still allowing enough viral load to support infectiousness. But for now, we are stuck with what CDC is saying, so until they are convinced as to lack of infectiousness as well as lack of disease, the recommendations for social distancing, masking, and various shutdowns will remain in place.

With the ongoing study of the millions of people who are getting vaccinated, we will have adequate data on infectiousness before too long, but even if we do not, we can expect two things to happen:

Right now, most places in the US are in the mid-double digits in numbers of cases per 100K per day. Once that number goes starts down, especially once it is single digits or lower, as it was in many locations this spring, the argument to keep the economy locked down will be removed. Some mask recommendations and efforts to decrease population density in certain areas may remain until everyone is vaccinated or case rates approach zero, but most of the economy will start getting back to near normal.