This Week on COVID-19, Increased Case Rates During Thanksgiving 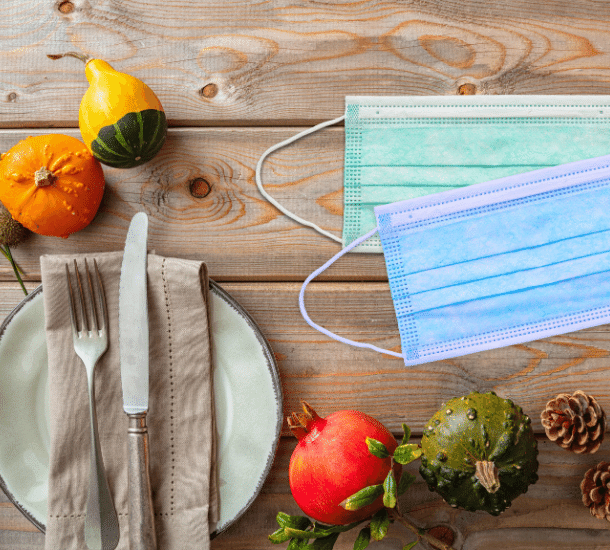 News on the continuing increase in COVID cases across the United States has been prevalent in the media. The current rate is a little more than double the rate we saw in mid-summer and approaches some of the most concerning predictions made by models – but only for case numbers, not those models’ dire predictions regarding deaths. The hospitalization rate is also increasing at a similar rate to cases, although the severity of those hospitalized is much lower.

As of Wednesday, about 11 and a half million Americans are known to have been infected with SARS CoV2. That represents about 3 ½% of the population. We know that this only represents a fraction of those who have actually been infected, let’s say it’s about a fifth, just to be conservative and about 95% of those infected generate immunity. To put it all together, somewhere between 15 and 20% of the population is immune. Most experts believe that herd immunity will require about 70% of people to be immune although the estimates are all over the map as there appears to be such extreme variability in people’s susceptibility to infection.

So right now, we’re about a quarter of the way to natural herd immunity, and that’s only if immunity actually is enduring – which for now is looking like a reasonable assumption.

Between now and the end of the year, if all continues to go right – we will have between 20 and 30 million courses of vaccines, both of which look to have around 95% effectiveness. By early in the new year we should have about a quarter of the population immune, as the vaccine production and distribution ramps up. By early to mid-spring, we should have enough people immune that we will be nearing effective herd immunity

None of this means that it is time to let your guard down on the personal mitigation approaches. In North Dakota as of Wednesday, 1.3% of the population is confirmed to be getting COVID-19 every day. Those are just the confirmed infections. That is nearly 10% of the entire state population in one week. North Dakota is the outlier, but the average state is seeing about .3 of a percent diagnosed every day, meaning about 2% every week. And again, some data shows that known infections are just a small portion of the overall number.

Regarding vaccines, we now have both mRNA vaccine Pfizer/BioNTech and Moderna who have released fantastic initial results, and both are likely moving to EUA application in the next couple of weeks. Additionally, Moderna announced that their stability studies for the vaccines indicate that they are stable at normal refrigerator temperatures for up to 30 days. This is going to make Moderna vaccine distribution significantly easier as it will be able to follow typical distribution pathways. Pfizer still requires ultra-low temperature transportation and storage, but it will be good for normal refrigeration at end-user facilities.

Asia is currently stable at low levels of transmission. Europe, which started its fall wave about 3 weeks before us, appears to have turned the corner, having peaked about 2 weeks ago. If we follow suit, there is a good chance that the US will begin to see our peak of this wave any time now. No guarantees, of course, as no one quite knows what Thanksgiving is going to do to rates. It is the season when people from different households get together, typically packed into smaller home dining rooms that may not have the best ventilation. There is a fair chance we’ll see a significant uptick by our next update. If you are getting together to celebrate, do what you can to keep risk low, especially if you have older or other at-risk friends or family joining your celebration. At a bare minimum, have everyone do the symptom check at c19check.com, spread people out, and do what you can to maximize ventilation.

This week, there is no significant news in treatments. The recently authorized monoclonal antibody therapies are just starting to get out to hospitals, but they are still in very short supply. Although a major Korean pharmaceutical affiliate of Samsung has indicated it is shifting production of a licensed version of the Eli Lilly treatment into high gear for US distribution over the next few weeks. This should have a major impact on availability.

The CDC just approved the first at-home Molecular test (which similar to PCR) this week. The widespread availability of this would be great for controlling the disease and for getting businesses even more back to normal. Unfortunately, there are three big things that will limit the impact. First, there will only be about 50-100,000 per month while testing ramps up. That is not even as many as New York does by itself in one month. Second, it will require a prescription, so that will limit availability. Third, the cost is about $50 each, which is comparatively reasonable, though may not lend itself well to quick testing before events or entry into at-risk spaces. Additionally, for now, it’s only authorized for use in people who have symptoms.

There is increasing debate on the value of antigen testing as a form of screening. Right now, it seems that cheap and frequent antigen testing will be useful in institutional settings such as nursing homes and prisons, but of less use in offices and production facilities which often experience high false positivity rates.