The Upcoming Flu Season and the Start of School 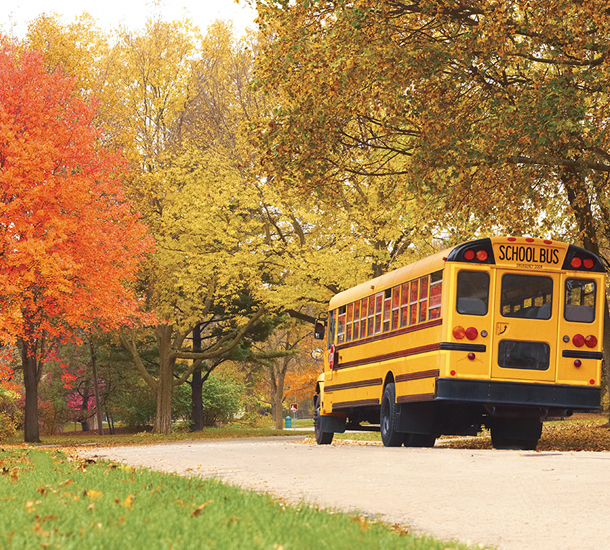 As we approach the latter part of the summer, people should be asking the question: “What will this year’s flu season look like?” A bad flu season, as we had 2 years ago, combined with COVID-19 would significantly run the risk of overwhelming the health system. To keep some statistics in comparison, in the United States, the worst recent flu season was 2017-2018. In that October to April season (about the same length of time that we have been dealing with COVID-19), approximately 900,000 Americans were hospitalized with flu and about 80,000 died from the flu and its complications. So far in the COVID-19 epidemic, we have had approximately 450,000 hospitalizations for COVID-19, and a little over 160,000 deaths. However, the definition of a COVID-19 hospitalization and a COVID-19 death can sometimes be a bit muddled, but the same can also apply to influenza, so at a high level these numbers can be comparable.

Fortunately, we have data from the southern hemisphere, which is right now at the usual peak of the influenza season. The influenza data from Australia and New Zealand is simply amazing. A typical flu season in Australia will peak around 10-11,000 cases of flu per week. This year, that number approximates zero. Typical influenza hospitalizations in their sentinel hospitals run on the order of 200 admissions per week; this year, again the number approximates zero. Similarly, in New Zealand, they usually have hospitalization rates for influenza at about 3 per 100,000 during the peak of the flu season, but this year the number approximates 0.

1. Get a flu shot. This year, 62% of the Australian population got a flu shot compared to around 40% in a typical year. In the US, the usual vaccination percentage rate is also in the low 40’s, so we need to push this rate up just like the Australians did. Fortunately, flu vaccine manufacturers have been ramping up their flu vaccine production over this summer, so it should be available in record quantities. Take advantage of that and get your flu shot. The best time to get your shot is in September so it has time to take effect before the flu season ramps up in October and November.

2. Do not get social distancing fatigue. Australia has instituted, and in some cases, had to reinstitute mandatory physical distancing rules and mask-wearing. While these provisions have been highly effective for decreasing COVID-19 rates, they have been even more effective at decreasing flu rates.

3. Australia closed the borders between the various states except for essential travel. This significantly decreased the movement of the Australian population, but it also greatly decreased the movement of goods and services and the economy has been devastated. As a matter of public policy, we may not be able to go to that extreme, but it does speak to minimizing travel until we are out of this.

Aside from flu starting up in the fall, this time of year also ushers in the new school year. There are many opinions and articles on both sides of the fence on this one, but it basically boils down to two issues:

1. The history of epidemics has consistently shown that one of the most effective ways to increase the epidemic rate is to have schools open.

2. Not being in school for prolonged periods can have long term, if not life-long effects on kids. When kids do not go to school, the losses in learning are hard to make up. The non-academic losses, including social skills, problem-solving skills, physical education, and the ability to work in structured environments, cannot be easily recreated in virtual environments.

We try not to take a specific position in these talks, but a couple of important points on both sides of the issues:

1. This discussion should not be about the health of the kids. Children are generally not significantly affected by COVID-19. The counterargument, compellingly, is that we should not tolerate the loss of a single life if keeping schools closed will save that life. But consider this: In 2017-2018, there were 528 deaths from influenza in school-age children. So far in this epidemic, there have been 56 deaths in school-age children. Yes, every one of those was tragic, but influenza is almost 10 times as deadly and equally preventable with closing schools.

2. It is about the health of the teachers and staff, a much higher proportion of whom might be at higher risk. That is the group the prevention argument should target, and even within that population, it is not a one-size-fits-all solution.

3. The last major consideration: kids bringing home the disease to potentially at-risk family members. This is a real concern.

Considering that at-risk family member issue, an important consideration is that many school districts are wrestling with the proportion of multi-generational households and families providing home care for relatives. Unfortunately, the rates for both are much higher in lower-socio economic groups but the children of those communities are also the ones at the highest risk of falling behind and losing out on the non-academic benefits of school.

This cannot be looked at as a national epidemic, but rather as a series of linked regional epidemics, each with their own risks, mitigations, population dynamics, willingness to follow guidelines, etc. This also applies to decisions on education. There is no one right answer and often we will find that even within a region, there are different approaches that must be used for different segments of the population.

On vaccines, the big news this week was the first national-level approval of a vaccine for general use. This vaccine was first entered into any human trials about 60 days ago and earlier this week, President Putin of Russia announced the approval of this adenovirus-based vaccine without the pesky detail of large phase 3 trials to prove safety, essentially turning the Russian population into a trial group.

The more mainstream vaccines, from Moderna in conjunction with the US NIH and AstraZeneca in conjunction with Oxford are both amid their phase 3 trials. Manufacturing is not waiting, however: The India Serum Institute has already started large scale manufacturing of the AstraZeneca vaccine and will be ready for large scale distribution, generally to economically disadvantaged regions, as soon as approval is granted; while the US Warp Speed program is ready to manufacture hundreds of millions of doses as soon as a candidate, or candidates, are approved.

New studies have shown that masks do have some benefit for the wearer. The hypothesis is that part of the reason we are seeing flat or even declining hospitalization and death rates despite case numbers that rose throughout July is because wearing masks may decrease the viral load exchanged during an exposure. The lower viral load appears to mean lower severity of the disease. So, keep your mask handy… not just for “the other guy” but for yourself, too.