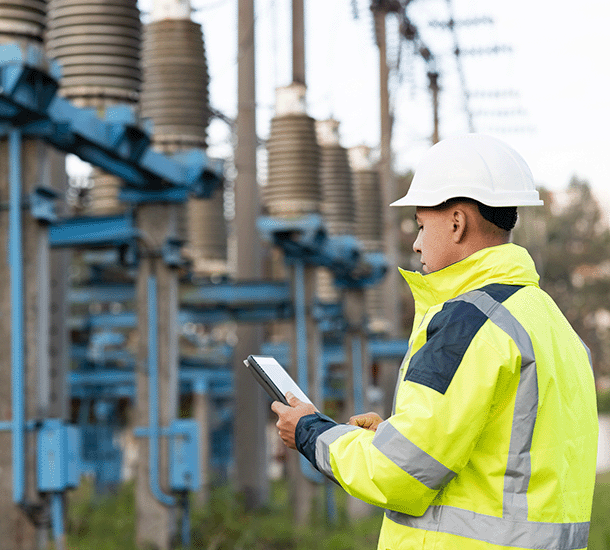 It is important to keep a couple of comparisons between COVID and Monkeypox in mind as you process the news about Monkeypox. First, COVID 19 is still having a much greater impact around the world, with cases still numbering over a million per day; and deaths globally are over 2000 per day. Monkeypox, on the other hand, has recorded about 30,000 cases in the nearly 3 months since it was first identified as an outbreak, with, as of this Monday, a total of 7 deaths, with only 4 of those outside of the endemic African countries. That, in no way, means that Monkeypox should not be taken seriously, as every case of any outbreak virus represents a chance for variants that could be more infectious or more serious or can change people’s lives, but for now, at least, there are multiple orders of magnitude differences on their overall impact.

Focusing on Monkeypox, we refer you to our blog from 2 weeks ago for an in-depth discussion on Monkeypox disease, transmission, risk factors, prevention, and vaccination. In the intervening 2 weeks, nothing significant has changed on the basic facts of the disease and the factors that affect spread and control. What has changed, however, is substantial attention being brought by the media to the perceived deficits in vaccination programs and testing.

Regarding testing programs, the capacity for testing has increased greatly over the last several weeks, with major commercial labs, state and national health labs, and many major academic medical center labs making Monkeypox tests available in a manner similar to other disease screening tests. The test is a PCR test, similar to the type of test used for COVID, so like COVID, it is not an immediate test, but requires typically 24 to 48 hours to process although a South Korean manufacturer has demonstrated a rapid PCR that can give results, in low volumes, in 90 minutes. For now, there is no rapid antigen test, and there are some characteristics of the virus that may make an adequately accurate antigen test more difficult to develop.

Still, however, because it is so uncommon for the viral syndrome of fever, chills, and body aches to significantly precede the very characteristic rash, and because there is very little asymptomatic but infectious period, there is not as much actual medical need for the test. Because of the way we have been conditioned with COVID that you must be tested as soon as have the first cough or twinge of a sore throat, many people are upset that the same attention is not being paid to making Monkeypox testing ubiquitously available, but the medical reality is that testing is only medically needed in the very small minority of cases that have few risk factors AND atypical symptoms. In most other cases, the combination of risk factors and a typical presentation of the symptoms confirm the diagnosis without a test. Most people do not need a test to confirm that, but your physician can help make a determination, and sometimes, people want to get a positive test as part of their own process of dealing with a new diagnosis. In economically developed areas of the world, these tests are generally available, but through the standard medical testing routes.

Regarding vaccinations, there is no doubt that there is a vaccine shortage. In the US, Federal officials this week announced that the use of a reduced dose of vaccine delivered to the skin instead of a larger dose should have a reasonable effect on the development of immunity. This is based on a clinical study from 2015 that looked at potential strategies for extending the availability of the current stock of smallpox vaccine in the case of a lab accident or intentional release of smallpox. As we discussed in our previous update, the main vaccine being used for Monkeypox, JYNNEOS, was developed primarily as an emergency use smallpox vaccine, but it is known to be extremely effective against monkeypox, so these emergency stocks are being used. While there has not been significant testing of this vaccine-sparing strategy against monkeypox, there is very good reason to believe that this strategy will be effective, thus allowing our existing stocks of vaccines to go 5 times as far, and potentially sparing some of the nation’s strategic vaccine stockpile in case of a release of the much more deadly smallpox virus. Even with this strategy, however, it is not likely that there is enough vaccine to protect every at-risk person or likely-exposed person.

Because of this shortage, some people have been calling for the use of the older smallpox vaccine, ACAM-2000. This vaccine is an updated version of the vaccine used for many of the smallpox eradication campaigns of the 20th century, but unlike JYNNEOS, this vaccine is actually capable of reproducing and causing a smallpox-like disease in immune-compromised recipients, and occasionally, in immune-compromised direct contacts of healthy vaccine recipients. This vaccine-caused disease has a known and predictable fatality rate, which while still low, is higher than the observed case-fatality rate for Monkeypox. Because of this, public health authorities are very resistant to the use of ACAM-2000 for Monkeypox and are keeping it in reserve in case there was to be a release of the smallpox virus.

So, this then comes back to the conclusion in the public health community that the best way to reduce the transmission of Monkeypox is to educate everyone on how the disease is transmitted. Again, we refer you to the update from two weeks ago, but the primary mode of transmission is contact with body fluids (primarily from the rash). Unlike COVID, in which a very small amount of contact with the virus is required to cause an infection, contact with these fluids must be prolonged and typically must involve mucous membranes or broken/abraded skin. Sexual contact provides a good environment for transmission, although this is not technically considered a sexually transmitted disease because it does not require sexual contact to transmit. Respiratory particles and surfaces can harbor the virus, but transmission via the respiratory route or surface contact is highly uncommon. Bed linens of an infected patient may be an exception (although actual transmission through this route is exceedingly uncommon and typically requires visually soiled cloth). Careful handling of linens/towels is important although routine washing is adequate for disinfection. Some people have expressed concern about transmission via clothing, and while an active investigation is undoubtedly ongoing on this potential route, this does not appear to happen. This is something that we will be watching closely, but for now, it is not a major concern, nor do public health authorities expect it to be.

To close out this section on Monkeypox, the main actions for controlling this disease are going to be community-based in educating people on how this disease transmits and showing that they can effectively and significantly reduce the risk of becoming infected by being careful about with whom they have prolonged close (especially skin-to-skin) contact.

Case counts in the US have decreased by about 17% in the last week. This does not appear to be a statistical anomaly and is consistent with what would be expected now that BA5 and BA4 strains account for over 95% of new transmissions. Despite that fact, media focus on “an ever-expanding number of people infected by COVID” (which would be the case even if we had 1 new infection per day) has polls showing a pessimism that COVID is not “getting better.” This is further reinforced by the current media focus on a newly identified BA4.6 variant, but so far it appears to be mainly displacing BA4 and not BA5, but this will bear watching, just as BA 2.76 did a couple of weeks ago. So far, there is no evidence that BA 4.6 causes worse disease or additional immunity escape, but instead is acting very similar to its parent, BA4. Again, this bears watching but at this point, no major concerns, although the media is making it sound very important and, frankly, scaring people. Notably, New York City has shown a steady decrease in cases since July 11, now at about 70% of the recent peak. The city is not yet near the threshold for dropping back into the CDC “Green” zone, but if current trends keep up, that would happen in about two weeks. California also remains at the medium-to-high community level, although rates in California have dropped by 18% in the last week. Around the US, only 9 states have increasing rates, and only 4, Vermont, South Carolina, Oregon, and Indiana have increases of greater than 5% week over week.

Globally, BA5 is maintaining a fairly steady state in the world taken as a whole with little change in global cases over the last 2 weeks.

Notable areas include Europe where cases have dropped by over 1/3rd since peaking around July 22, and the far east where Korea, Japan, and Vietnam are still at high levels of transmission, and still on an upslope, though not as great as two weeks ago. Australia has amongst the highest COVID rates in the world, but now on a steady downslope and with some consideration that Australia has maintained a much more aggressive case-finding program, so their rate is not that much higher than other economically developed countries.

For the first time since mid-April, new hospitalizations in the US are decreasing, and while increased deaths have been noted worldwide, the US and other developed areas, especially the UK, appear to at least be leveling off. Globally, today the WHO announced that deaths have decreased nearly 10% over the last week. As we know, deaths are a trailing indicator, with many of these recent deaths resulting from infections 4 to 6 weeks ago, so it is likely this statistic will fall even further over the next couple of weeks.

There is no significant new news regarding testing or treatments. Paxlovid and the monoclonal antibody treatment, Bebtelovimab, remain effective treatments for COVID. Generally, Paxlovid is the first line and Bebtelovimab is used if there are contraindications to Paxlovid.

Regarding prevention, which today, is primarily vaccines, Pfizer noted that they have already manufactured 150M doses of a BA5 COVID vaccine and authorization is on track in the US for September with relatively broad availability by early October. Moderna has consistently said that they will have a BA5 vaccine ready this fall, but they have not been more specific on timing. The US Government has purchased over 170M doses for delivery by year-end. That will likely be more than enough for everyone who wants a booster, given the booster uptake to date. No prioritization of boosters has yet been announced, but most authorities expect that there will be prioritization at least until there is a better understanding of uptake. European authorities are also targeting late September.

Doctors in China have reported an outbreak of the Langya virus affecting about 35 people in China. This calls to mind the beginnings of COVID nearly 3 years ago, but, importantly, this appears to be primarily, if not entirely, zoonotic transmission, meaning animal to human and not human to human. There is always fear that animal-to-human transmission can result in a variant that gains human-to-human capabilities, but there is no evidence that this has happened. Langya virus is in a family of viruses that sporadically affect humans and rarely cause outbreaks, but global health authorities will keep an eye on this virus.