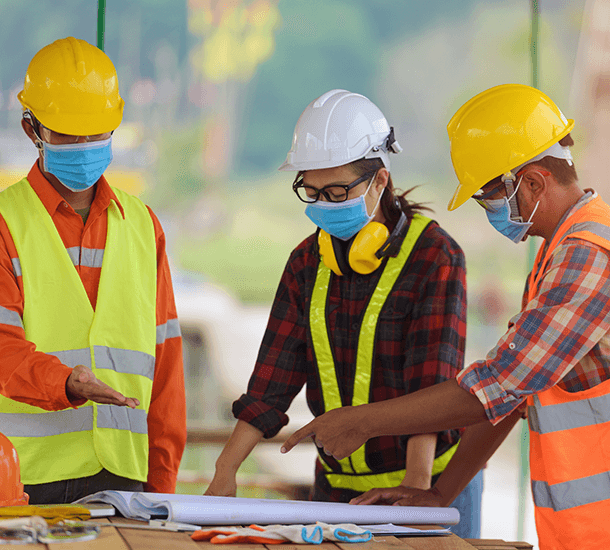 Apart from South Asia and Japan, the news on COVID rates is good in most of the world. Even in India, there are signs that the current wave is peaking, with roughly a 5% drop in cases over the last week. That does not mean that India and South Asian neighbors including Bangladesh and a little farther east, Thailand, are out of the woods yet. Their health systems are still overwhelmed but given what we are seeing around the rest of the world it is time to be hopeful. For Japan, the concern right now is not the absolute level of the case rate, which is only 5 / 100k/day, but the steady upward trajectory without any significant breaking feature being seen in its way. The vaccination rate in Japan is abysmally low on the order of 1 – 2% and masking and social distancing protocols have not taken good hold. The fear is that something needs to change in order to correct the trajectory between now and the start of the Olympics. Already pre-Olympic events are being canceled including some East Asian regional qualifying events to determine the final cut for Olympic teams. It is not at all impossible that this will be an Olympics without spectators and athletes living in a COVID quarantine bubble.

In the United States cases dropped over 21% in the last week, now running at about 12 cases per 100,000 per day. There is still some significant variability with rates in the individual states running from a high of 26 cases per 100,000/day in Michigan all the way down to 4 cases per 100,000/day in California. With very little question, what is driving this decrease in rates is the steady increase in the percentage of the population that is been vaccinated. As of Wednesday evening, almost 35.5% of the US population has been fully vaccinated, and about 46% of the population has received at least 1 dose. That’s over 60% of the eligible population, but it’s not enough to reach herd immunity.

For the United States, the biggest news of the last week is the approval of the Pfizer/BioNTech vaccine for use in children aged 12 and over. The process for the approval was somewhat backward from what we have seen with the authorizations for adult use. The FDA itself led the way early this week granting the emergency use authorization for Pfizer vaccine in ages 12-15, and then Wednesday the advisory committee on immunization practices unanimously endorsed the recommendation and provided the implementation guidance that programs wanted to see before including this age group. Major vaccination programs including CVS and most states have indicated that they will begin opening programs to age 12 and up beginning on Thursday, May 13. The importance of opening the vaccine up to more children is not primarily to protect these children as individuals because there are very few of them who would ever have gotten truly ill from the COVID disease. The real intent is to help the country get to a level of herd immunity which, given the 25 to 30% of adults who are vaccine refusers, we would likely never reach without adding in the 12–18-year-old population. Approving a vaccine for use in children is not something that the advisory committee on immunization practices takes lightly. Even more so than with adults, the committee required that Pfizer demonstrate the highest levels of safety as well as acceptable efficacy. It turned out that the vaccine in children did extremely well on both counts with no significant side effects and effectiveness approaching 100% for any degree of disease and clearly 100% for serious illness and death. So now just as vaccine programs are seeing a significant decrease in the number of adults interested in getting vaccinated this new older child population will be added into the mix and we should see vaccination rates going back up to 1.5% of the population per day over the next week or so.

Additional data was just released on the Johnson & Johnson vaccine and side effects, primarily blood clots, that led to the pause and the use 3 weeks ago. The final data demonstrated that there were roughly 20 cases of clots related to the vaccine. There were no new deaths announced so in the end, it was 2 deaths and multiple hospitalizations. However, in reviewing the data, this was significantly less than would have been expected in the same number of patients due to having the COVID disease if they had not been vaccinated. It was on this basis that the Johnson & Johnson vaccine was allowed to restart. The US government announced today, however, that there will be no new shipments of the Johnson & Johnson vaccine next week. It is not completely clear if this is due to production problems or due to a pause based on the release of this new data. The Johnson & Johnson vaccine is an important part of our arsenal against COVID-19 but it is best used in the over 60 population which has not demonstrated a propensity for the development of clots. Otherwise, we recommend to patients that they get either the Pfizer or the Moderna messenger RNA vaccines.

In most of the rest of the world, there are similar issues and concerns regarding the AstraZeneca vaccine which has shown a similar propensity to develop blood clots. There is no data that shows one of these or the other has a higher risk for this problem, but in neither case is the rate high enough to take them out of use. It is likely that the AstraZeneca vaccine will still play a major role because the risk-benefit analysis still supports it and the much easier logistics of this vaccine means it will be important in areas of the world that do not have reliable access to the deep freezing that is required for the messenger RNA vaccines.

In the US many states are announcing targets to remove almost all restrictions on social and economic activity. In many places wearing masks while indoors will still be recommended or even required but capacity restrictions appear to be going away. The United Kingdom is on a similar trajectory, although it is moving cautiously because the decrease rate of decline in cases has plateaued at about 3 cases per 100,000/day across the nation and the UK would like to see that continue down to the negligible level of less than 1 case per 100,000/day, but, it is proving stubbornly difficult.

It is likely that we will begin to see reopening’s through the late spring and early summer in much of the world. This will all be justified not on vaccination rates but on case rates. Case rates will be driven down by vaccination rates, so in order to get there, everybody should do their part in getting vaccinated and help to answer other’s questions on the safety and effectiveness of the vaccines. Part of the problem the United Kingdom is seeing in the difficulty in making that last sleep to a negligible level is that their vaccination program is also showing signs of stalling.

But what about the concept of vaccine requirements or vaccine passports? Requirements for vaccination often result in greater resistance to being vaccinated so it is not likely that we will see major regional requirements. Very different however is the concept of vaccine requirement for certain activities in order to allow those activities to proceed without fear of virus transmission to the participants or attendees. Activities that could require vaccination will likely include things such as crossing international borders, attending crowded events, and similar activities that could be considered optional. Of note, the idea of a universal vaccine passport as which has been heavily promoted in Europe is proving difficult as even within the European Union they cannot agree on a standard reliable system for proving vaccination status.

In the US, many companies had planned to look towards Labor Day as a target for reopening offices and returning to normal travel policies. Increasingly and in many cases because of high interest levels from the employees, these businesses are looking to go back to office operations in the June / July timeframe. Once everybody that wants to be vaccinated has been vaccinated, it will be difficult to convince people that their activities should be limited or controlled, or impeded in order to protect those who have made a choice not to be vaccinated.