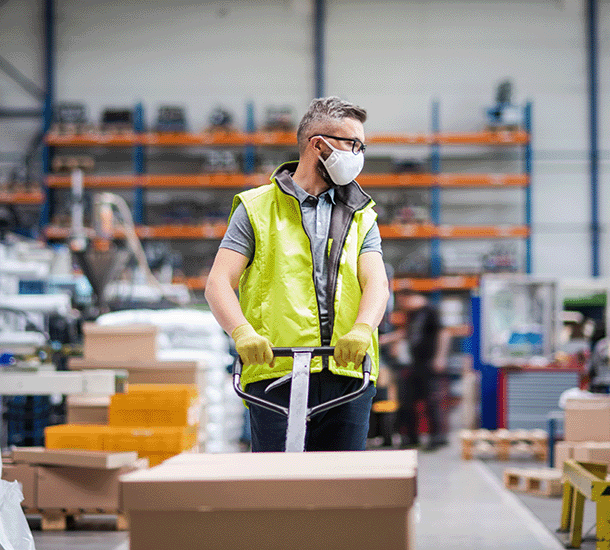 Over the coming week, we will have the 2-year anniversaries of the first Emergency Declaration by President Trump and the first school closures. As we hit the 2-year anniversary, it’s worth looking at where things are headed today. In the absence of another major variant, it does not appear that COVID-19 will have a major direct new influence moving forward. That’s not to say that we’re not going to see repercussions of the prior damage done to the economy, but over the next few weeks, most people in the country will leave masking behind and will get back to restaurants, parties, and travel without limitations due to fear of infection. Notice that we’ve said, “most.”. People who have significant health issues, and families with small children may still play it safe through the spring, much as they would, or at least should, during a bad flu season, but the remaining external restrictions will go away.

In Asia, where the omicron wave hit later and with less spike, the recovery is going to be delayed, but the data is starting to see at least moderation of increases.  Case levels are flat in South Korea and are trending slowly downward in Japan and Singapore. Hong Kong has just recently put together several days of decreasing cases, but it’s too early to call this a trend as all the data might not be in, yet.

Most of the rest of the world is on track for this to run down over the northern hemisphere spring and summer. But we should take a look at the UK. Cases there are up more than 40% in the last week with a similar increase in hospitalizations. Explanations do not include a new variant, but public health authorities do note that many of the older people who got the initial boosters last fall may be seeing immunity wane. This, coupled with the near-complete removal of restrictions and the complete opening of society may be providing this opening for a resurgence. The government in the UK is continuing to move forward with plans to remove remaining restrictions over the next few weeks while continuing to push vaccinations and boosters.

But aside from Asia and the UK, cases, hospitalizations, and deaths continue to decrease in almost all other areas and most authorities believe this will continue.

Moving back to our initial caveat… what about another variant. The chance of this happening is certainly not zero, but as the number of cases continues to decrease, the chance of a major variant also decreases since variant development is a function of case numbers. Additionally, and as we have mentioned previously, the fact that omicron is so infectious means that it will likely not easily be supplanted by a new variant, and for a variant to mutate in such a way as to be both more virulent and more infectious would be highly unlikely. If you forced us to put a number on it, we would say there is less than a 20% chance of a new major variant that puts us back in the cycle of restrictions and mitigations… but we’ll freely admit that’s just an educated guess and not enough to place bets on especially since we still do not have anything more than conjectures and assertions on how this got started in the first place. In absence of a clearly identifiable source, prevention of a recurrence is more difficult.

The big open item for prognostication is whether or not we will need another booster. The jury is still very much out on that. Remember that economic pressure will be pushing for a booster: another multiple billion doses of vaccine would be quite a windfall for the manufacturers. My guess at this point is that a booster will be recommended in the fall, we don’t need it to protect most people against severe disease or death, but the effect of the booster on reducing even mild infections and thus maintaining the relative herd immunity we are seeing now, will likely be seen as important as we enter cold and flu season.

Most recently, we’ve been asked many questions on complications associated with COVID. Yes, the issues with long COVID, but also about the indirect effects COVID has had on kids, and many questions about the concerns raised over the last week of apparent brain changes in some people who had COVID.

Addressing long COVID first, we have no doubt that it is real, but it is also not a single process, and the spectrum of continued problems are both physical and based on how an individual reacts to these physical issues. We’ve talked about this in the past, so we will not go long here, but in many cases, about a third, vaccination does seem to help long COVID. In more than half of the remaining, a program of social support and exercise seems to effectively address the symptoms. That still leaves a non-insignificant number who need further help and research is ongoing to get them that help. The big recent question is whether any of the long COVID, especially in this latter refractory group, is related to the new finding of brain changes. The bottom line is that it is too early to tell. First, the changes in the brain must be verified, and then other explanations, which could include things like the effects on neurons of decreased social stimulation from the prolonged stays at home, have to be investigated. Bottom line is that you should, in no way, feel that if you got COVID, you are at a higher risk for any type of cognitive impairment. While the media may imply that is the case in order to get your attention and ad dollars, there are too many confirmations and alternative explanations to investigate to make that jump.

But what about kids. Most authorities agree that kids that born during COVID and in the year before are just fine. Kids at that age are getting their socialization skills from their primary caregivers, usually parents, and in many cases that interaction actually increased as parents were home more. At around 3, though, children start shifting from solo play to group play. This play is actually very important developmentally because this is where they learn skills like cooperation, negotiation, sharing, team building, common goals, etc. This is especially important for older preschoolers for whom pre-school and kindergarten is the boot camp where they learn these skills as prerequisites for effective grade school experiences. Most authorities agree that kids are resilient and will rapidly be able to catch up to age-appropriate learning, but parents and teachers will need to both play a part in emphasizing some of these social skills that younger kids might not have developed as effectively while play was restricted during COVID. Encouraging group play, play dates, structured learning time, and maybe even some more supervised time in addition to adult-free development time will be important.

But as you read horror stories about all the ills that are going to befall our kids because of the COVID isolation, remember that people don’t get paid to write articles about how well kids do, they get paid to convince governments and schools to give them grants to study and devise interventions, so what you read will inevitably have a bias to finding problems.

One problem with kids and COVID that does appear to be true is that the average 12-year-old has put on about 8 pounds more than would be normally expected over the course of 2 years due to less activity and greater screen time. Getting back to something like the Play 60 movement of the Obama years or into organized sports will be important to get these kids back on track with healthy weight development.

While we’re always the optimist about getting through this effectively for ourselves and our kids, there are some warning signs for kids that should be kept in mind. The biggest of these are sleep disturbances, alterations in eating patterns, and signs of anxiety. If any of those are present, it is likely worthwhile to talk to your family doc about strategies for assessing and addressing any issues.

We’re going to continue to introduce subjects other than COVID in these weekly updates. The obvious issue for this week is the upcoming shift to daylight savings time which happens next week in most of North America and over the next few weeks in much of the northern hemisphere. Many sleep physicians believe that the change to daylight savings is actually more difficult on the body than jet lag. With jet lag, the shift in time accompanies a shift in light and dark patterns, but with daylight savings, your body does not get that light cue that causes physical changes in hormonal releases. Trying to get ahead of the change by slowly shifting your sleep and wake times over the preceding few days can be helpful. Also, do your best not to sleep in on the day the change occurs. Set your clock and get up at the time that you would normally arise on Sunday and do your best to get out and get bright sunlight exposure as early as possible. Other tricks of the trade are to time your sleep so that you continue to get at least 7 hours per night, avoid blue light and caffeine in the evenings, and don’t use alcohol to help get to sleep earlier, it disrupts sleep and makes waking even harder.