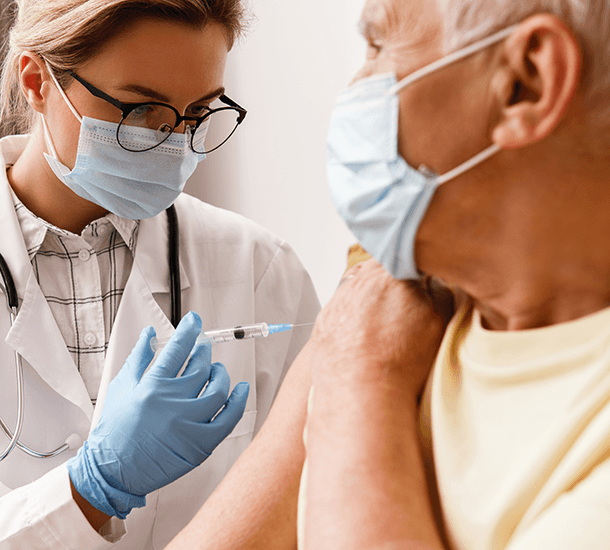 Back in April, when most of the world went into lockdown, many people believed that death from COVID-19 related to simple activities like going shopping. The actual rate of COVID cases peaked at about 10 cases per 100,000 per day on average across the United States. Those initial stringent measures did in fact “flattened the curve” until midsummer. In Europe and Asia, more controls remained in place and levels stayed fairly flat throughout the summer. In the United States, however, in early summer, about three months into the epidemic, people began to develop COVID fatigue and we all saw the pictures of large gatherings, and people returning to bars and restaurants. This resulted in a new peak that was over twice the peak that we saw in April at about 20 cases per 100,000 per day. Notably, Europe did not experience the same peak but, by late summer when Europeans often take a vacation, they also began to exhibit pandemic fatigue and went back to many of the typical late summer behaviors. This resulted in significant increases in case rates by the beginning of the fall. In the United States, while restrictions were generally not put back in place, a combination of public efforts to encourage people to wear masks and social distance levels returned to the April case rate levels. But then the colleges went back into session and the weather began to cool driving more people together in indoor environments. With that, case rates started up again. In Europe, by early November, rates reached approximately double that ever seen previously, but a doubling on efforts for masking and social distancing once again began to drive levels down in Europe. The United States was about three weeks behind Europe in seeing increases, also started to decrease rates about three weeks after the peak in Europe. But then thanksgiving happened. Thanksgiving with its accompanying heavy travel and large typically family gatherings drove the case rates to where they are today which is well over three times what the rates were during the summer peaks.

The point of all this is that if you were concerned in the spring, and concerned when rates went up in the summer, then you should be even more concerned today. The vaccine is coming, meaning the end is in sight. We have much better tools and understanding to significantly decrease the rate of severe disease and death, but we have not eliminated those bad outcomes, so the best strategy is still to apply prevention until you, your loved ones, and your coworkers have been vaccinated. Please consider foregoing large family gatherings and extensive travel for this holiday season. If you do get together, either stay in your family bubbles or assume everybody around could possibly be infected so wear a mask, and social distance.

The biggest news is that the Moderna vaccine is tracking exactly the same course that the Pfizer vaccine tracked. The FDA staff report was released which verified Moderna’s interpretations of the data from their study. The Moderna vaccine was found to be 94.1% effective at preventing symptomatic disease vs. 95% for the Pfizer vaccine. Clinically that is an insignificant difference. Importantly, not a single patient who received either vaccine died or required hospitalization.

More generally, there are three key questions to ask about the effectiveness of the vaccines:

The other question that people routinely ask is regarding the safety and side effect profile of the vaccines. Both demonstrated excellent safety profiles with no sustained side effects, but of course, this is only watching for side effects for two months. Importantly the history of vaccine development has shown that most side effects show themselves within about six weeks which is why the FDA Committee has been comfortable with recommending the vaccine. Still, there are some differences in side effects. The Moderna vaccine showed a greater propensity for muscle and joint aches and fatigue for the 24 hours or so after the vaccine. These side effects were not shown to persist for either vaccine.

The real prioritization for receiving the vaccine will be done at the state level. The top prioritization levels have received wide agreement, but after that, there is much divergence between the states. Right now, the first people getting vaccinations are typically frontline health care workers in hospitals. These people are primarily staffing medical wards or units where COVID-19 patients are cared for and emergency departments. The reason for starting there is that this is one of the highest risk populations for catching the disease. Very rapidly, however, vaccines will be moving to first responders and/or skilled nursing facilities, which would give the system the ability to get the kinks out of a distributed community-based immunization program.

From that point, state-level programs begin to diverge. Some states, such as New York have prioritized people of all ages who have significant underlying conditions that put them at significantly higher risk. Other states are extending vaccines first to healthcare workers to take care of that population who voluntarily puts themselves in contact with the disease to care for others daily.

In either case, it currently appears that there will be enough initial supply to get through all of the first groups in early January. By that time, the immunization program begins to get more complex, and because we will have to account for the second dose for all those immunized in the first wave. This second wave is where the greater political questions will begin to develop. The key groups in the second wave will be the remainder of our population over age 65 who are not immunized in phase one and critical infrastructure personnel. How each state defines critical infrastructure personnel will be important. Many components of critical infrastructure including food service workers, health care workers not picked up in earlier phases, infrastructure workers such as power line workers or water and sewer personnel. But what about banking and the rest of the financial sector? What about construction workers? And a big political question is what about staff and faculty of schools and colleges? Many states are choosing to make blue-collar critical infrastructure workers very high in the phase two priority as that does begin to reach into medically underserved communities in various economically disadvantaged communities, which have been especially hard hit by the virus.